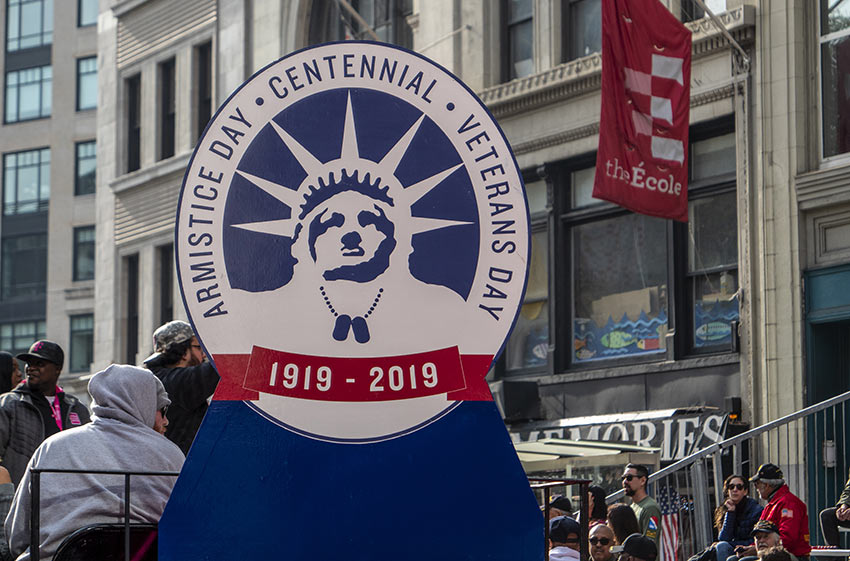 The 100th NYC Veterans Day Parade & Ceremony took place on November 11, 2019 from about 25th Street to 46th Street along 5th Avenue in honor of our armed forces members.

The day began chilly yet temperatures reached into the 60s by midday as thousands of veterans, marching bands and well known figures took part in the procession.

Prior to stepping off, a ceremony took place within Madison Square Park which involved a moment of silence at the 11th hour of this 11th day of the year’s 11th month. Following this, wreaths were to have been lain Eternal Light Flagstaff Memorial within the park.

Due to President Trump’s presence at the pre-parade ceremony, within the park, not all members of the press were allowed to attend.

Unlike our previous coverage of this ceremony we were not allowed to be present within the park due to President Trump’s presence at the event.

NY Senator Chuck Schumer was amongst the notable folk who participated as he helped along one of America’s oldest veterans in his wheelchair. Also present was Astronaut Buzz Aldrin (Edwin Eugene Aldrin Jr.) who we caught sight of at the 2017 parade, at which he served as grand marshal.

Historically, this NYC parade is known to be the largest of its kind in the United States. It was an honor to have once again attended such a celebration of some of this country’s bravest.