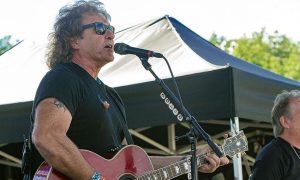 AUGUSTA, NJ — The menu at this summer’s 11th annual Rock, Ribs & Ridges festival is so appealing this year’s event has been expanded to three days.

Blackberry Smoke, which is celebrating their 20th anniversary tour with a new album in 2021; American Southern/country rock stars The Outlaws; the Artimus Pyle Band; The Weight Band; Pat Travers; and the Marshall Tucker Band head the lineup of Southern Rock bands and Hall of Fame performers.

Cowboys BBQ of Ft. Worth, TX, the 2019 “Best Ribs” and “Best Sauce” champion, will be among the top competitive barbecue rib teams from around the country serving up delicious Southern cooking and comfort food. 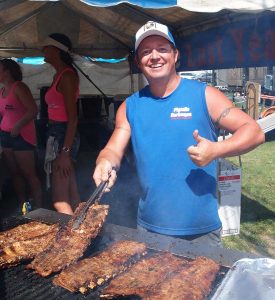 Tickets for the June 25-26-27, 2021 festival at the Sussex County Fairgrounds in Augusta, NJ are on sale now at www.rockribsandridges.com.

“After the Pandemic of 1918 came the ‘Roaring Twenties’, and based on our early ticket sales, we expect a similar reaction this summer with people wanting to be outdoors, enjoying themselves and safely spending time with their friends and families,” said Festival Executive Producer Howard Freeman of Promo1. “The size and openness of the Fairgrounds allows us to produce a safe environment in which to hold the Festival.”

Freeman noted the Festival will follow whatever guidelines and protocols Governor Murphy, the CDC and local agencies will have in place in June.

The festival’s atmosphere and people’s desire to return to outdoor living in this scenic part of the state are a strong match, especially for those who enjoy camping out or utilizing their RVs, as the festival is also seeing an increase in advance weekend ticket sales for those categories.

Blackberry Smoke, which has enjoyed success for two decades with albums such as Holding All the Roses and Like an Arrow, releases its newest album, You Hear Georgia, on May 28.They headline the festival on Saturday, June 26, along withPat Travers, The Weight Band, Jessica Lynn, and The Matt Coffy Band.

The hugely popular Outlaws have proven to be a festival favorite with their classic hits “There Goes Another Love Song,” “Green Grass and High Tides” and “(Ghost) Riders in the Sky” and will head the lineup on Sunday, June 27, along with the Artimus Pyle Band, Molly Hatchet, and Blackfoot.

Marshall Tucker Band and the Screamin’ Eagle Band will open the festival on Friday night, June 25.

And then there’s the food.

Rock, Ribs & Ridges attendees have the rare opportunity to enjoy award-winning Southern cooking from the country’s top pitmasters, who are scheduled to serve up ribs, brisket, pulled pork, chicken, corn bread, mac and cheese and more. These chefs will also be competing in a juried rib cook-off for the coveted titles of “Best Ribs,” “Best Sauce” and “People’s Choice.”