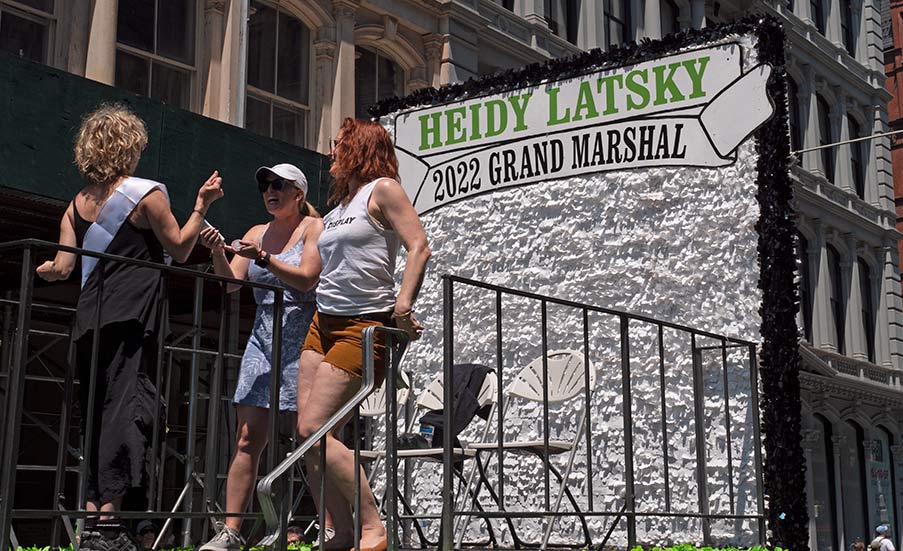 NYC Dance Parade Comes Back after Two Year Hiatus this 2022

This past Saturday on May 21, 2022, the 16th Annual Dance Parade & Festival came back to New York City’s streets to wow folks as its always done in years past with an in person live series of performances which took place from the Flatiron District to the heart of the East Village.

This year’s Dance Parade Theme was “Back to the Streets” with Heidi Latsky, Rich Medina and Eduardo Vilaro as Grand Marshals.

Highlighting the beginning of the moving dance were performances by Folk Dance Club Kaleidoscope (Ukranian and Slavic Folkloric Dance) and Ballet Hispanico.

The sultry high temp of above 90 degrees wasn’t hot enough to slow down participants of which there were thousands upon thousands. With far reaching dance styles and folks aged from the teens to the 80s and above there was something for everyone at this year’s celebration! All culminating with the annual DanceFest in Tompkins Square Park.

We’ve been to a good number of these parades in the past and this year’s was a joy to behold considering all that the folks of this city has had to endure over the past recent years. Thanks go out to the organizers as well as all who came to witness and share in the joy of music and dance.

Below are videos and photos taken at the parade.

Video compilation taken during this year’s “Back to the Streets” Dance Parade in NYC:

Some quick photos from the parade: