The day was March 16, 2019 and millions could be found on the streets of New York City for the 258th Saint Patrick’s Day Parade on a beautiful, cool and sunny day. Imagine that, a parade that’s been going on since 1762 and considered to not only be the oldest but, as well, the largest in the world.

The Fighting 69th Leads the way in the 2019 St. Patrick’s Day Parade 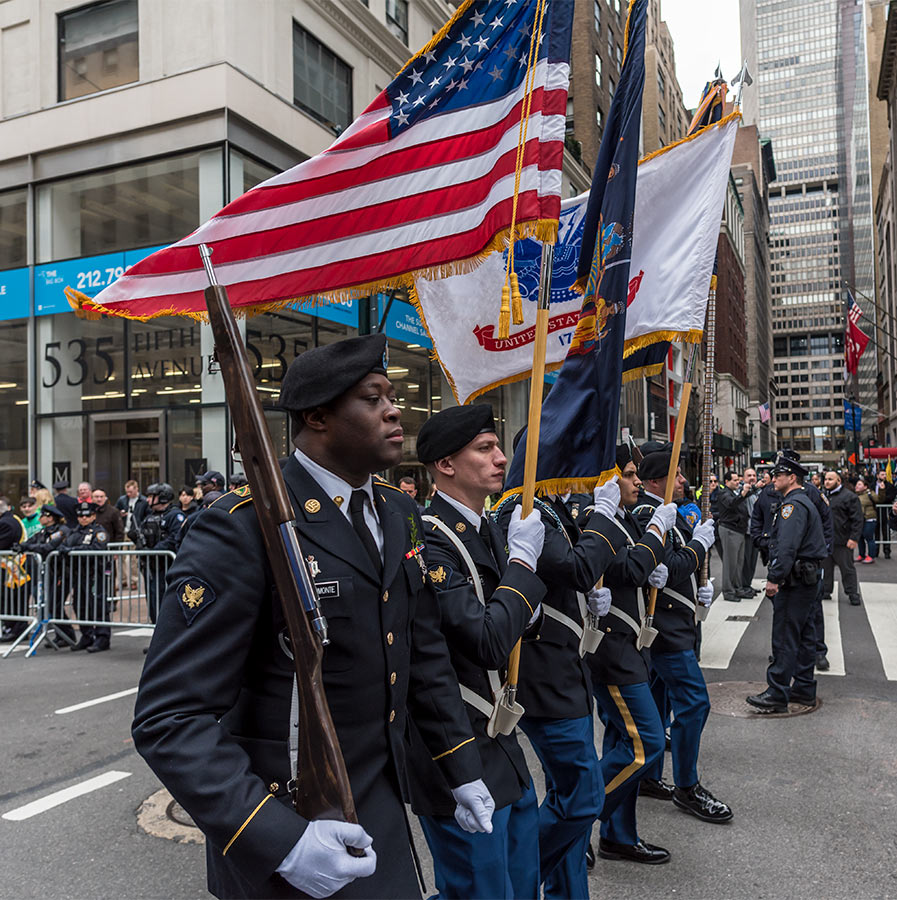 Starting off from 44th Street the parade proceeded up 79th street along 5th Avenue. Traditionally leading the way was the “The Fighting 69th” (69th regiment of New York) followed by the 42nd Infantry Division Band, New York Army National Guard.

This old timer took a hold of me and brought me to the side. He then yelled, “take my photo!” I obliged whilst he yelled how he was retiring soon. Congrats! 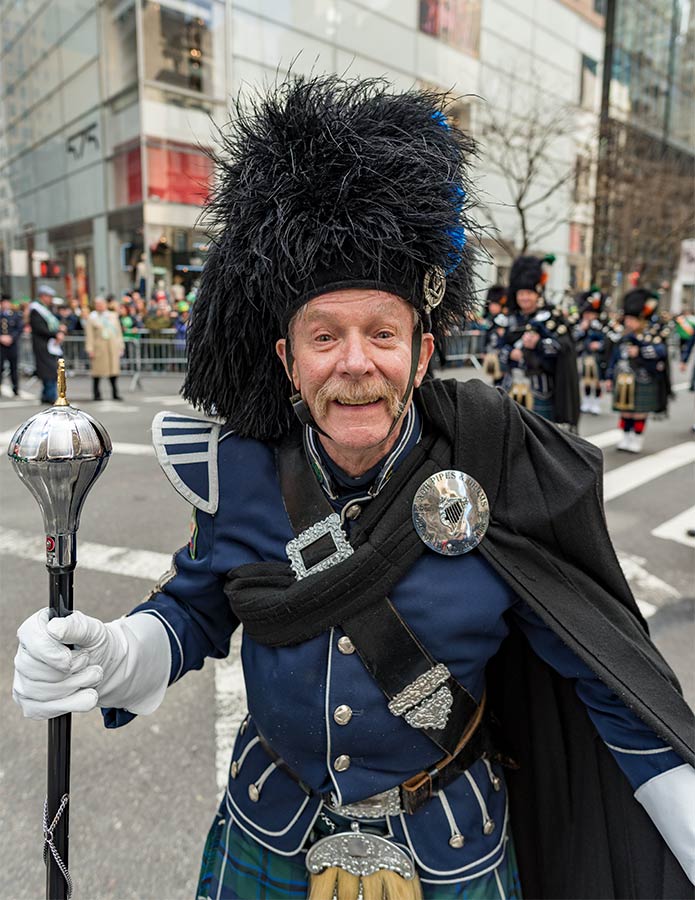 With well over 100,000 participants and spectators numbering way beyond a million or so, the parade is a heartening reminder of the great and wonderful Irish spirit of New York City. A day when it’s said, everyone is Irish! Although I may not have been wearing any emerald colored garb my heart and spirit surely felt welcomed on this day; as I’m sure did many of NYC’s other citizens and visiting tourists. 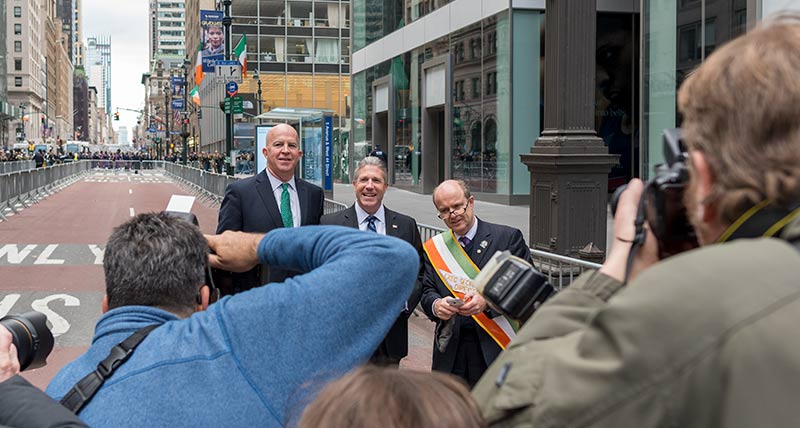 This is surely one of my own favorite parades when taking in to mind the many bagpipers and drums. It’s a formidable and yet soothing sound to my own ears. I take great delight in being able to experience this show in such a way. Add to that all the many men and women in uniform, as well as the marching bands, and it’s the sort of thing which just absolutely makes my day!
Also on hand were numerous politicians, dignitaries and notables. 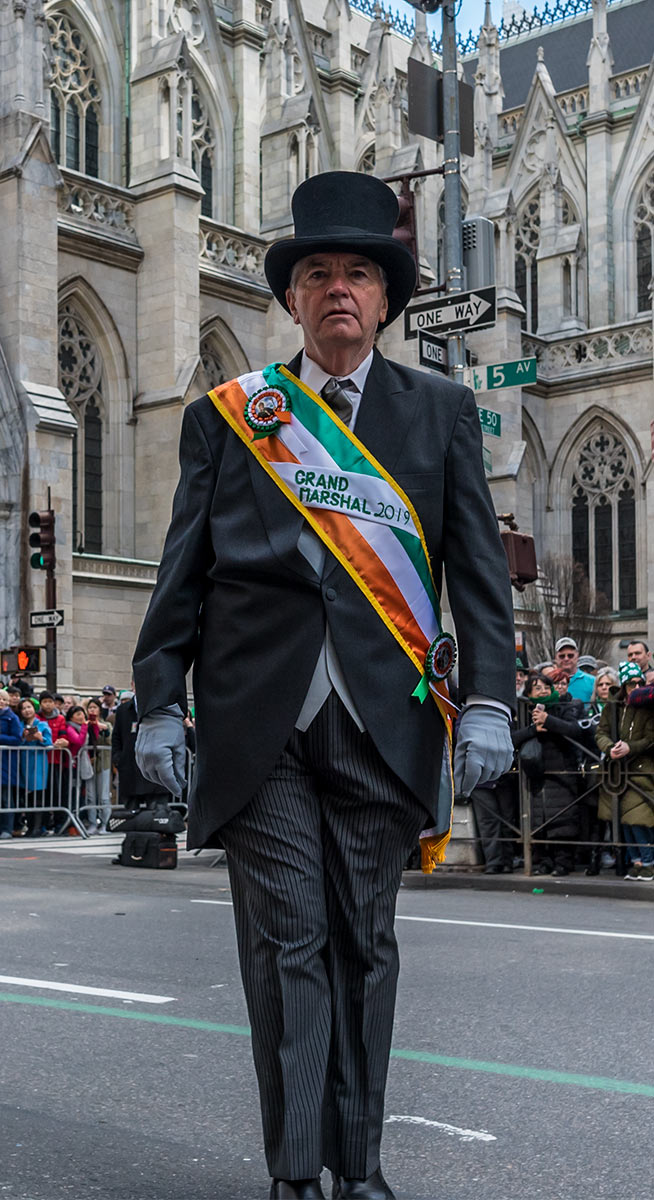 Others taking part in this grand annual affair were Grand Marshal, Dr. Brian J. O’Dwyer, Esq as well as numerous Aides to the Grand Marshal: Patricia K. Walsh for New York County; Ray O. Leyden  for Bronx County; Kieran M. Mahoney for Queens County; Bernard J. Cassidy for Kings County; Cornelius M. O’Sullivan for Richmond County; Aidan O’Kelly-Lynch for Westchester County; Maureen T. Caffrey for Nassau County; William J. Gorham for Suffolk County; Daniel C. Donohue for Rockland County; Michael J. O’Keefe for Orange County; Thomas J. Maguire, James G. O’Shea for United Irish Counties; Thomas B. Farrell for United Emerald Societies; Monsignor Kevin J. Nelan for Knights of Saint Patrick; Siobhan M. Dennehy, Aide at Large: Monsignor Robert T. Ritchie for the Archdiocese of NY.
Surely it’s fitting that the Big Apple would play host to such a magnificent and well celebrated happening considering the Irish history here in our town. Since the early 19th century the Irish had immigrated to our country with a great many making up a bulk of our city’s population (25% of NYC’s population were Irish by the middle of the 1900s).
Yours truly looks forward to participating once again in 2020 as should you. 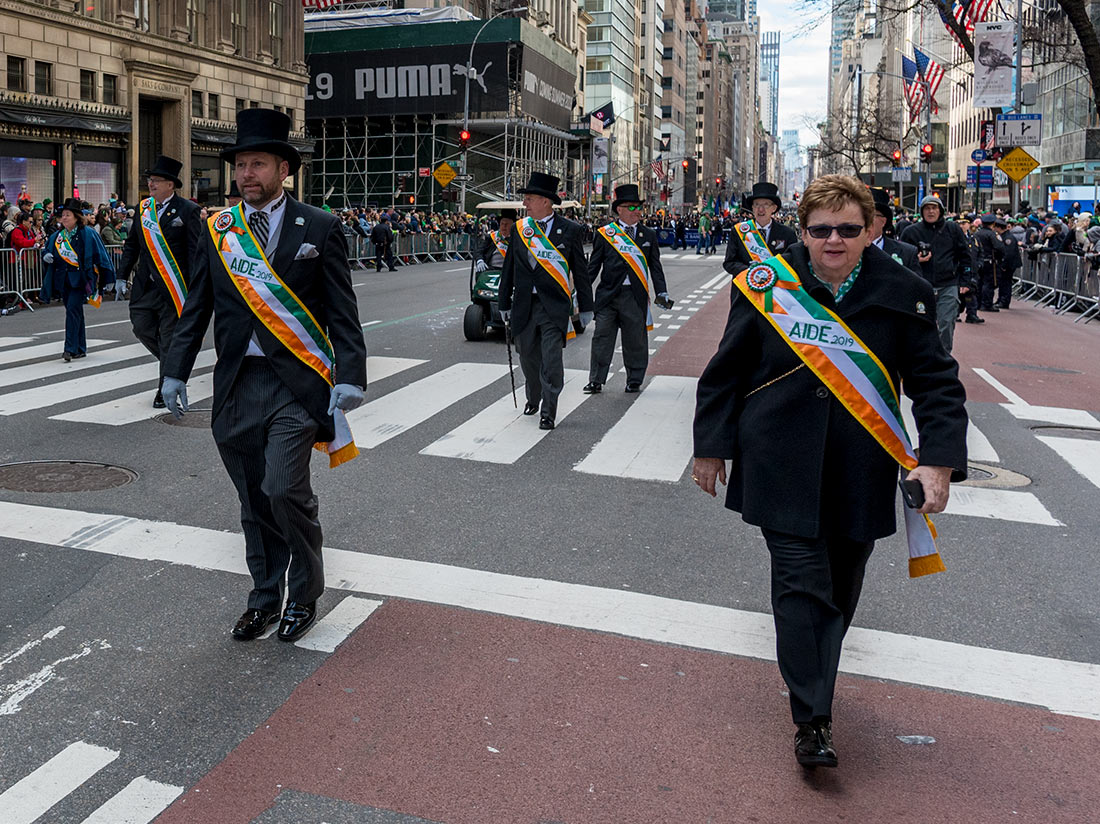 Here are a couple videos taken during the parade:

Following, is a photo gallery featuring some of the many photos captured during the parade: