Tickets range from $8-68 and can be purchased at www.chelseamusicfestival.org 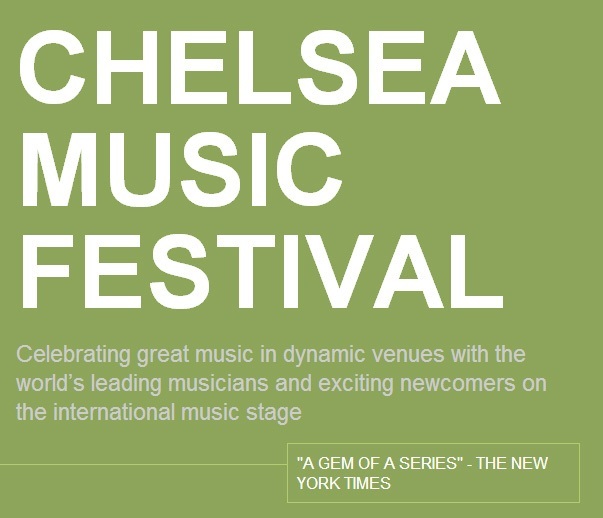 New York – May 8, 2014 – HEAR | TASTE | SEE – This June, the 5th annual Chelsea Music Festival celebrates Germany and Brazil through music, food and art. From June 6-14, 2014, over 100 artists from around the world will gather in New York’s Chelsea neighborhood and beyond to engage audiences of all ages with programs inspired by composer anniversaries of Richard Strauss (150), Heitor Villa-Lobos(55), and C.P.E. Bach (300).

As in seasons past, the Festival has named a noteworthy roster of Artists-in-Residence to lead and inspire a range of collaborative programs:

The panoply of Festival events will include evening and daytime concerts, free outdoor performances and street events, family events, Festival talks and panels, outreach events, and gallery viewings. This year’s musical programming will span Classical, Jazz, Brazilian folk and Jazz fusion, Baroque and contemporary classical, to which the Festival culinary and visual artists will respond to create dynamic multi-sensory experiences.