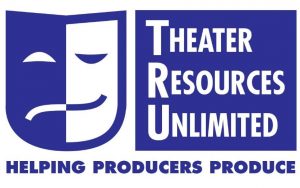 Theater Resources Unlimited Art and Activism: How Theater Can Open (and Change) Minds

Theater Resources Unlimited (TRU) announces their monthly panel Art and Activism: How Theater Can Open (and Change) Minds on Tuesday, December 22, 2020 at 6pm via Zoom. The Zoom session will open at 6pm for roundtable introductions of attendees, and the program will start at 6:30pm – come prepared with your best 20-second summary of who you are, and what you need. Reserve a spot on the event page at https://truonline.org/events/art-and-activism/ or by emailing [email protected]  – you will be put on a list to receive the Zoom link.

Guest speakers include Jane Dubin, chair of the board of directors of Houses on the Moon Theatre Company; Adam Hyndman, associate at Octopus Theatricals, board of Broadway For Racial Justice, co-founder of The Industry Standard Group; Ludovica Villar-Hauser, founder/artistic director of Parity Productions; actor and activist Dominique Sharpton; and Gayle Waxenberg, co-founder and executive director of NewYorkRep.

From its very roots in ancient classics that often shaped current as well as historic events into life lessons, to Shakespeare’s portraits of royal villains and heroes, to the cool-eyed issue plays of Brecht and the agitprop of Odets, theater has always been a political medium. Even when it is not overtly political, theater can be subversively persuasive as it invites us to empathize with characters and dares us to understand human behavior in its full spectrum of moral shades. In a world now in urgent need of greater inclusion, will theater fulfill its potential by bringing a wider range of stories to the stage that show audiences the many faces of “the other” and explore the state of our world in thought-provoking ways?

We offer these events free to TRU members in normal times, and currently include a pay-what-you-can tax-deductible donation option for non-members, to help make up for our current financial losses.

About the Guest Speakers

Jane Dubin is a TONY Award-winning producer and the President of Double Play Connections, a theatrical production and management company committed to supporting emerging artists and playwrights in the creation and development of new works. Jane is a graduate of the Commercial Theatre Institute’s 14-week (NYC) and O’Neill Center Intensive (CT) Producing Workshops and past Director of Theater Resources Unlimited’s Producer Development Program, and current Director of the program’s Master Class. Broadway/OB: The Prom (Best Musical – Drama Desk Award), Farinelli and the King (5 Tony nominations), starring Mark Rylance,  Bandstand, An American in Paris on Broadway (4 TONY Awards), National Tour and in London, Absolute Brightness of Leonard Pelkey (Off Broadway and on Tour),  Peter and the Starcatcher (Broadway, Off-Broadway, National Tour), winner of 5 TONY Awards; Ann, starring Holland Taylor (Lincoln Center); The Umbrellas of Cherbourg (London); The 39 Steps (OB, Tour); The Norman Conquests (TONY Award, Best Play Revival), Groundswell (the New Group), Beebo Brinker Chronicles (2008 GLAAD Media Award for Theatre). Other: OPA! at TBG Theatre (Best Commercial Production, MITF 2008), Take Me America (Best Musical, MITF 2007), Count Down, (Bank Street Theatre) and the one-woman show that started it all, MentalPause by Margaret Liston. Ms. Dubin is a full voting member of the Broadway League. She is Chair of the Board of Directors of Houses on the Moon Theater Company and a prior Board member of the League of Professional Theatre Women. For two years she was co-curator of the Hudson Valley Writers’ Center New Play Reading Series. She co-produced Hudson River Rising, presenting events for One Billion Ris-ing (V-Day) 2013 and 2014 and was a member of the Grand Jury for New York Musical Festival’s 2015 – 2019 seasons.

Adam Hyndman is a performing artist, producer, and activist. He graduated from Princeton University with a degree in Cultural Anthropology and minors in theater and dance. He has worked extensively in the arts, performing on stage and screen with roles on Broadway and television. Some notable credits include: NBC’s The Sing Off, Children of Eden at the Kennedy Center, Aladdin on Broadway, Once On This Island on Broadway and Hadestown on Broadway. Adam was a co-producer for The Inheritance on Broadway. He is currently incubating several projects as an independent producer as well as within the Tony Award winning team at Octopus Theatricals. Adam uses his experiences working with narratives to challenge his vision for the world, and it leads him to opportunities in and out of the arts. He is passionate about creating possibilities for people to connect and activate their purpose. Adam is honored to serve on the board of directors for Broadway For Racial Justice where he is specifically charged with curating community through mentorship and volunteer programs. His purpose in this work is for disruption, radical accessibility, and reconciliation, and he continues this as a founder of The Industry Standard Group (a community fund for BIPOC folks to invest and produce in commercial theater, the first of its kind). As an individual committed to excellence and progressive achievement through collaboration, he works toward the manifestation of a diverse and inclusive world.

Dominique Sharpton has been an influential force in the National Action Network since she formally joined in 2008, as the membership director. She led the organization in terms of expansion, and has promoted activism with the rising youth, motivating real action. Dominique attended Temple University, studying theater, music, and communications, then went on to attend The American Musical and Dramatic Academy (AMDA), in New York City where she graduated in 2007. Aside from her love for theater and children, she has also explored the realms of producing. For a year she co-produced her father’s syndicated radio show “Keeping it Real” with Al Sharpton, co-produced a Broadway event at Birdland Jazz Club with Amy Birnbaum, celebrating Afro-American music on Broadway and is currently producing her father’s live radio broadcast rally every Saturday morning from 9-11 a.m. on WLIB-1190 a.m. She has been diligently working on the forefront with her father, helping to organize marches and rallies around the country in pursuit of justice. She devotes a lot of time mentoring young people around the city, having recently co-founded a youth based organization with her sister Ashley called “Harlem INC” which has transformed into an entertainment Company called “Sharpton entertainment LLC”. They work to provide positive outlets for youth and showcase their many talents, as well as raising issues and hardships that young adults are facing and dealing with today. Dominique Sharpton is also the board president for Education for a Better America (EBA), which seeks to promote, fund, organize and conduct activities that will build an educational support system that serves the needs of students in urban communities. The mission of the corporation is to build bridges between policymakers and the classrooms by supporting innovations in the delivery of education; creating a dialogue between policymakers, community leaders, educators, parents, and students; and disseminating information that will positively impact our schools.

Gayle Waxenberg’s career began on Wall Street where she managed the marketing and corporate communications for a premiere investment bank. During her 11 years there, she won a multitude of awards for the creative and strategic campaigns she directed. She later started her own marketing consulting firm, Waxenberg & Associates, working with advertising, public relations and direct marketing firms servicing the financial industry. A born advocate, she left the for-profit sector and committed herself to raising awareness for those less for-tunate. Combining her extensive business experience and philanthropic work, she began giving “voice” to the different communities she served, and continues to serve; domestic abuse victims, hospice patients, substance abuse victims, immigrants, at-risk children and mental health patients. Gayle has been repeatedly honored for her service by the organizations she serves. Recognizing the power of the stories she captured, she launched the Telling Company in 2012 as a forum for telling real-life stories influencing social change through art.  She has now brought The Telling Company to NewYorkRep becoming a founding member with Markus Potter. Her first play, A Bitter Pill, premiered in 2016 at the Hudson Guild Theater, as part of the Venus/Adonis Theater Festival. Gayle also produced the mulit-award winning film Influence, and the London production of Stalking the Bogeyman, which received an Off-West End (Offie nomination) for best production and direction. Produced readings included Ben Elton’s Olivier award winning play, Popcorn, starring Sharon Stone and Stacey Keach. She is proud to have launched and produced a community-based program of readings, Thought Bubbles, to bring new theatrical work free to people who may not otherwise have access. Gayle is also a Founder/Past President and currently a Board Member of The Graham School Education Foundation, a Board Member of Danza Espanza, The American Spanish Dance Theater, and was an elected official.   She is also a member of the Dramatists Guild of America, the Off Broadway Alliance, Theater Resources Unlimited and a member of the League of Professional Theater Women.