Join us for our monthly discussion of an aspect of life in early 19th-century America. This month we will discuss the evolution of keeping pets, and explore questions such as: Was this a common practice in the 1800s? Why or why not? What pets were popular? What was the relationship between pets and new ideas of child rearing? Free.

If you want a photo of your pet included in a collage that we will share at the end of the lecture, email it to [email protected] by January 6.

PLEASE NOTE: This workshop will be conducted online via Zoom. Registrants will receive the viewing link by email on the day of the event. Please note that all times listed are New York time (ET).

Soft and fluffy, sweet and light, Japanese soufflé pancakes have captured the hearts of foodies around the world. This delectable comfort food is a must for both pancake and dessert lovers, but mastering these tall and delicate pancakes at home can seem daunting. Join us at this virtual workshop where Maiko Kyogoku, owner of New York-based Japanese restaurant Bessou, teaches how to cook soufflé pancakes in the comfort of your own home. She will be assisted by Bessou cook Sanju Gurung. This Valentine’s Day, let Japanese soufflé pancakes be the perfect sweet treat for someone special, or simply treat yourself! 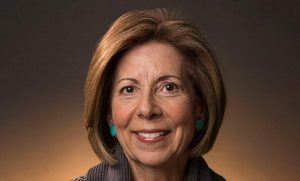 Recalibrate Reality with Scott Rechler and the 92nd Street Y

Watch President and CEO of the 9/11 Memorial & Museum Alice Greenwald in the latest episode of Recalibrate Reality with Scott Rechler and the 92nd Street Y. She shares her views on January 6th, navigating COVID-19 and the economic downturn, and the future of NYC’s cultural institutions.

Tune in Wednesday 3.10.21 at 7pm EST at https://www.92y.org/event/recalibrate-reality-alice-greenwald

Nobel Laureate Martin Karplus was eight years old when his family fled Nazi-occupied Austria, shortly after the arrival of German forces in 1938. They escaped via Switzerland and France to the United States, where he became a theoretical chemist.

Karplus conducted groundbreaking work in the 1970s to develop multiscale models for complex chemical systems, for which he was awarded the Nobel Prize in Chemistry 2013. He is the Theodore William Richards Professor of Chemistry, Emeritus at Harvard University and the Director of the Biophysical Chemistry Laboratory in France. He credits his life as a refugee as a decisive influence on his worldview and approach to science.

Join Karplus for a Stories Survive program exploring his childhood and accomplished career in science.

Click here for Karplus’ book Spinach on the Ceiling: The Multifaceted Life of a Theoretical Chemist.

Join us for our monthly discussion of an aspect of life in early 19th-century America. In honor of Women’s History Month we will discuss women activists in the 1800s, exploring the social issues they were supporting at that time.

Heroines Of The Holocaust at the Museum of Jewish Heritage

During the Holocaust, more than 3,000 women fought back against the Nazis in ghettos, forced labor camps, concentration camps, and partisan units. Join Dr. Lori Weintrob, Director of the Wagner College Holocaust Center, for a program exploring the heroic lives and legacies of these female resistance fighters.

Weintrob will be in conversation with Rokhl Kafrissen, Yiddish culture writer and Tablet Magazine contributor, and Rachel Rachama Roth, a survivor of Auschwitz who will provide her eyewitness testimony to the Warsaw Ghetto Uprising.

As a small child, Dr. Miriam Klein Kassenoff fled her Nazi-occupied hometown of Kosice, Slovakia (then Czechoslovakia) along with her parents and infant brother. They remained on the run and in open hiding for seven months—during which they had several narrow escapes, including an arrest in Spain—until they reached Lisbon, Portugal, where they joined tens of thousands of Jewish refugees awaiting ships to the United States. With the assistance of HIAS, Dr. Klein Kassenoff and her parents were rescued from Portugal in 1941, boarding one of the last ships to safety.

Dr. Klein Kassenoff became the founding director of the University of Miami Holocaust Teacher Institute. She is also the Education Chairperson at the Holocaust Memorial in Miami Beach, Florida, and the Education Specialist for Holocaust Studies for Miami-Dade County Public Schools.

Menachem Kaiser’s new book Plunder: A Memoir of Family Property and Nazi Treasure is the story of his quest to reclaim his family’s apartment building in Poland—and of the astonishing entanglement with Nazi treasure hunters that follows.

Kaiser’s story begins when he takes up his Holocaust survivor grandfather’s former battle to reclaim the family’s apartment building in Sosnowiec, Poland. Soon, Kaiser is on a circuitous path to encounters with the long-time residents of the building, with a Polish lawyer known as “The Killer,” and with a surprise discovery about his grandfather’s cousin that reshapes his quest.

Join Kaiser for a conversation with Stephanie Butnick, Tablet Magazine Deputy Editor and co-host of the leading Jewish podcast Unorthodox, about Plunder and the profound questions it raises about family inheritance. 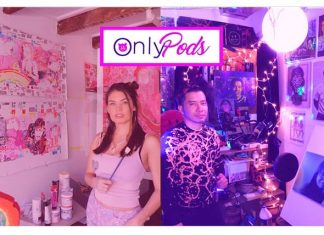