March 31 Update: Later in the day, the Mayor would have a press conference at which he would be asked about the controversy revolving around the people who helped create this hospital in Central Park.

Question: On Samaritan’s Purse, which is opening the Central Park facility, do you have any personal concerns about their organization? Did you choose not to attend because of that?

Mayor: Well, when I heard originally, Andrew, that there was, you know, an organization that was going to help Mount Sinai address COVID-19, I thought, that’s fantastic. I don’t have – the fact that it was moving so quickly was something that I found positive. Then when I heard more about the organization, and particularly some of the things I read from Graham [inaudible] it was very troubling to me. And I said immediately to my team that we had to find out exactly what was happening. Was there going to be an approach that was truly consistent with the values and the laws in New York City that everyone would be served and served equally. We’ve received those assurances from the organization. I spoke earlier today with the CEO of the Mount Sinai system, Dr. Ken Davis, who was adamant that they will only continue their relationship with the organization if those rules are followed, that they have a written agreement, that there’s going to be no discrimination whatsoever. We’re going to send people over from the Mayor’s Office to monitor. So, I’m very concerned to make sure this is done right. But if it is done right, of course, we need all the help we can get.

On Tuesday, March 31, 2020 a field hospital in Central Park will begin accepting patients. Located within the East Meadow section of the park the hospital is one of a number of instances where such temporary emergency care hospitals are being created within New York City. This all comes as a result of the city’s as well as the state’s continued announcements about how there’ll be a peak point on the horizon with the city being unable to meet the demands of record numbers of patients requiring hospitalization.

Also, very important, in Central Park, we’re going to be using every place we need to use to help people. Mount Sinai Hospital, working with a relief organization named Samaritan’s Purse, is creating a 68-bed field hospital. So, this is the kind of thing that you will see now as this crisis develops and deepens. The partnership with Central Park Conservancy, our Parks Department, and the Mayor’s Office – we all worked together to get this done with Mount Sinai and Samaritan’s Purse. Going up now in the East Meadow, should be operational by Tuesday.

On this same day, the USNS Comfort Hospital Ship arrived in NYC to also help in the effort to slow the spread of Coronavirus.

Found below are photos taken on Monday, March 30, the eve of the hospital’s planned opening. 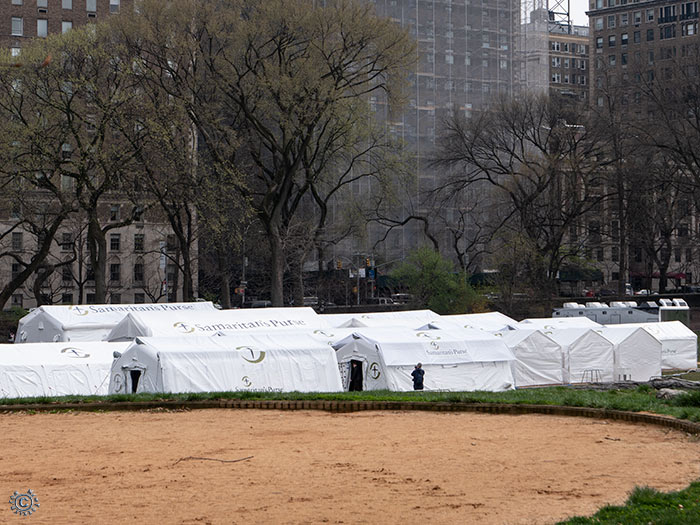 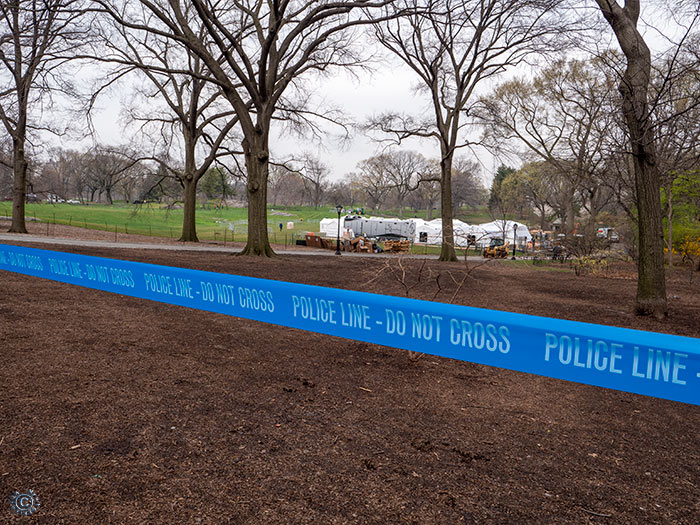 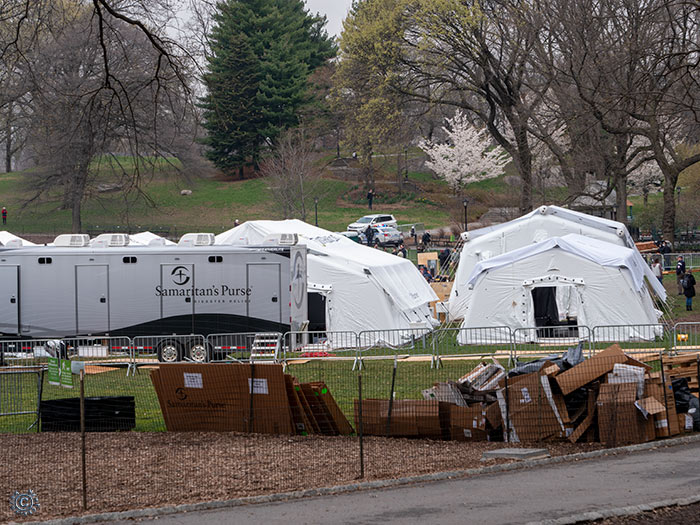 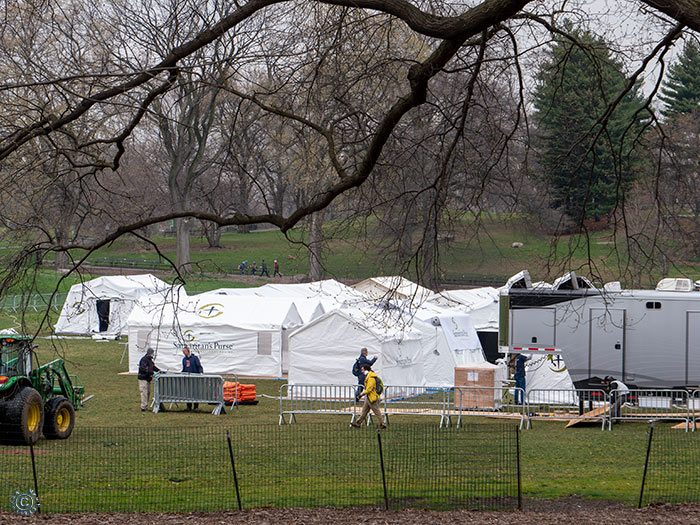 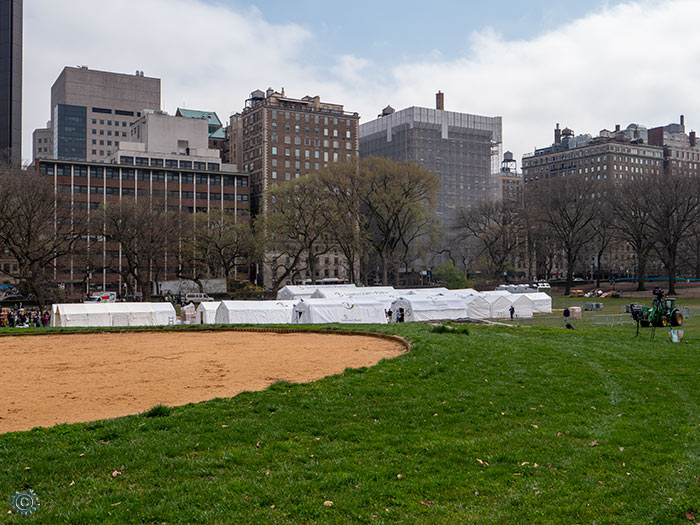