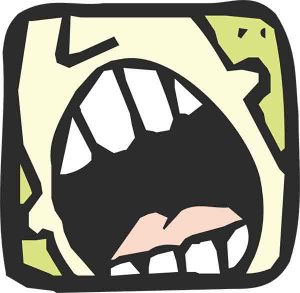 In this cynically driven world of consumerism companies are stumbling over each other for market share and a share of our trust. Some are winning, some losing, some have no clue what they’re doing and some are sliding by under the guise of supposed good service.
I’ll be centering this one column, hopefully the first of numerous to come, around that well known company named Amazon.
I’d originally begun writing these words many months ago when after experiencing yet another problem with Amazon’s shortcomings in the ‘delivery of goods purchased’ department. It’d been a problem involving my having received that which wasn’t ordered; actually, I’d ordered a blu-ray video and what’d I get? A box of chalk! Just in time for Halloween mind you. Something which came across feeling more like a prank than an honest mistake.
Well, to Amazon’s credit they, just as they always do, took responsibility by promising to correct the issue and after extensive hounding on my part, offered to mildly remedy the cost of my own efforts by giving me a $5 credit. Now that’s all well and good; that is, if you happen to be into that sort of thing. Heck, I’d been through it so many times myself that one might think me a glutton for punishment.
However, you see, I’m a Prime Amazon member.  Joined up just shy of a year ago with the expectation and hopes that their supposed: “FREE Two-Day Shipping on millions of items” offer really meant something. Hell, more often than not I’m happy with a delivery made within three days; but what sticks in my craw is being told that a delivery will surely be made on a specific date only to be told at the last minute that it won’t. Something that’s happened again and again and again and again.
In a way, their continuous offers of mildly remedying these problems through the issuance of credit isn’t exactly a bad one. Often times it’s offered (their words not mine) not as an apology but as a ‘sign of good faith’, or so I’ve been told. Yet, it’s unfortunate that not much thought is given to the most invaluable and intangible commodities of all: Time.
I always used to say that there’s only one person on this earth allowed to waste my time; and that would be myself, since I go about it as efficiently as I see fit. Hey, I’m no prince, I’m not royalty but dammit…don’t waste my time!; and THAT, ladies and gentlemen is what you’ll be in for should you sign up for a year of Amazon’s Prime Membership. Unless of course you or someone else in your household is home all the time, or you’ve got helpful neighbors who’re more than happy to look out for your packages. If that doesn’t apply to you then you’re in for your own special kind of hell in dealing with the folks at Amazon. Wasting time arguing; wasting emailing or calling; wasting time and sanity worrying about whether the delivery will be returned in transit or after it’s gotten to you; and wasting time returning the items yourself.
Although, the method to their madness is the expectation that you’ll keep the item once you’ve finally gotten it after all…that is, after having wasted time making arrangements of one form or another.
This is why I’m not renewing my membership when it runs out this month. What the heck for? This past week I spent too much time emailing the amazon folks requesting that a recent delivery ‘NOT’ reach my home; that is, after once again failing to honor the original delivery-date promised. If I hadn’t pestered them endlessly then my troubles would’ve been doubled by having to drive the package over to UPS or Fedex for a return. No matter how you look at it I ended up wasting quite a bit of time whilst losing a bucket load of patience in the process; and since I wasn’t going to be home in the first place to receive the package then you could tack on more worry and trouble through my concerns over what was to become of it. Would it have been left on my door step as some of these delivery companies often do? Would I have to leave a big sign on my front door for the wind to carry away or some mischievous kid to tear down? Would someone who shouldn’t have the package in the first place come in possession of it?
Are you getting the gist of where I’m coming from? All this from the same naive company that thinks making drone deliveries is a good one. Doesn’t take a rocket scientist to figure out the holes in whatever far-fetched ideas they might have with that one.
In closing, Prime Membership might be for some folks but it won’t be for all. So think twice before you plant down your hard earned cash. As mentioned, I myself won’t be renewing but will I continue to order from Amazon?
Yes, I probably will…but with greatly lowered expectations.