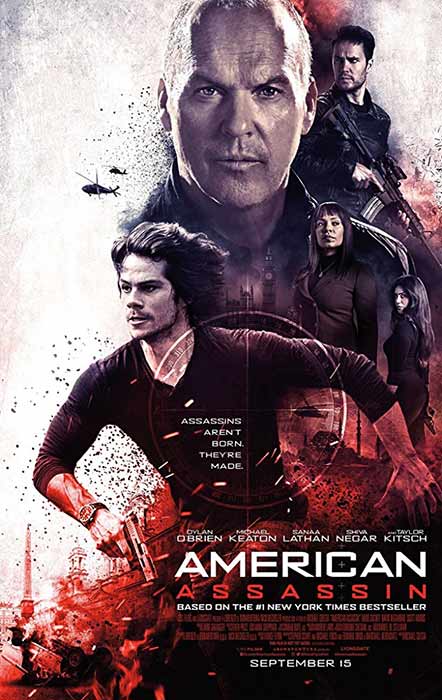 There’s a new terror fighting hero in town and he goes by the name, Rapp; Mitch Rapp.

Based upon the novel of the same name by Vince Flynn, American Assassin is the sort of blockbusting thrilling ride that one should be looking forward to. We’ve seen it and we’re already looking forward to the sequels. After all, as of this writing, there are 18 novels based upon the character and regardless of what the box office numbers might say, we’ve great hopes there’ll be a follow-up franchise.

Summing it up, the film’s got action galore with the sort of acrobatic performances that’d make members of any circus troupe cry tears. The acting is beyond adequate and there’s nary a contrived inch over the length of its 112 minutes; which by the way felt more like over two hours. Yes, that was a compliment. We believed every scene, every exchange, and every character. It was as close to perfection as I could’ve hoped for.

Admittedly, I was going through my motions in the very beginnings of the movie; as I do with every film that gets my attention. Rapp’s encounter with terror at the start gives way as the perfect plot device through which he becomes a soul obsessed with battling evil. Unfortunately he’s the sort who’s not a team player and believes his own abilities and judgements are superior to those above him in rank. There I was, expecting the run of the mill formulaic plot we’re all so used to. Starring loner fights authority and ends up redeeming himself by saving the world. Well, yeah, it actually does kind of work out that way, but not in the fashion one might think. Hadn’t I mentioned there wasn’t a contrived moment? There wasn’t. It just all works out so damn well! Although, there are those who scream about how clichéd American Assassin is. We don’t care. The action pace is so rapid that one doesn’t have time to pay attention to such things.

Rapp is the sort of action hero we’re in need of. Athletic, super agile, good looking, young and more bad-ass than anyone that’s been on the big screen in some time. The kid puts Bourne to shame; and here’s hoping he’ll be doing so for a very long time to come!

Based on the novel by Vince Flynn

Ronan Summers :: Office of the Deck