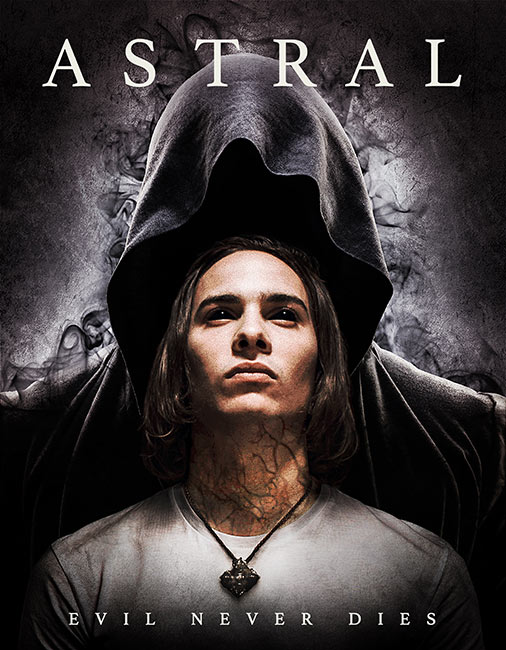 Astral begins by introducing us to a young Alex and his mother and father during a short scene culminating in his mother mysteriously being drawn to the attic for the sake of committing suicide. Fast forward to the university he attends at the age of 21. He’s in class with his classmates and friends (of which, he’s flat mates with a couple) and the professor brings up the subject of the Astral Realm and Astral Projection which sparks Alex’s interest. Therein lies the basis for the film’s plot. Alex pursues learning more about the subject with the slight assistance of his professor and begins to experiment with Astral Projection in spite of any warnings offered up by those around him. Along the way he realizes something’s dreadfully amiss. The following exchange between him and his mother’s doctor whom he happens upon towards the end of the film best explains what ensues:
Alex:

“I’m seeing these shadows, more and more often. It’s a plague, and it’s affecting those around me. And then yesterday I saw something different. … It was a different shape from all the others. It was like a human but the head of a ram.”

“…You need to find someone who understands this. As a professional, I’ve always remained skeptical. But it would seem that the Shadow People have something of an historical occurrence. I guess your attempt at astral projection may have opened a gateway that was perhaps otherwise meant to stay shut. “

It’s never made clear as to what lay at the core of Alex’s interest in the Astral Realm, but one might deduce that it’s his estrangement from his father, over the death of his mother and her psychological distress, as having something to do with it; and perhaps, as well, the lack of closure over her death? But then, such concerns can only be added to the other questions left unanswered: Why are the spirits interested in involving those with whom Alex has relations with, however great or small? Was his mother’s psychologically related problems something which came into their own existence or were they a result of her suffering from the same fate as Alex? Is it a demon or lost soul they’re dealing with or the devil himself?…and most importantly, there’s a scene at the very end of the film which appears to hint how Alex might have had a connection with this other world during his childhood.
Overall I was satisfied with this film. It’s not the sort that’s blockbuster material but with adjustments in the story itself and the delivery thereof methinks it’d have great potential. Yet, speaking of hit potental, the production value in as far as editing, cinematography, sound are concerned were top notch! These items surely gave the film the feel of a big budget accomplishment. Just as good was the acting, dialogue and the direction which worked engagingly well. None of it felt contrived.
What I also appreciated was how intelligently the story was delivered. I didn’t feel as if my own intelligence was being insulted. Although, I’d have wished there to be more meat to this story and greater scares. It honestly felt more like a prequel to something greater than a piece of work which should be standing on its own. Regardless, the filmmakers, in my opinion, still managed to show that it was a tale worth telling, even if it’s merely the beginning of something greater. I’ll be standing on the sidelines looking out for any signs that this might be the case. Perhaps there’ll be a continuation of this tale? We’ll see. 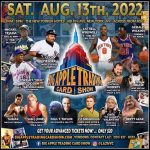