Finally! Something to make my day! 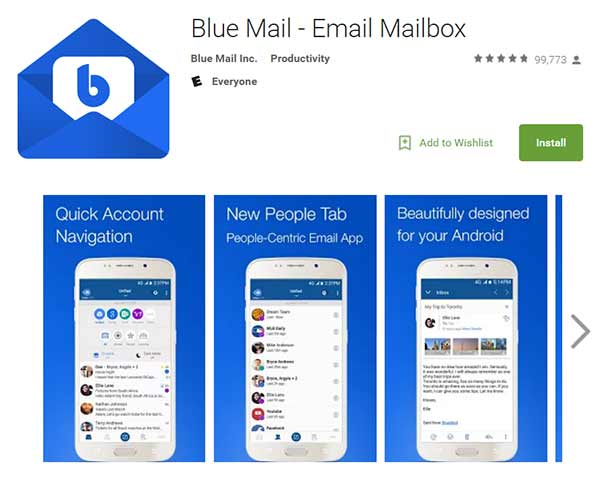 One might think that in this day and age major software companies as big as Microsoft would be able to put out an email client that worked up to most folks’ satisfaction. You might think that; and if you did then you’d be living in a land of make-believe wherein operating systems worked without a hitch and where you didn’t have to jump through multiple hoops to turn off annoying features.
This isn’t a new pet-peeve of mine. Actually it’s one of the many things in the world of technological consumerism that’s bugged me for years. I’d written previously about Adobe’s own incompetence here. Really boggles the mind how such selfish methodologies manage to continue in our world unchecked; an almost impossible task considering how so many of us are dependent upon the sorts of products shelled out by the likes of Adobe, Microsoft and others.
Nevertheless, once in a while something comes along which manages to make my day; and hopefully, with time and extensive fiddling it’ll end up making my year. It goes by the name of Blue Mail. It’s an email client/mobile app for multiple email accounts. Available for IOS and Android it comes in two flavors: the Free version and the Corporate BlueMail Plus version. The latter of which I’ve a feeling may be way beyond my own needs; and that says a great deal considering the hundred or so legitimate emails I might get on a slow day.
If you haven’t tried it out then it’s highly a must. The design and UI (user interface) is a thing of beauty. I mean, you know a piece of software’s a work of art when you can’t help turning to it just for the heck of it. Not because you’re bored or expecting some important communication, but rather because it’s so enticingly sweet that your day’s not complete unless you’ve checked in on it. I’ve been using it for three days thus far and I can’t complain! It’s fast, efficient and I’ve yet to find a flaw.
The funniest thing is how I first stumbled upon it. Having dealt with the very last proverbial straw of dealing with both the online and Windows App version of Outlook on my desktop I’d fished around for a decent replacement and came across Mailbird. Having immediately seen how much more superior it was to Outlook I looked for a mobile version and ended up downloading Blue Mail; by mistake mind you since there isn’t a mobile version of Mailbird just as there’s not a desktop version of Blue Mail. Now it’s not the first time I’ve been down this road in the past; that is, searching out a new email client. Yet it’s surely the first time I’ve found myself satisfied to this extreme.
As for that other desktop app (for Windows 10 in my case), the jury’s still out in that regard. I’ll be sure to update you all on my findings. Especially when you consider the numerous reviews I’ve found naming some other desktop apps as being more exceptional. Regardless, this write-up is about Blue Mail, and if you’ve any reservation then head on over to their Blue Mail Google Play Page to see the astonishing number of great reviews. As of this writing there are a total of 97,433 reviews of which 72,522 give it five out of five stars. That amounts to a 75% approval rating. If you were to include all the four star rankings then that percentile would rise up to 95%, meaning only 5% gave it a rating of three or less. You just can’t go wrong with numbers like that!