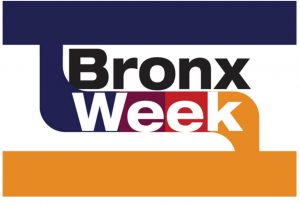 As with all the countless happenings which were cancelled during the COVID-19 crisis, Bronx Week 2020 did not go on. A calendar listing can be found at the BronxNet website.

The following is borrowed from the official press release at the Borough President’s site.

Today, Bronx Borough President Ruben Diaz Jr. was joined by Deputy Borough President Marricka Scott-McFadden, sponsors and elected officials today for the official kick-off of “Bronx Week 2021,” his final Bronx Week serving as Borough President, at The New York Botanical Gardens. During the kick-off, Borough President Diaz announced that Joe Conzo, Jr., Sal Abbatiello and Kid Capri would be honored as the newest members of the Bronx Walk of Fame. The Tourism Award will be presented to Woodlawn Cemetery by The Bronx Tourism Council.

“Bronx Week is a chance for our borough to celebrate what an incredible community we have here. In my final year as Bronx Borough President, I am thrilled that despite the COVID-19 pandemic, we are able to come together in a safe way to celebrate the people who are proud to call The Bronx their home,” said Bronx Borough President Ruben Diaz Jr. “The Bronx is recognized by the whole world as a rainbow of culture, talent, and spirit and this year’s honorees represent just that. We have three amazing honorees that have never stopped representing the borough through art, music, activism and philanthropy, and I am thrilled to join the people of The Bronx in congratulating them on this tremendous honor.”

“Bronx Week is a little different this year, but we are delighted to celebrate in whichever way we can because The Bronx deserves to be celebrated,” said Olga Luz Tirado, executive director of The Bronx Tourism Council.

For more information about Bronx Week and the 2021 events, visit: www.ilovethebronx.com