Today, we learned that Ruth Bader Ginsburg’s statue would be unveiled on Friday, March 12, 2021 in Brooklyn’s City Point.

We first learned of the news through Gothamist’s posting. Thereafter, we stumbled upon City Point Brooklyn’s Facebook post which detailed the following:

Celebrating #InternationalWomensDay with A Special Announcement: Late U.S. Supreme Court Justice Ruth Bader Ginsburg bronze statue will be unveiled at City Point. The @GillieandMarcArt x @Statues.For.Equality art will be open to the public starting March 12 at 3PM. Due to COVID restrictions, we recommend making a reservation to view the statue in person. #LinkInBio to RSVP.

Supreme Court Justice Ginsburg passed away on September 18, 2020 at the age of 87; an even which saddened multitudes of Americans. On the following day, NY Governor Cuomo announced that she would be honored with a statue in Brooklyn, her birthplace. On October 14, he followed up by announcing the commission he’d appointed to oversee the creation of this statue.

Here is a screenshot of the original Facebook posting: 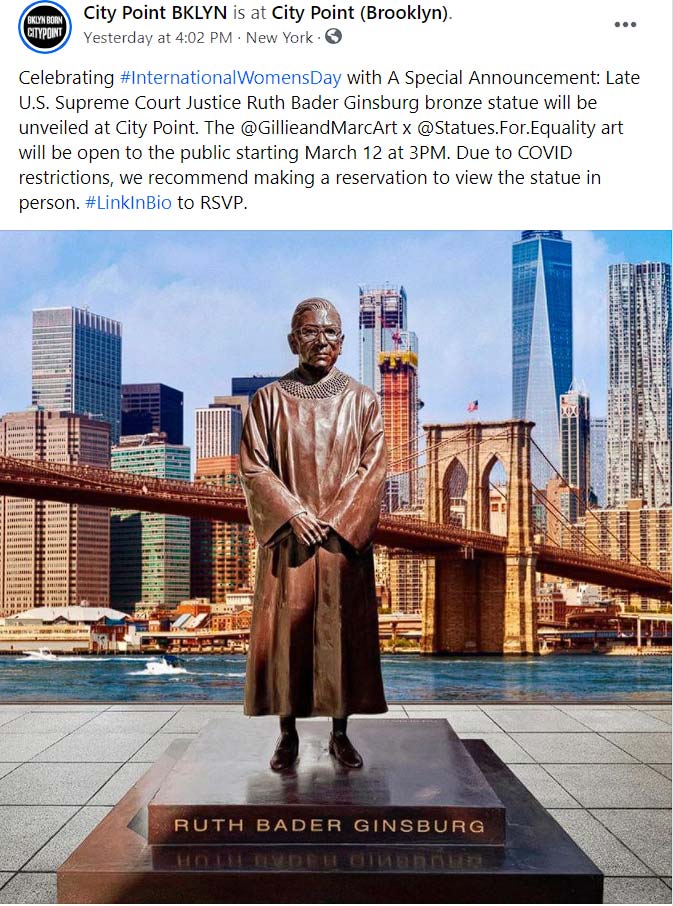