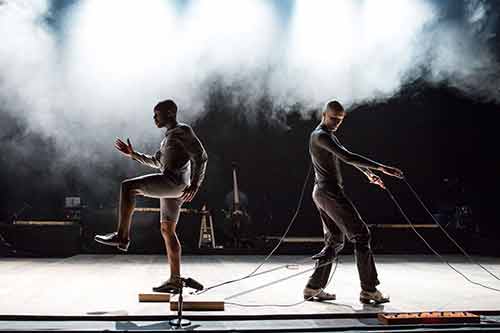 NEW YORK – Tap dance company Dorrance Dance, founded by Artistic Director and 2015 MacArthur Fellow Michelle Dorrance, announces New York City performance dates, new works, and tour schedule for the 2017-2018 season. The season will include performances at renowned venues across the United States and in Canada, Germany, and France.
“With each performance of Dorrance Dance, tap expands.” – The New York Times

Highlights of the season include:

Ms. Dorrance says, “We couldn’t be more excited to share the power and the importance of tap dance, its history, its possibility, and the tremendous value it has in our culture with new audiences throughout the world.”