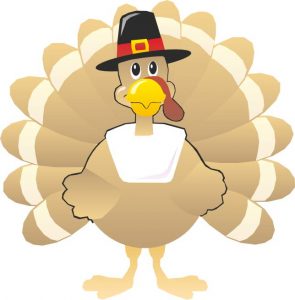 What’s considered by some as the holiday event most anticipated across America is back this year on Thanksgiving Day morning!

Unfortunately, we all missed out on last year’s parade due to the COVID-19 pandemic but it’s all back this November. Featuring balloons old and new and all the customary marching bands, floats, performers, clowns and much more!

Be there in person or watch in the screen, your choice! Just please join in this year for the grandest NYC pre-holiday celebration of all.

The parade takes off, as can be expected, from around the Museum of Natural History at West 77th Street and Central Park West. It then heads down Central Park West and turns eastward past Columbus Circle along Central Park South for a couple blocks. At Sixth Avenue it heads south all the way down to Herald Square and lands in front of Macy’s Department Store.

You can learn more at the official site as well as by reading their press release posted in September.

Below, you’ll find their latest press release issued on November 1.

NEW YORK–(BUSINESS WIRE)–A spectacle like no other returns this Thanksgiving to usher in the start of the holiday season as the Macy’s Thanksgiving Day Parade® takes to the streets of New York City. On Thursday, November 25 at 9:00 A.M., the 95th march of the world-famous Parade of magic will bring the nation together in celebration featuring Macy’s (NYSE:M) signature mix of giant character helium balloons, fantastic floats, incredible marching bands, jubilant performance groups, whimsical clowns, music stars and the one-and-only Santa Claus.

“For more than nine decades, the Macy’s Thanksgiving Day Parade has served to bring joy to millions, who gather with friends and family to experience this one-of-a-kind holiday celebration along the streets of New York City and in homes nationwide,” said Will Coss, Executive Producer of Macy’s Thanksgiving Day Parade. “For our 95th celebration, Macy’s has created a spectacle to remember featuring a dazzling array of high-flying balloons, animated floats and incredible performers. We can’t wait to help New York City and the nation kick-off the holiday season with the return of this cherished tradition.”

To safely produce the annual Thanksgiving Day event, Macy’s once again partnered closely with the City and State of New York to create a production plan that would ensure health and safety practices aligned with CDC guidelines, as well as current local and state government protocols.

Since 1927 the world’s most popular characters have been transformed into high-flying art in the sky. Inspired by marionettes, the Parade’s balloons first debuted as upside down puppets filled with air and carried on sticks, before taking flight with the addition of helium. Over time the inflatables morphed to encompass balloonheads, hybrid inflatables with vehicles inside (balloonicles) and tandem tricycles (trycaloons).

New giants joining the line-up this year include Ada Twist, Scientist by Netflix; a Funko Pop! inspired Grogu™ (a.k.a. Baby Yoda in pop culture) from the Star Wars™ series “The Mandalorian™,” Ronald McDonald® by McDonald’s® and Pikachu™ & Eevee™ by The Pokémon International Company.

Making return appearances to the skies above New York City are giant balloon favorites including Astronaut Snoopy by Peanuts Worldwide; The Boss Baby by DreamWorks Animation and Universal Pictures; Diary of A Wimpy Kid® by Abrams Books; Sinclair’s DINO® by Sinclair Oil Corporation; Goku by Toei Animations, Inc.; Chase from PAW Patrol® by Nickelodeon; Pillsbury Doughboy™ by Pillsbury™; Red Titan from “Ryan’s World” by Sunlight Entertainment and pocket.watch; Papa Smurf from The Smurfs by Nickelodeon; Sonic the Hedgehog by SEGA; and SpongeBob SquarePants & Gary by Nickelodeon.

Macy’s signature giant character balloons will be prepared for their Thanksgiving Day flights on Wednesday, November 24, on the Upper West Side. The Macy’s Balloon Inflation Celebration will be open to public viewing from 12:00 P.M. – 6:00 P.M., and will be limited to vaccinated guests and conducted with capacity limits to ensure social distancing practices are implemented.

For access, guests must provide proof of COVID-19 vaccination in the form of one of the following:

Guests must also provide a photo ID with a name that matches the proof of vaccination. A negative test will not be accepted in lieu of vaccinated status. Children under the age of 12 who are not eligible to receive vaccinations may be accompanied by a vaccinated adult. Attendees are encouraged to social distance and masks will be required at all times. Entry to Balloon Inflation can be accessed at 72nd Street and Columbus Avenue. Following the vaccine verification and security check, guests will be able to move through the checkpoint to view the balloons on 77th and 81st Streets.

From its inception, the Parade’s floats have transported spectators to magical worlds. These initial whimsical creations focused on nursery rhyme stories. Today the floats are multi-level animated wonders that dazzle with their artistry. Conceived and crafted by the incredible artisans of Macy’s Parade Studio – a design and production facility that includes carpenters, engineers, electricians, painters, animators, balloon technicians, sculptors, metal fabricators, scenic and costume designers – this year’s line-up of floats showcase the best of theatrical design. While they are built for entertainment, they are also a showcase of creative design, engineering, and skillful construction. To spectators they seem to float down the route, even though many are three stories tall and several lanes of traffic wide stages. However, if you dig a little deeper, the magic is revealed as each of these amazing floats are built to collapse to no more than 12 ½-feet tall and 8-feet wide to travel safely from the New Jersey home of the Parade Studio to the Manhattan starting line via the Lincoln Tunnel for the annual celebration.

This year six new floats will debut including Birds of a Feather Stream Together by Peacock® (cast of Peacock’s Girls5eva); Celebration Gator by Louisiana Office of Tourism (Jon Batiste); Colossal Wave of Wonder by Kalahari Resorts and Conventions (Nelly); Gravy Pirates by HEINZ; Magic Meets the Sea by Disney Cruise Line (Jordan Fisher and special guests); and Tiptoe’s North Pole.

As the Parade unfolds, making an extra special appearance down the route to delight kids of all ages will be Geoffrey, the beloved mascot of Toys”R”Us.

The Beat and the Pageantry

Taking entertainment to the next level will be the Parade’s beloved performance groups who bring joy to spectators along the route and viewers watching from home. The 95th Parade will feature the dazzling dancers of Ballet Hispánico’s School of Dance, the harmonious voices of the Broadway Education Alliance Youth Choir, the fancy footwork of the Fred Astaire Dance Studios, the special tributaries of Indigenous Direction, the out of the world skills of J.U.M.P. (Jumpers United for Macy’s Parade), the razzle dazzle of the St. John’s Dance Team, the energetic Spirit of America Cheer and Spirit of America Dance Stars, and the moving voices of the Young People’s Chorus of NYC.

The Route to Magic

For spectators wishing to enjoy the spectacle live, the 95th Annual Macy’s Thanksgiving Day Parade begins at 9:00 A.M., kicking off from its traditional starting line at 77th Street and Central Park West. From there the procession will march down its signature 2.5-mile route taking it from Central Park West to Columbus Circle, turning onto Central Park South and then marching down 6th Avenue/Avenue of the Americas. At 34th Street, the Parade will make its final turn west and end at 7th Avenue in front of Macy’s Herald Square.

Public viewing will be set up along designated portions of the route and managed by the NYPD. Spectators should avoid bringing large bags, umbrellas, backpacks and strollers. The public entering viewing streets may be subject to security search. For additional viewing information, please visit macys.com/parade.

Tune-in for the Wonder

For decades, the Macy’s Thanksgiving Day Parade has been one of the nation’s most anticipated and watched holiday celebrations. Viewers nationwide can catch all the action via the special broadcasts on NBC and Telemundo, from 9:00 A.M. to 12:00 P.M., in all time zones, For the first time, fans can also stream the broadcast on Peacock. The TODAY Show’s Savannah Guthrie, Hoda Kotb and Al Roker will host the three-hour telecast for NBC and Peacock. The Spanish language simulcast on Telemundo will be hosted by Ana Jurka and Carlos Adyan, accompanied by Freddy Lomelí reporting live from Sixth Avenue, and feature a special appearance by Miss Universe® Andrea Meza.

The holiday television special will feature a special performance from music superstar Carrie Underwood from her album, My Gift (Special Edition).

Broadway’s best musicals will also perform including SIX, Moulin Rouge! and one of Broadway’s longest running hits, Wicked; along with a sneak preview of NBC’s Annie Live! In addition, the show-stopping Radio City Rockettes® will bring their signature magic to Herald Square.

For the first-time ever, spectators enjoying the Parade on television and on Peacock, will experience several whimsical augmented reality effects throughout the show that will add another dose of Macy’s magic to the pageantry.