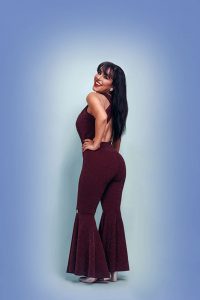 Lehman Center for the Performing Arts presents Los Chicos del 512, a tribute to Selena y Los Dinos! On Saturday, April 9th, 2022, at 8pm, the musicians of Los Chicos del 512 will orchestrate an extraordinary show that will transport you straight back to 1995. This show is a mind-blowing experience and the closest one can get to a live Selena concert. Get ready to sing, dance and relive Selena!

Lehman Center for the Performing Arts is on the campus of Lehman College/CUNY at 250 Bedford Park Boulevard West, Bronx, NY 10468. Tickets for LOS CHICOS DEL 512 on Saturday, April 9th 2022 at 8pm ($50, $45, $35, $25) can be purchased by calling the Lehman Center box office at 718-960-8833 (Monday through Friday, 10am–5pm, and beginning at 4pm on the day of the concert), or through online access at www.LehmanCenter.org. Lehman Center is accessible by #4 or D train to Bedford Park Blvd. and is off the Saw Mill River Parkway and the Major Deegan Expressway.

IMPORTANT COVID-19 SAFETY INFORMATION: To keep our staff, audiences, and artists safe, proof of vaccination will be required to attend any performances at Lehman Center for the Performing Arts in accordance with the Mayor’s Office of the City of New York.

The members of Los Chicos del 512 came together for one reason—to bring the magic of Selena to old and new fans worldwide. Since the group’s inception in 2014, they have been successfully doing just that. Having sold out venue after venue and with recent performances for the Chicago Bulls and the Marines in Okinawa, Japan, Los Chicos del 512 have become one of the most sought-after tribute acts in North America today. During the height of the COVID-19 pandemic, “Selena: The Series” was released on Netflix. This series has not only revived the Selena fandom with her existing fans but has helped to cultivate new fans worldwide. The group features Keila Martinez as the lead singer, Ricardo “Ricky” Madrid as the keyboardist and music director, Martin Peralta on guitar, Jesus Cordova on bass, Jaime Arce as the percussionist, Alexander Yanez on vocals and percussions, and Reynaldo Rodriguez on timbales.

Astoria Park Carnival is Back for June 2022 in NYC!

Everybody Tango! at Riverside Park Dance Lessons and Fun

Summer on the Hudson’s Silent Disco Fun at Riverside Park

Mamapalooza! Celebration 2022 – Summer On the Hudson in Riverside Park – NYC

Rockefeller Center Presents The 2022 Love Above All Ball