RSVP on this page 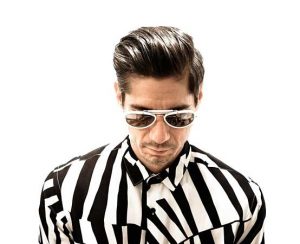 High Line Nine aims to shatter the stuffy perception of classical music by emphasizing the audience experience. This one-time performance at the High Line Nine on October 28th from 6:30 – 8pm will occur in and around various spaces and galleries within the High Line Nine. Felix is known for his guerilla-style approach in presenting classical music in unconventional spaces and Rivers Unite : Divide is no exception, with a performance utilizing space, movement, and acoustics to activate the galleries.

The idea behind Felix’s immersive operetta revolves around blurring the line between performer and audience by having musical performers move amongst the audience as they perform a cohesive musical composition. The audience is encouraged to follow the narrative of the piece which entails following the soloists but they are ultimately given agency to explore based on feeling, sight and soundscape. Other featured instrumentalists include Sana Nagano and Heather Wallace on strings.  The chamber ensemble will be led by conductor Dmitry Glivinskiy.

Nathan Felix (born 1981) is a Mexican-American, music composer known for his immersive operas and experimental films. His music has premiered in Bulgaria, Portugal, Spain, Japan, China, Sweden, Denmark, Mongolia and the United States and his music has been featured on the BBC, MTV, NPR & PBS.

His first large work for orchestra was featured by the BBC and later made into a documentary titled, The Curse & The Symphony. The award winning documentary screened at 52 film festivals, and was distributed by Gaiam TV.  In 2015, PBS featured Felix’s 6-Piano Project, in which he restores abandoned pianos to premiere his works written for six pianos and then donates the pianos to lower income schools. 6-Pianos was nominated for a Lone Star Emmy. The 6-Piano Project has since been commissioned in San Antonio (2016), Barcelona (2017) Melbourne (2017) and Houston (2019).  For more information on Nathan Felix visit – www.Electrochestral.com

About the High Line Nine:

is a multi-disciplinary collection of nine skylit exhibition spaces located in the heart of Chelsea’s premiere gallery district providing an innovative home for art in all its forms and stages. located along a central throughway directly under the High Line in West Chelsea, which was once an industrial area of Manhattan that is now home to many art galleries and cultural institutions. Designed by studioMDA and developed by Related Companies – High Line Nine is a new turn-key gallery concept that reinterprets the European arcade of the 19th century and applies its programmatic elements to art galleries. For more information on High Line Nine visit – www.highlinenine.com