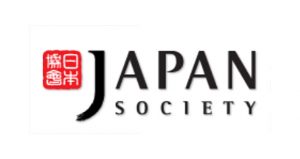 Raised in Brooklyn, NY, and trained at the Kodokan Judo Institute in Japan, Rena “Rusty” Kanokogi (née Glickman) is known as the “Mother of Women’s Judo.” Rusty dedicated her life to martial arts, and due in great part to her efforts, women’s judo became an official Olympic sport in 1992. Rusty’s daughter, Jean Kanokogi, Ph.D., a 5th degree black belt in judo, and author of Get Up & Fight: The Memoir of Rena “Rusty” Kanokogi, The Mother of Women’s Judo, is keeping her mother’s legacy alive. At this program, Dr. Kanokogi discusses her mother’s fascinating life, and tells the story of how women’s judo became an Olympic sport. Followed by an audience Q&A.

Jean Kanokogi, Ph.D. is a Special Agent for the U.S. government with extensive experience in conducting criminal investigations. A 5th degree black belt in judo and a highly respected sensei, she was on the U.S. National Judo Team and won several medals in international tournaments. Most notably, Jean was one of the original signers of the American Civil Liberty Union suit to fight for women’s rights in the sport of judo. Jean is the co-author of her mother’s story, Get Up & Fight: The Memoir of Rena “Rusty” Kanokogi, The Mother of Women’s Judo. Jean holds a B.S. and an M.A. from John Jay College of Criminal Justice and earned her Ph.D. in Psychology in 2018.

This is a free event, with advance registration required. Pay What You Wish options are also available to support our innovative programs. The program will be live-streamed through YouTube, and registrants will receive the viewing link by email on the event day. Participants can submit questions through YouTube during the live stream.