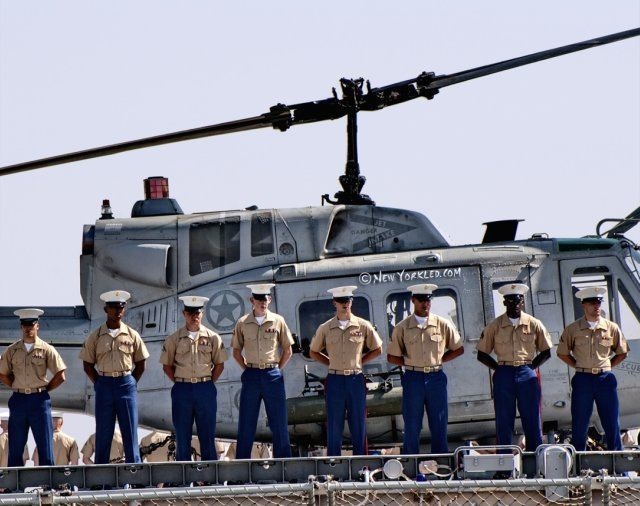 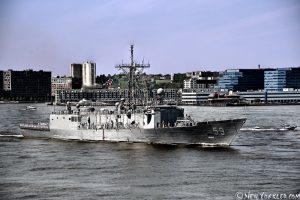 Fleet Week New York has been part of the fabric of the nation’s largest city since the event was first held in 1984. The annual celebration of the maritime services typically involves public ship tours, band performances and demonstrations.

Due to the coronavirus pandemic, a decision was made in February to hold the event for the second year entirely on social media May 26 – 31. The decision allows the public to see a greater variety of ships, aircraft and demonstrations than they typically could in person. 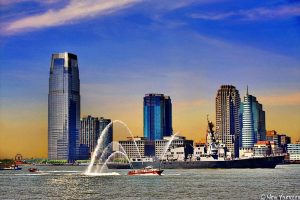 “New Yorkers are in for a treat with Virtual Fleet Week New York,” said Rear Adm. Charles Rock, Commander, Navy Region Mid-Atlantic. “We’ll introduce you to a New Yorker serving aboard USS New York who enlisted after the 9/11 attacks, show you what it’s like to fly in the backseat of an F/A-18 Super Hornet and take you out to sea where you can see why the Navy-Marine Corps team is the fiercest fighting force on the planet.”

Virtual Fleet Week New York 2021 will also include a video tour of the amphibious transport dock USS New York (LPD 21), a mini-documentary about the Navy’s explosive ordnance disposal community and dozens of other videos demonstrating the capabilities of the women and men who serve in the Navy, Marine Corps and Coast Guard. 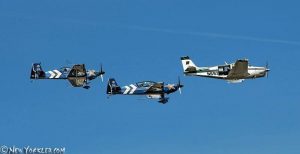 “This event will be a memorable part of the ‘Summer of New York City’ as we emerge from the pandemic,” Rock said. “We’re excited to show New York exactly how the Navy, Marine Corps and Coast Guard provide the United States an advantage at sea around the world.”

The virtual environment also allows Fleet Week New York to go international for the first time by highlighting New Yorkers serving in Japan, which hosts the largest U.S. naval installation outside the United States. New York and Tokyo have been sister cities since 1960 and this year the Japan Maritime Self-Defense Force is hosting its inaugural Fleet Week Japan in conjunction with Virtual Fleet Week New York to showcase the special relationship the allies have. 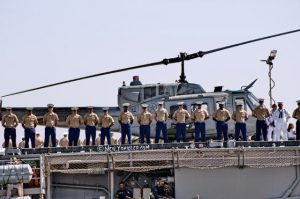 Other Virtual Fleet Week New York videos include a tour of the ballistic-missile submarine USS Maine (SSBN 741), a live martial arts demonstration by Marines and an interview with the first African American woman to serve as the commanding officer of Coast Guard Sector New York, Capt. Zeita Merchant. There will also be musical performances by Navy Band Northeast and country music artists Phil Vassar, Stephanie Quayle and Jo Smith, who is a Navy Reservist. 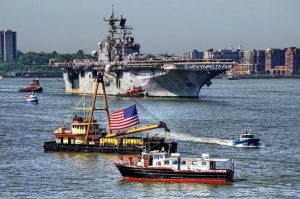 A Virtual Fleet Week New York promotional video can be viewed and embedded on websites via YouTube at https://www.youtube.com/watch?v=PwlE5rkBv_0