‘That Obscure Object Of Desire’ 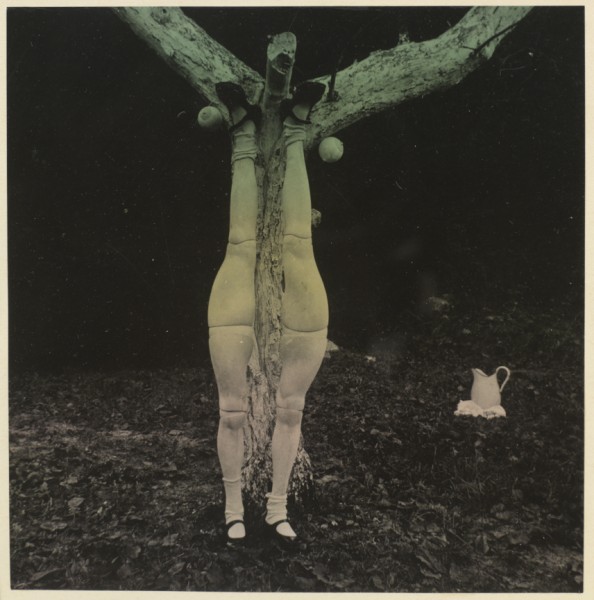 New York, NY…In Luis Buñuel’s 1977 film “That Obscure Object of Desire,” the hero lusts after a tantalizing and elusive woman. His obsession spirals out of control, clouding his judgment and ultimately leading him to a state of utter submissiveness. Borrowing the title of Buñel’s film, Luxembourg & Dayan is pleased to present an exhibition that explores the dark side of desire, highlighting the often-suppressed connection between an artwork and a fetishized object. The process of object making is here explored as an obsessive endeavor akin in its intensity to erotic infatuation. Each of the artists represented in That Obscure Object of Desire is continuously drawn to forms, processes, and materials with bodily connotations that oscillate between the sexual and the abject, reworked in countless variations.

On view from August 14 – October 4, 2014, That Obscure Object of Desire has been organized by Luxembourg & Dayan director Stephanie Adamowicz and Tamar Margalit.

A loose genealogy of erotic object making threads itself throughout That Obscure Object of Desire. The artistic enterprise of Hans Bellmer (1902-1975) is most well known for the fantastically hideous, highly sexualized poupées he created in the mid-1930s—faceless dolls that are all limbs and bulbous curves. Forced to flee from his native Germany by the Nazis on account of the explicit content of his art, Bellmer was embraced by the Parisian Surrealists.  At Luxembourg & Dayan visitors will see a pair of hand-tinted photographs from his art and poetry book Les jeux de la poupée (1949), featuring his dolls in meticulous settings. Laden with references to Renaissance painting and Expressionist cinema of the 1920s, these works transform Bellmer’s inanimate creations into icons of pathos.

Fellow Surrealist Dorothea Tanning (1910-2012) further explored the notion of an artwork doubling as an “object of play” in a series of flesh-toned soft sculptures, which she created in France between 1969-1974. Primarily known as a painter, this American artist later reminisced on the sudden, visceral appeal that object-making held for her in those years: “The work did not involve familiar canvas or paint but carded wool and endless lengths of sensuous tweeds, the chopping up of which provided thrills of a kind very close to lust with its attendant peril.” Along with Traffic Sign (1970), which belongs to Tanning’s rare body of sculptural works, That Obscure Object of Desire presents three works on paper that elaborate upon her ingenious experimentations with figure and form.

In her influential essay Eccentric Abstraction from 1966, art critic Lucy Lippard identified a conundrum of the “body ego” at play in sculptures produced around that time. For Lippard, these sculptures triggered opposing responses: they seemed to beckon viewers to touch and probe them while at the same time eliciting a feeling of repulsion. This tug-of-war of the senses comes to the fore in works by the late New York artist Hannah Wilke (1940-1993) and Polish artist Alina Szapocznikow (1926-1973), each defiantly asserting both feminine sexuality and bodily decay. In Wilke’s work, small ceramic folds and elastic slabs are repeated in slightly differing forms, ambiguously behaving as both vaginal and scatological objects. Szapocznikow’s Lampe-Bouche (1966), an elastic resin cast of the artist’s lips morphed into a table lamp, appears as an organic prosthetic that eclipses eroticism with a utilitarian function.  A sensual underpinning is also evident in Szapocznikow’s drawing, Untitled (c. 1963-1968), with its loose composition evoking sexual organs.

The photographic compositions of Los Angeles artist Robert Heinecken (1931-2006) involve open-ended modes of manipulating the body. In Figure Horizon #4 (1972), close-up details of body parts seen from various perspectives are reassembled in an abstracted sequence that re-imagines the female figure. In Multiple Solution Puzzle (1965) the arrangement of the puzzle’s pieces – featuring a side-view of a breast, the fold of an armpit, the slope of a shoulder – is ceded over to the viewer-user. An unaltered photograph from the same year, Blue Chip Stamp Girl (1965), demonstrates Heinecken’s early interest in the dematerialization of the body into commodity and its reference to advertisement, here achieved by the analog means of projecting an image onto a nude model.

Fast-forwarding to the present, the prop-like sculptures of London-based artist Anthea Hamilton (b. 1978) double as bodies on display, ready to serve and to be consumed. In John Travolta Leg Chair (2011), aging fan memorabilia of the once-desired Hollywood star decorate a silhouette of feminine legs, recalling with humor the DIY aesthetics of a teenager’s bedroom shrine. In Eggs and Apples from Fruity Seating (2012), a collaboration between Anthea Hamilton and Julie Verhoeven (b. 1969), a cushiony object features a nude model in yoga poses and eye-popping patterns, suggesting a stand-in for the type of desire manufactured by lifestyle and design products. Engaging the mechanics of the body, the porous “still life” of New York-based artist Alisa Baremboym (b. 1982) presents an amalgamation of petroleum-based emollients, ceramic, silk, and hardware. While the various elements in Leakage Industries: Soft Screw (2012) function as conduits, their intermingling evokes developments in the science of the body – whether surgeries, injections, or cosmetics – and the ways in which they have blurred distinctions between the organic and the engineered.