The story of how Peter became Pan 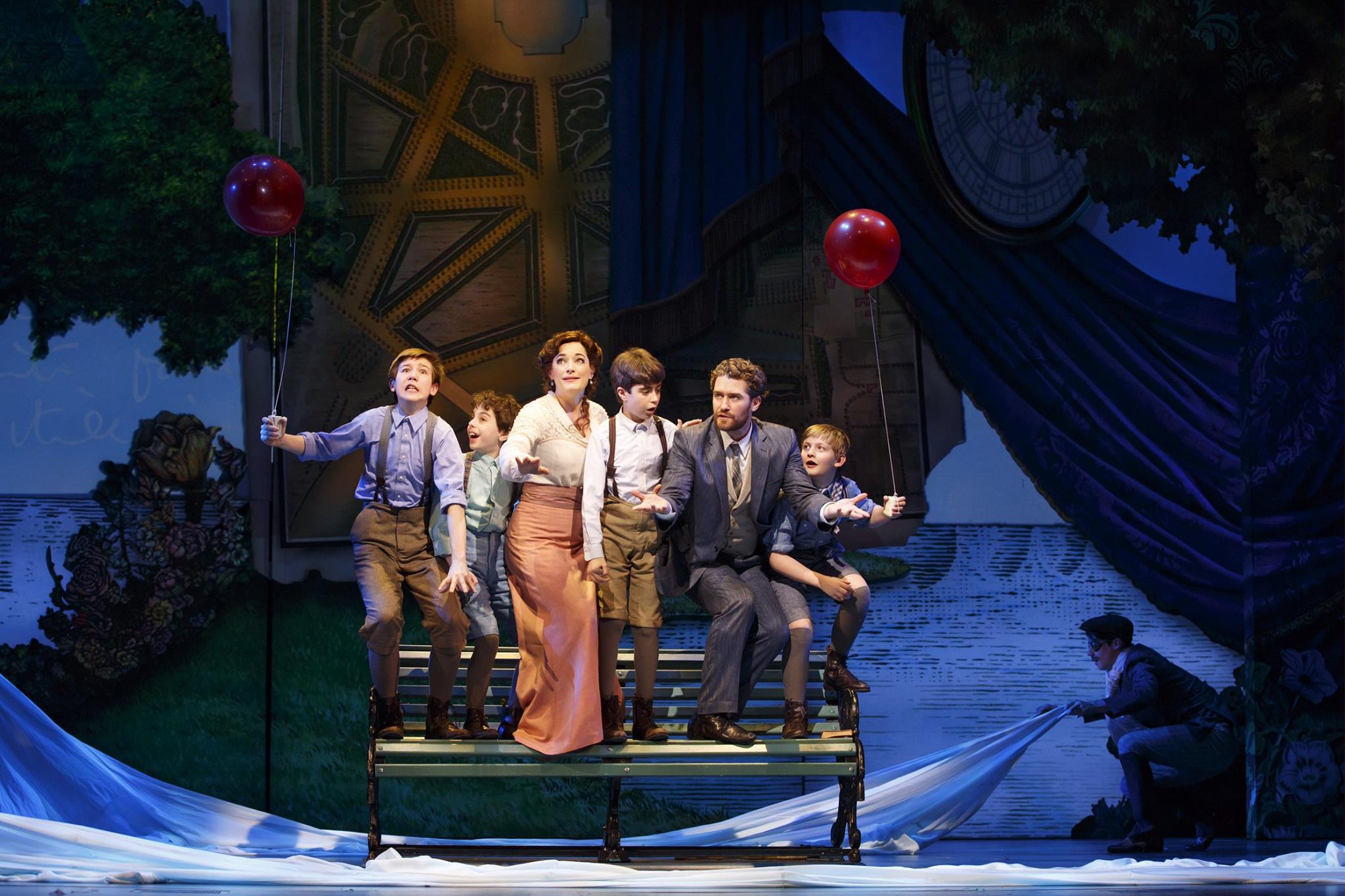 Finding Neverland is the musical translation of Harvey Weinstein’s 2004 film of the same name which starred Johnny Depp and Kate Winslet. Mr. Weinstein is also the producer of this Broadway production which is a reimagining of how James Matthew Barrie came to be inspired to write Peter Pan through his befriending of Sylvia Jocelyn Llewelyn Davies and her sons.

Rarely have I come across a stage performance of any sort which had me from beginning to end. Nearly every musical piece was a joy to behold. Matthew Morrison, as J. M. Barrie and Laura Michelle Kelly as Sylvia Llewelyn Davies illuminated the stage with their singing both together and individually. Kelsey Grammar was a fun addition as the nasty Charles Frohman who in real life produced Barrie’s Peter Pan. Of course we can’t leave out the kids. At the show we attended Peter was played by Aidan Gemme; Jack by Christopher Paul Richards; George by Sawyer Nunes; and Michael by Alex Dreier. Although, of them all, Aidan Gemme really shined on the stage. The comedic dialogue ranged from straightforward to downright clever references and double-entendres the likes of which I’m sure would be lost on kids; regardless, it’s still an appropriate show for folks old and young.

The stage sets all add delightfully with a few in particular standing out in my mind. One would be a backdrop featuring billowing clouds and shimmering stars in the evening sky; all above a street scene with buildings so life-like that I found myself totally mesmerized. Another scene was a duet between Barrie and Davies whose turns cast a gorgeous shadow upon the wall behind them. It was truly something you’d have to see to understand how beautiful it was. The other scene I find hard to forget would be the one just prior to the intermission wherein J. M. Barrie finally finds his inspiration. It was so powerfully moving that it literally left me with goosebumps.

There’s a scene at the end with Mr. Grammar’s Frohman approaching Barrie to tell him of how the production will be going on tour. Coincidentally it’s been recently announced that finding Neverland will be going on a National Tour beginning with upstate New York. Big congrats go to all involved!

As a final selling point to my review: Imagine if you will, a musical so captivating through its production value that you find yourself smiling and giggling like the very child the show was meant to bring out in you. Imagine songs so enchanting that you’ll find your heart soaring like the very musical performances being belted out upon the stage. Imagine choreography so beautifully planned out and executed that you’ll be stunned with how easy the cast manages to make it all appear. These and much more are what make up this incredible show. Should you have any trouble imagining then all you need do is head down to the Lund Fontaine Theatre and the cast of ‘Finding Neverland’ will do more than help you believe!

…and I NOW BELIEVE!