Follow Up to the 74,000 Air Conditioners to Be Distributed to New Yorkers + Utility Bill Assistance 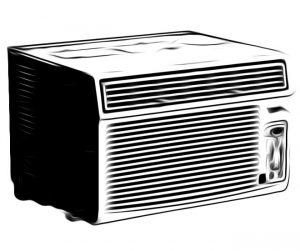 Today, NYC Mayor Bill de Blasio followed up on his announcement last month of the Get Cool NYC program which would distribute free A/Cs. He would also update us the assistance to be provided in paying for utility bills he spoke of.

It was on May 15 that Mr. Bill de Blasio announced how 74,000 free air conditioners would be distributed to low-income seniors most in need and most susceptible to the COVID-19 Virus and vulnerable to the upcoming days of hot weather.

On that day, he also stated, “The City is also petitioning the Public Service Commission (PSC) for $72 million to help pay the utility bills for 450,000 vulnerable New Yorkers so they can afford to run their ACs and keep cool.”

We would learn today of how 4,500 air conditioners have been installed thus far with the aim of fulfilling his promise that 74,000 a/c’s would be installed for the coming Summer.

Also, the NYS Public Service Commission approved NYC’s request to help vulnerable low income New Yorkers through financial assistance with their summer utility bills. It would come in the form of $70 million in aid which would help about 440,000 families.

Following would be the words spoken by the Mayor during his near-daily press conference:

Right now, there has been outreach to approximately 180,000 seniors to find out who needs these air conditioners, 25,000 have met the standards and we’re moving to install those air conditioners and then keep going from there. So, 4,000 units installed already more going each day, the goal is to be able to install 1500 air conditioners each day and have all 74,000 installed by the end of July, we are confident we can meet that goal.

It’s one thing to have the air condition unit, you have to be able to afford it as well. The state public service commission has come through and I want to thank them, that’s a big deal, they’re going to double the current commitment for subsidizing the energy bills of low income, New Yorkers. So almost 440,000 New York City families will benefit because of this decision by the state public service commission. And the average savings per customer will be about $140 this summer, that’s for a lot of families in this city, a lot of money. So, a big step forward, thanks to the PSC for this really important helping hand.”

Bill de Blasio Bronx Brooklyn Manhattan Queens Staten Island
Share. Facebook Twitter Pinterest LinkedIn Tumblr Email
Previous ArticleNYC Council and other leaders: We can get to $1 Billion in Cuts to NYPD Budget for 2021
Next Article Governor Cuomo Tweets “Don’t Make Me Come Down There” after seeing crowds on St. Marks