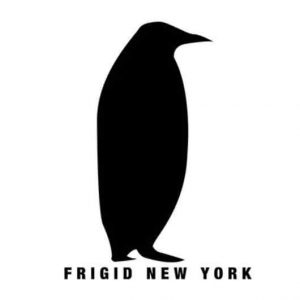 FRIGID New York will celebrate 25 years of presenting a massive quantity of stimulating downtown theater with their 2022-23 season at The Kraine Theater (85 East 4th Street) and UNDER St. Marks (94 St. Marks Place).

This season will be dedicated to celebrating all of the amazing performers who have worked in our spaces over the last 25 years. Some of these artists include Clay McLeod Chapman (FRIGID’s very first Resident Artist; co-writer on the upcoming Key and Peele feature Wendell and Wild), Kennan Scott III Keegan (creator of the Broadway hit Thoughts of a Colored Man which was part of the 2016 FRIGID Festival), Reinaldo Piniella (original member of The Drafts), The Anthropologists (who will be bringing back two hit shows as they prepare for a national tour), Artemisia’s Intent, No Pants in Tuscon, Mike Daisey (who performed FRIGID’s first post-lockdown live theater piece and ushered us out of the great shutdown), Seth Lind (This American Life, creator of the Gotham Storytelling Festival and Told), Penny Arcade, Alex Harsley, Leslie Goshko, Liam Macaniny, Joseph Langham, Kilusan Bautista, Veronica Garza, Una Osato, Thank You Robot, and many more to be announced as the season unfolds.

“25 years ago we opened a 32-seat, third-floor venue at 85 East 4th Street to give artists a home to experiment with their work,” said Managing Director Erez Ziv. “In the intervening decades, we have picked up and lost some venues, but we have been lucky enough to have thousands of artists pass through our doors and bring their work to our stages. This season, to celebrate our 25th season of theater making, we have invited some of them back to join us in a year-long festival celebrating the never ending marathon that is FRIGID New York.”

Days of the Dead Festival

This fall celebration will be all about communing with the dead and will have a distinctly Mexican flavor. Featuring Special 25th Anniversary guest FRIGID’s first Resident Artist, Clay Mecleod Chapman closing out the festival with The Pumpkin Pie Show and Wendell and Wildon. Curated this year by Martha Lorena Preve, Resident Artist of Something From Abroad.

The 11th annual festival will feature one of the festival’s creators Seth Lind, coming back with Told for the first time in 10 years.

The Fire This Time Festival

The 14th annual Obie Award-winning festival featuring plays by early career playwrights of African and African American descent. This year the festival will also be broadcast on the All Arts Network.

The 17th annual open and uncensored theater festival which gives artists an opportunity to let their ingenuity thrive in a venue that values freedom of expression and artistic determination.

The longest running festival celebrating the work of women and gender non-conforming artists in NYC.

The 9th annual celebration of all things LGBTQ+.

FRIGID New York’s mission is to provide both emerging and established artists the opportunity to create and produce original work without limit to content, form, or style, and to amplify their diverse voices. We do this by presenting an array of monthly programming, mainstage productions, an artist residency, and seven annual theater festivals that create an environment of collaboration, resourcefulness, and innovation. Founded in 1998, the aim was and is to form a structure, allowing multiple artists to focus on creating and staging new work and providing affordable rental space to scores of independent artists. Now in our third decade we have produced a massive quantity of stimulating downtown theater. www.frigid.nyc