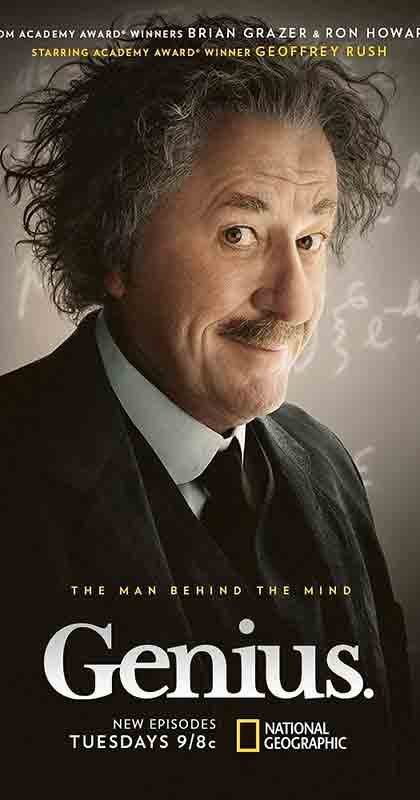 In Episode 1 the storyline jumped back and forth between the aged Mr. Einstein and his younger self whereas the second installment focuses wholly on the latter and his newfound object of affection, fellow student Mileva Maric within whom he finds his intellectual equal; unlike Marie Winteler, his love interest from the series’ previous entry and whom he finally finds it within himself to part from romantically speaking, albeit perhaps not in the gentlest of ways.

The big takeaway from this installment is the supposed fine line that exists between genius and madness; and its application to Albert. Not that the young Einstein is insane but it’s his carefree quirkiness that impacts his life and those around him. So much so that his own professors are driven to the maddening edge through their dealings with him and Mileva is affected in ways that, for all his eccentricities, he might not have been able to foresee. As if the trials and tribulations the young girl had to withstand, from not being accepted as a female attending such a school to her health impediment, was not bad enough. When arguing over wisdom of encouraging Mileva to attend college it was her own mother who told her father how no man ever married a woman for her intelligence. Yet it was her very intelligence that brought Albert to becoming enamored with her and persuading her to let down her defenses. Unfortunately he hadn’t acted entirely in her best interest. Mind you, historically speaking, it’s Mileva who later becomes his first wife but I’d imagine that to be covered in upcoming chapters?

There were two things which struck out at me the most. The first, being an obvious observation, is Johnny Flynn’s immersion into the role of young Albert. His acting’s a joy to behold as he brings to life the naïve yet brilliant and adolescent Einstein; and it is that very adolescence which brings up the next item. It’s extraordinarily easy, at least from my perspective, to disregard Albert’s age. Having been born in 1879 he would’ve entered college at about the age of 16 and thus so much is explained away. That is, in as far as his naiveté and his borderline incorrigible / carefree behavior are concerned. It’s a shame the creators of this series didn’t make it a bit more clear, but then it doesn’t take away too much from the experience. Regardless, we’re looking forward to enjoying the rest of this season!