Dr. Dave A. Chokshi, who has been serving as the city’s Health Commissioner since August, mentioned how being informed was one of the New York City’s best defenses. He went on to explain the newly presented data.

“The new page on our website includes a new summary of the latest data, seven-day average of percent positivity by ZIP code, more refined age breakdowns, and testing turnaround times,” said Dr. Chokshi. “The site will be live today and we invite all New Yorkers to see what is happening in their communities. Something that will be apparent to anyone reviewing the data is that numbers are rising steadily in neighborhoods across the city. These numbers must serve as a warning to us …”

We looked through the information on the DOH COVID Data Page and there are some interesting findings which we’ll get to in a moment.

Charts for each borough allow you to examine the daily numbers of cases, hospitalizations and deaths going back to the beginning of the pandemic in New York City (March 2020). Their are corresponding charts covering the city as a whole as well as each individual borough. 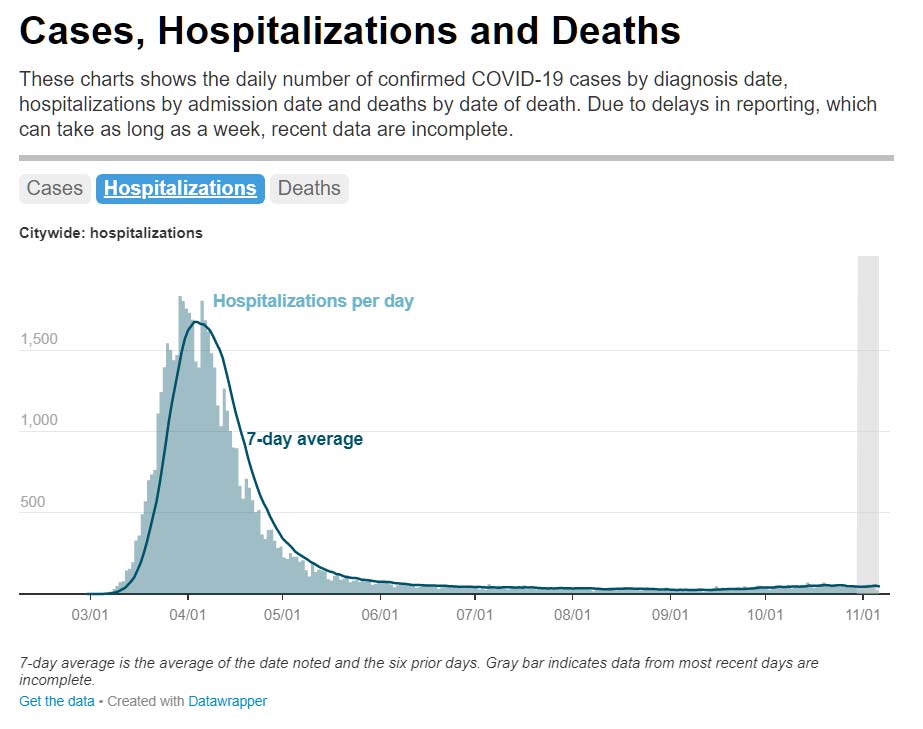 Next in line is the Virus Diagnostic Testing Chart which shows the numbers of tests administered on a daily basis as well as a breakdown of testing per age range and rate. For example, we learned that New Yorkers aged 25-34 were the largest age segment for which tests were given over the past recent months. That same chart tells us the number of folks tested per 100,000. 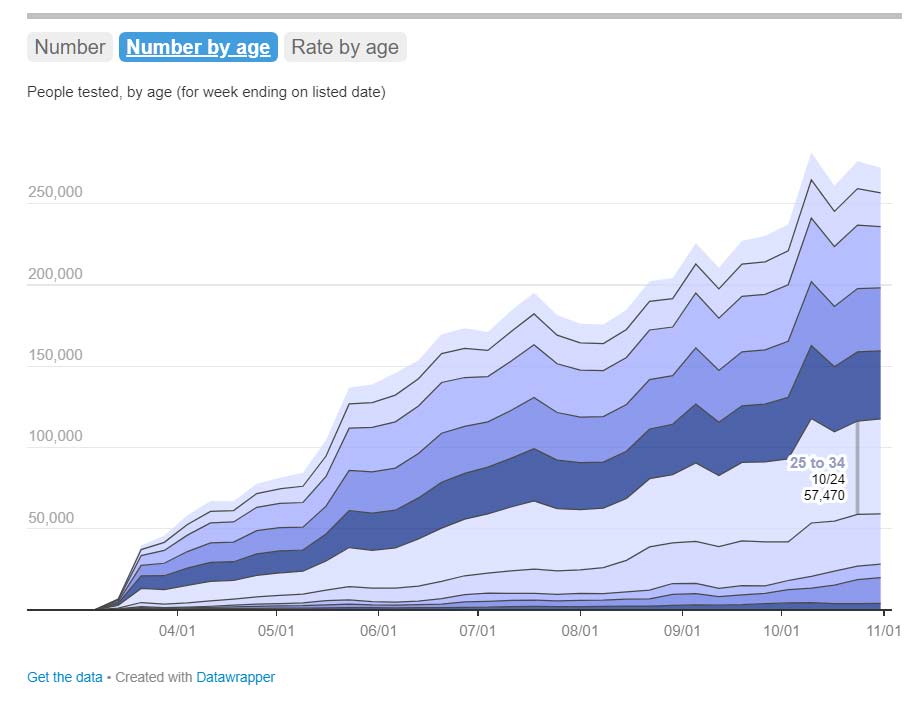 ‘The Percent Positive Citywide and by Age’ chart is, in our opinion, the most interesting. We’re able to see the age ranges most affected by Coronavirus for each day going back to March 7.

The peak for the seven day average of COVID-19 positivity lands on the end of March. Looking at the ‘by age’ portion of the chart one can see the greatest percentiles per age taking place in the days prior and after that point in time. With that, what’s evident is how positivity rate for folks aged 75 and above was a whopping 80%. 77% for people aged 65 to 74 and 70% for those aged 55 to 64. None of this is news mind you since it was well known, at the time, that the elderly were most affected by the virus.

Yet, what’s most interesting is how children and young adults were at the bottom of the chart with the lowest percentiles. Those same age groups are now at the top. Not by huge margins since the city has done a stellar job of containing the virus. Following up on that thought, kids aged 0 to 17 have a positivity rate of 3% with all others at 2%. 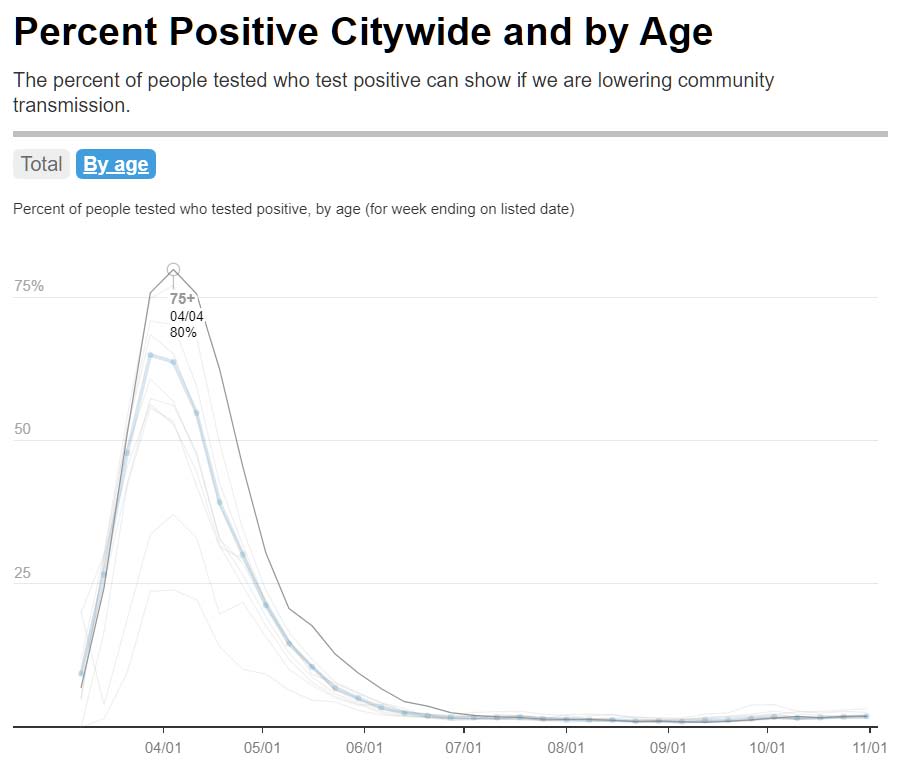 The rest of the charts on the page are titled as follows (with each name being somewhat self explanatory):