Legend of Tarzan – A Film Review 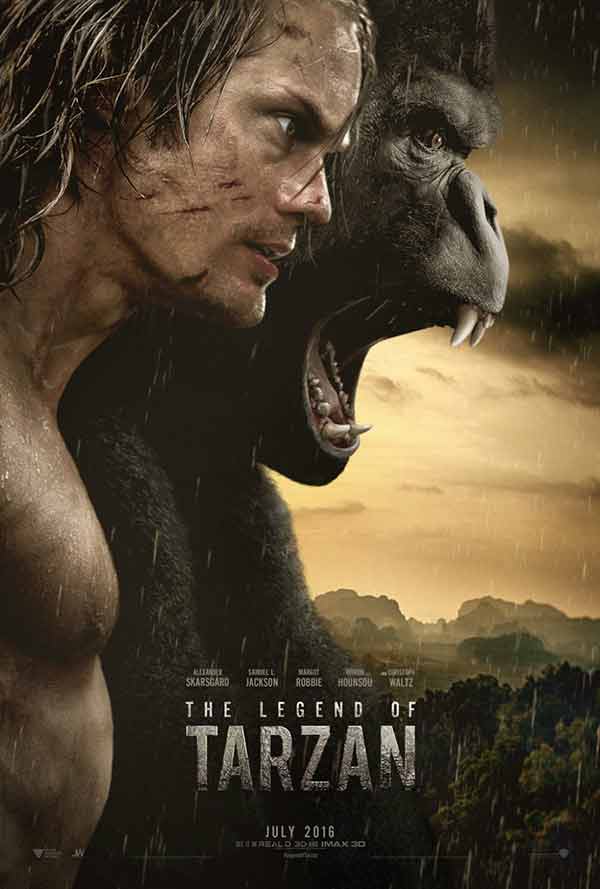 Official Film Synopsis: “”It has been years since the man once known as Tarzan (Skarsgård) left the jungles of Africa behind for a gentrified life as John Clayton III, Lord Greystoke, with his beloved wife, Jane (Robbie) at his side.Now, he has been invited back to the Congo to serve as a trade emissary of Parliament, unaware that he is a pawn in a deadly convergence of greed and revenge, masterminded by the Belgian, Captain Leon Rom (Waltz).But those behind the murderous plot have no idea what they are about to unleash.””

We’ve laid witness to dozens of blockbuster films over the years, yet only a fraction of those were worthy, in my opinion, of their smash hit status. Legend of Tarzan happens to be one of those precious gems which rises above the rest in more ways than one. It’s a movie whose storyline flows from scene to scene in grand style and with exquisite finesse. It’s a shame that a prized find such as this has gotten so many negative reviews. Truly undeserving if you ask me.

Brimming with stunning aerials and camera work this film’s worthy of a ‘best cinematography’ and ‘editing’ award nod at the very least; let alone being acknowledged for its ‘visual effects’. Effects presented through their remarkable life-like renderings of the beasts of the jungle. Stunning not merely for how they’re brought to life but as well for their interactions with the other characters. Take the Grizzly Bear of 2015’s ‘The Revenant’ and multiply that by a few dozen. Then you’ll have an inkling as to what you’re in for with this great cinematic adventure. Speaking of film comparisons, Tarzan was everything I’d wished 2016’s ‘the Jungle Book’ to be. Long on believable effects and short on silly slapstick.

Now don’t get me wrong. Tarzan wasn’t entirely without its shortcomings. Honestly, this flick won’t be getting any acting nods but darn if they didn’t strike gold with Alexander Skarsgård cast as Tarzan and Christoph Waltz as his antagonist, Leon Rom. Most of all the other characters could just as well have been played by so many other actors. Even Samuel Jackson’s role, from what I could gather, existed only for the occasional comic relief; and I could easily think of a dozen actors who could’ve performed that role just as well if not better.

Speaking of shortcomings: ‘there IS this one gaping hole in the overall logic of the film. Tarzan is presented to us in the beginning as a well-bred upper crust sophisticate after having spent most if not all of his youth in the jungle raised by gorillas. It’s possible, I guess, that there was a considerable amount of time between his having returned to society and the point at which we meet him in the film. Time that is, for his assimilation into civilization and his acquisition of proper speech, manner and understanding. Regardless, it’s something I was more than happy to excuse considering how wonderful the film managed to be by and large. After all, the entire story is a fantasy of sorts. Besides, as I’d mentioned earlier, the direction and the editing from scene to scene worked like magic. The score wasn’t an extraordinary one but it wasn’t half bad either. Stunts performed were at the top of their game. The acting was fine as was the dialogue. All coming together to form one of the year’s best films.

All in all, we enjoyed the Legend of Tarzan immensely and look forward to adding it to our video collection. We’ve no doubt most of you will like it as well considering all the rubbish out there passing as hit material.

Based on the ‘Tarzan’ stories created by Edgar Rice Burroughs