LIVE FROM NEW YORK!: IT’S OPENING NIGHT OF THE 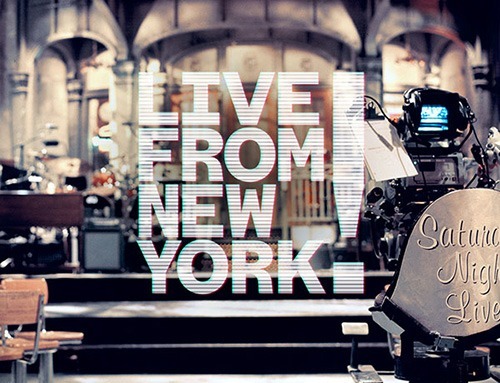 New York, NY (February 12, 2015) — The Tribeca Film Festival (TFF), presented by AT&T, announced today that the world premiere of the documentary Live From New York!, will open the 2015 Tribeca Film Festival on Wednesday, April 15. “Saturday Night Live” has been reflecting and influencing the American story for 40 years. Live From New York! explores the show’s early years, an experiment that began with a young Lorne Michaels and his cast of unknowns, and follows its evolution into a comedy institution. Archival footage is interwoven with stolen moments and exclusive commentary from “SNL” legends, journalists, hosts, crew and others influenced by the comedy giant. Live From New York! captures what has enabled “SNL” to continually refresh itself over nearly 800 episodes and keep America laughing for 40 years.  Live From New York! is directed by Tribeca alum Bao Nguyen and produced by JL Pomeroy and Tom Broecker. Tickets for the TFF 2015 Opening Night Gala go on sale on March 23 at tribecafilm.com/festival. The Tribeca Film Festival runs April 15 to April 26.

“’SNL’s’ contribution to the arts and to pop culture has been—and continues to be—groundbreaking, and Live From New York! offers an inside look at the show’s inimitable ability to both reflect and impact American news, history and culture,” said Jane Rosenthal, co-founder of the Tribeca Film Festival. “This is the story of a creative journey from pilot to institution and a tribute to the moments that kept us laughing and talking long after the episodes aired. We are excited to welcome Bao Nguyen back to Tribeca to open our 14th Festival with the world premiere of Live From New York!.”

“The selection of Live from New York! to open the 14th Tribeca Film Festival is personally gratifying to me on several levels. Having hosted SNL three times, and guested on several occasions, I speak from a first-hand experience about “SNL’s” rightful place in our culture as well as a welcome addition to our Festival,” said Robert De Niro, co-founder of the Tribeca Film Festival.

“’Saturday Night Live’ is such a revered institution and we really wanted to make a film that reflected its significance not just to the American comedic tradition but also to American culture and society,” said director Bao Nguyen. “I want to thank Lorne Michaels for allowing us to film in the storied halls of Studio 8H.   I’d also like to thank JL Pomeroy and Tom Broecker for trusting me with their creative vision. Finally, I can’t thank Tribeca enough for all their support. We couldn’t dream of a better place to world premiere Live From New York! than at New York City’s own Tribeca Film Festival.”

The 2015 Tribeca Film Festival will announce its feature film slate the first week of March.

Bao Nguyen’s most recent film, 2030 (supported by the TFI Sloan Filmmaker Fund), a sci-fi feature set in Vietnam in 2030 after global warming has affected southern Vietnam, was selected as the opening night film of Panorama at the 64th Berlin International Film Festival. He has directed, produced and shot a number of short films and music videos, which have played internationally in numerous festivals and museums including MoMA PS1 and the Smithsonian. He produced Once in a Lullaby, a feature documentary that premiered at the 2012 Tribeca Film Festival and won the Audience Award at the Woodstock Film Festival. Bao is a 2011 PBS/WGBH Producers Workshop Fellow, an alumnus of the 2012 Berlinale Talent Campus, a Tribeca All-Access participant, and a Firelight Media Producers Lab Fellow. He recently moved to Saigon, Vietnam after spending 12 years in New York City.

The Tribeca Film Festival helps filmmakers reach the broadest possible audience, enabling the international film community and general public to experience the power of cinema and promote New York City as a major filmmaking center. It is well known for being a diverse international film festival that supports emerging and established directors.

Founded by Robert De Niro, Jane Rosenthal, and Craig Hatkoff in 2001, following the attacks on the World Trade Center, to spur the economic and cultural revitalization of the lower Manhattan district through an annual celebration of film, music and culture, the Festival brings the industry and community together around storytelling.

The Tribeca Film Festival has screened more than 1,600 films from more than 80 countries since its first edition in 2002. Since inception, it has attracted an international audience of more than 4.9 million attendees, and has generated an estimated $900 million in economic activity for New York City.

About the 2015 Festival Sponsors

As Presenting Sponsor of the Tribeca Film Festival, AT&T is committed to supporting the Festival and the art of filmmaking through access and innovation, aiming to make this the most interactive film festival in the country, where visitors experience the Festival in ways they never imagined.

Passes and tickets for the 2015 Festival

The new Spring Pass is on sale now at tribecafilm.com/festival/tickets. This pass will provide access to Spring Studios, throughout the Festival, including innovation talks, exhibitions, and special events, as well as a resource center, and creative workspace, with food, and drinks. This Pass will also provide reduced ticket prices for select special events. The Spring Pass costs $400, discounted to $300 if purchased before April 15.  Pass holders can invite one guest to accompany them to Spring Studios each day of the Festival. An Individual Day Pass for Spring Studios costs $50, discounted to $40 if purchased before April 15.

Single tickets cost $18.00 for evening, and weekend screenings, and $10.00 for weekday matinee screenings.