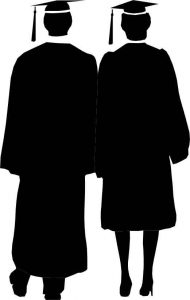 During his initial address during today’s COVID-19 Response Press Conference, Mayor Bill de Blasio addressed NYC’s entire school system and students. He announced that there would be a big city-wide celebration of graduating high school students. It would be one to be remembered and cherished he said.

“Every school will have its own approach and every school will look for a way to celebrate you, for sure and right now that all means virtual, but maybe down the line we’ll get lucky enough that some gatherings can start to occur.

Here’s what I will guarantee you.  We’re gonna do one big city wide virtual graduation ceremony. We’re going to do one big celebration of New York City’s High School Seniors. We’re gonna make it something very special. You may not have the traditional ceremony that you were looking forward to. We’re gonna give you something that you will remember for the rest of your life, and you will cherish. We’re going to bring together some very special guests to celebrate you. To salute you, the way you stuck with it. Not just in the years before but particularly during this crisis – and you know what’s wonderful, some of the people who’ll be the special stars of this gathering will be graduates themselves of the New York City Public Schools. That’s an extraordinary roster of talented people who make an amazing impact not just on this city but on the nation and the whole world. They’re going to celebrate you and remind you of the greatness of the students who come out of the NYC Public Schools. You’re going to have a day of inspiration, and support and celebration no matter what this pandemic has thrown at us.”

The Mayor followed up by saying that details will be coming out in the weeks ahead.

Earlier he would begin the conference by applauding NYC’s school system, it’s educators, the parents and the schoolchildren for the work they did in continuing the education process following school closures.

“Now our teachers are tough, our teachers are strong, the educators in NYC don’t shirk from a challenge – and they’re used to dealing with some of the toughest conditions in America. So when told you’ve got a whole week to get ready and you have to figure out as you go along, they said we’re ready, let’s do it – and it’s been inspiring to watch them. It’s been inspiring to watch the parents, many of whom again have no experience trying figure out how to support their kids with online learning, but they’ve put their heart and soul into it out of love for their children. How about the kids themselves? Let’s the note the heroism in our young people who are cooped up, going through so much, but they’ve applied themselves to online learning too. There’s a big story to be told here,” said the Mayor.

Mr. de Blasio would go on to say how, come September, the bar would need to be set very high for the coming school year and that it would need to be the greatest in the history of New York City. How the kids would need to be helped towards coming into the new school year with “incredible inspiration & desire” to make up for lost ground, and to overcome the pain they went through due to the COVID-19 Crisis.