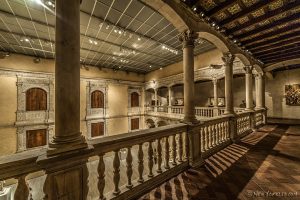 On May 19, the Metropolitan Museum of Art issued a press release stating their expected re-opening would take place before the end of Summer. The Museum was one of the first, if not the actual first, cultural institutions to shutter its doors in New York City in response to the COVID-19 Crisis. That announcement came on the same day that NYC Mayor Bill de Blasio declared a State of Emergency for our city.

New York life, which had been upended for months now, is expected to take steps towards some semblance of normalcy in the coming weeks and months. Although, that notion is not set in stone, and the degree of normalcy is open to one’s opinion and perspective.

The Mayor recently hinted that by the first half of June, New York could be entering within the realm of NY State’s Mandated Phase 1 requirements for re-opening.

Their most recent press release is as follows:

(New York, May 19, 2020)—In keeping with New York State’s phased plan for reopening the city, The Metropolitan Museum of Art is now planning to reopen to the public in mid-August or perhaps a few weeks later. When visits do resume, the Museum will debut Making The Met, 1870-2020, the signature exhibition of the Museum’s 150th anniversary year; and The Roof Garden Commission: Héctor Zamora, Lattice Detour, the latest in a series of annual presentations of a site-specific work by a contemporary artist on the open-aired Iris and B. Gerald Cantor Roof Garden. The Costume Institute’s About Time: Fashion and Duration exhibition will open on October 29, 2020. Daniel H. Weiss, President of the Museum commented: “The Met has endured much in its 150 years, and today continues as a beacon of hope for the future. This museum is also a profound reminder of the strength of the human spirit and the power of art to offer comfort, inspiration, and community. As we endure these challenging and uncertain times, we are encouraged by looking forward to the day when we can once again welcome all to enjoy The Met’s collection and exhibitions.” Initially, the days and hours The Met is open will likely be reduced, and, given the need to provide an environment that respects social distance requirements, the Museum will not have tours, talks, concerts, or events through calendar year 2020. The Met Gala will also be canceled for this year. The Museum expects to resume these activities in 2021, including a belated celebration of its 150th anniversary. 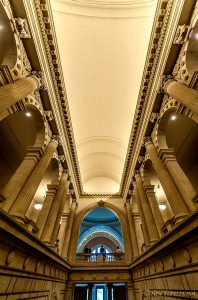 The Museum’s Announcement from March 12 follows:

(New York, Thursday, March 12, 2020)—The Metropolitan Museum of Art announced today that it will temporarily close all three locations—The Met Fifth Avenue, The Met Breuer, and The Met Cloisters—starting tomorrow, March 13, to support New York City’s effort to contain the spread of COVID-19. The Museum will undertake a thorough cleaning and plans to announce next steps early next week.

Daniel H. Weiss, President and CEO of the Museum, stated: “The Met’s priority is to protect and support our staff, volunteers, and visitors, and we have been taking several proactive precautionary measures, including discouraging travel to affected areas, implementing rigorous cleaning routines, and staying in close communication with New York City health officials and the Centers for Disease Control. While we don’t have any confirmed cases connected to the Museum, we believe that we must do all that we can to ensure a safe and healthy environment for our community, which at this time calls for us to minimize gatherings while maintaining the cleanest environment possible. We look forward to soon announcing when we’ll be able to welcome our staff and visitors back to the Museum.”

The Museum has been preparing for this possibility for several weeks, and has developed an operational plan that is now being put in place, which includes provisions to support salaried and hourly staff.