Reminding New Yorkers and all Others to Social Distance, Wear Masks and Be Careful

NYC’s 7-Day Rolling Average of Cases has continued on its upward trend with the latest number at 883.

For weeks the numbers have been on the rise with daily cases surpassing the daily threshold of 550 as set forth by the NYC Department of Health.

With Coronavirus clusters existing within the city as well as within other areas of the state, such high numbers aren’t unexpected. NY Governor Cuomo has spent weeks, if not months, reminding everyone of how the bulk of the country is doing poorly as the pandemic reels out of control in other states.

Yet, despite having the third lowest positivity rate in the United States, New York’s hospitalizations have continued along its own upward trajectory.

Lately, Mayor de Blasio has spoken of how close we are to a COVID-19 wave and how we needed to do everything possible to stave it off.

The following chart illustrates the daily numbers of Cases and the 7 Day Rolling Average: 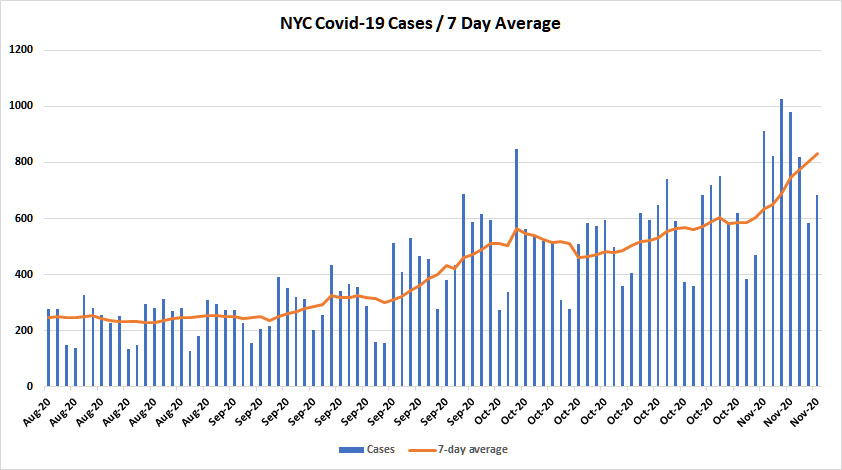