NYPD Commissioner Dermot Shea Tweeted an alert over the past two days announcing an “NYPD Gun Violence Town Hall” to be taking place on Thursday, August 6.

The event, which features a game truck, basketball, BBQ, give-aways, skills & drills and a chance to meet local police officers, is to take place from 2:00 – 8:00 pm at East 169th Street between 3rd Avenue and Park Avenue in the Bronx. The Town Hall itself would take place at 6:00 pm

The tweet follows up on an original posting by the NYPD 45th Precinct.

A special thanks to the @nycpolicefdtn, their generosity and support is what makes these #StopTheViolence Town Halls and the youth giveaways possible! https://t.co/KECZm8JsTm

This all comes as gun violence has skyrocketed in New York City over the past weeks resulting in shootings and deaths.The NYPD has striven to improve upon its relations with the city’s communities with hopes of curbing the Big Apple’s rise in crime. 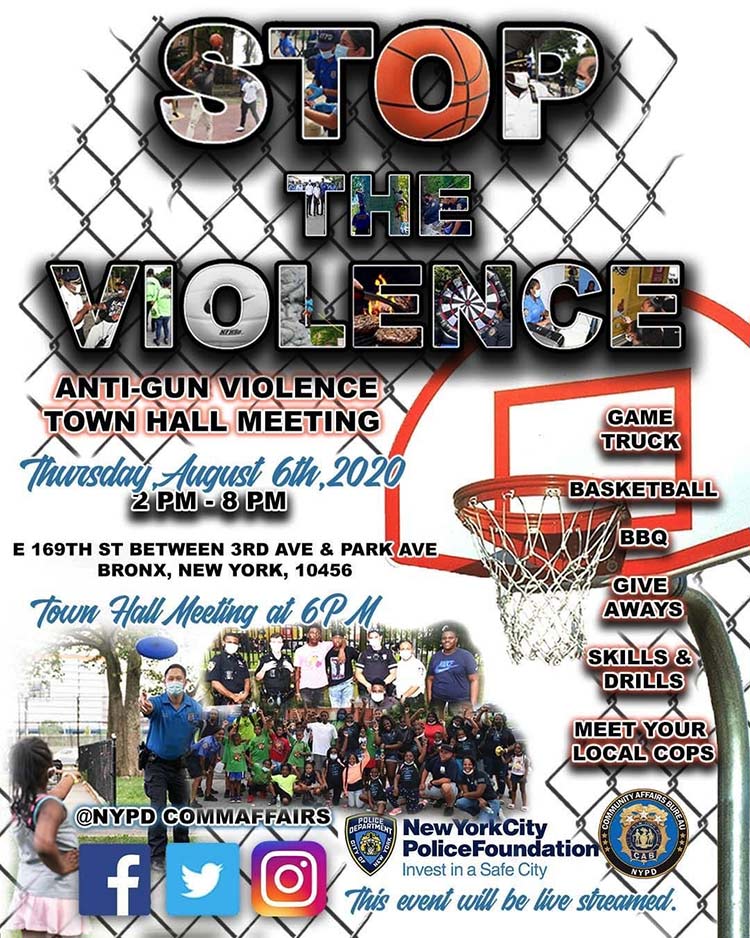