This year’s route for the LGBTQ Pride March has been announced and comes courtesy of nycpride.org. The helpful info below and the accompanying map is taken from their latest newsletter. Be sure to sign up at their page should you wish to stay abreast of all that’s going on and being offered up.

“”The NYC Pride March will begin at noon on June 26th from 25th Street and 5th Avenue. Marchers will proceed south on 5th Avenue before heading west on 8th Street. After crossing over 6th Avenue, the March will continue on Christopher Street passing the Stonewall National Monument. It will then turn north on 7th Avenue, passing the New York City AIDS Memorial, before dispersing in Chelsea at 16th Street and 7th Avenue. More than 75% percent of all marching groups are non-profit organizations, and more than half of all marching groups are participating free-of-charge.””

“”Grand Marshals slated to lead the NYC Pride March include Ts Madison, Punkie Johnson, Schuyler Bailar, Dominique Morgan, and Chase Strangio, with Angelica Ross returning for a second year as co-host and featured performer of the broadcast special on ABC-7.”” 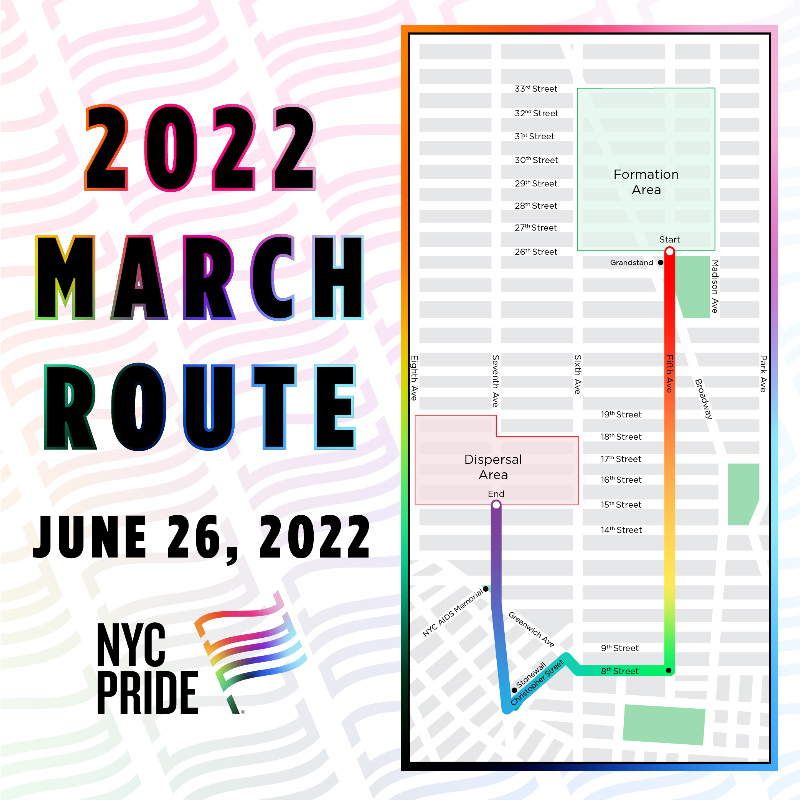