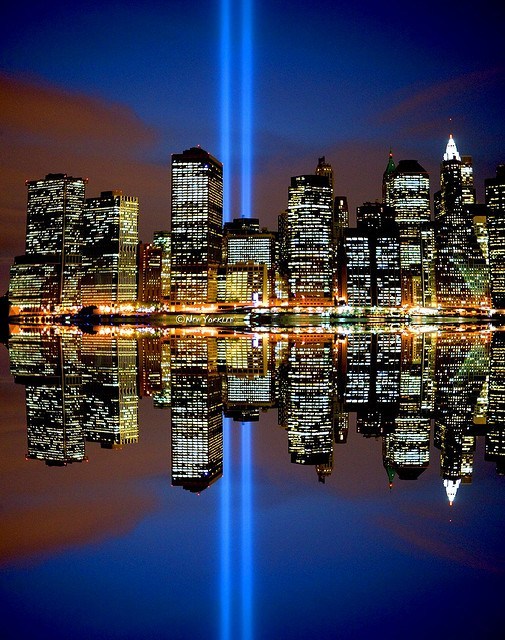 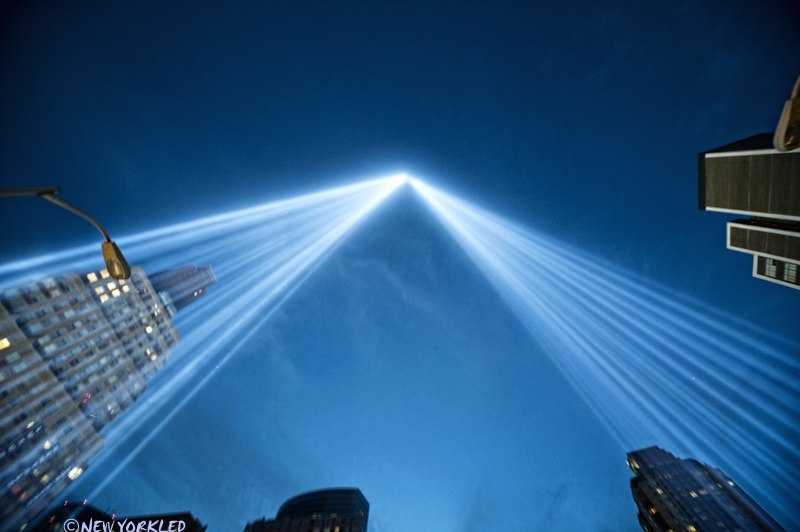 The Tribute in Light will be back this year as a tribute to all the lives lost on September 11, 2001.

As in years past, the beams of light will shine straight into the sky from lower Manhattan and be visible for many miles within and beyond the city limits.

Those wishing to visit the Memorial Plaza in Lower Manhattan (located within the WTC complex) can do so after 3:00 pm. The plaza will close earlier that day for the sake of the commemoration ceremonies being carried out to honor the many lives lost on that fateful day 21 years ago. The plaza will close to the public at midnight.

The lights will be visible beginning at sunset and will fade away at dawn the following morning. Sunset is expected to occur at 7:11 p.m. that night. The lights are best viewed when it is completely dark.

The twin lights represent the original Twin Towers. Each Beam is comprised of 88 refrigerator-sized 7,000-watt xenon searchlights positioned in two 48-foot squares that echo the shape and orientation of the twin towers.

“”As an extension of Tribute in Light, for the 21st anniversary of the September 11, 2001 attacks, the 9/11 Memorial & Museum has once again partnered with NYC & Company and buildings throughout the city to light up their facades and rooftops in sky blue. “Tribute in Lights” is a unique, but simple gesture of collective remembrance that will illuminate the city on the evening of the anniversary. Current participants include the following:

Below is a photo gallery of photos taken in years past: