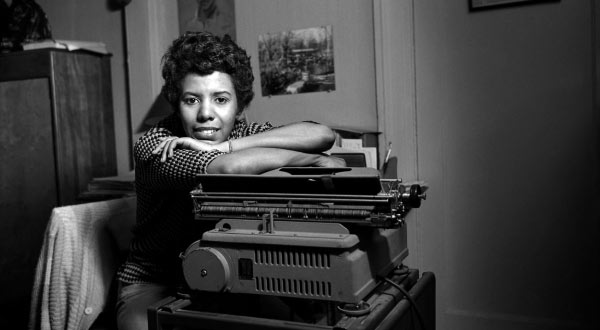 Playwright and Activist Lorraine Hansberry to be Inducted Into The American Poets Corner at the Cathedral of St. John the Divine

No reservations are needed to attend the induction ceremony.

Playwright and author Lorraine Hansberry (1930-1965), who redefined theater in the 1960s, will be celebrated as the 2022 inductee to the American Poets Corner on Sunday, November 13, 2022 following a 4 pm Evensong service at the Cathedral of St. John the Divine, 1047 Amsterdam Avenue (at 112th Street).

Lorraine Hansberry was born on May 19, 1930 on Chicago’s South Side. She was the fourth child of Carl Augustus and Nannie Perry Hansberry, migrants from Mississippi and Tennessee respectively. Hansberry moved to New York City in 1950, setting out on a groundbreaking career as a playwright. She was the youngest playwright and first Black person to win the Drama Critics Circle Award, for “Raisin,” a play which introduced Broadway audiences to the work of the work of a Black playwright and director, featuring a Black cast.

As a social activist in the 1960s, Hansberry provided financial and fundraising support to the Southern freedom movement and spoke out against colonialism, militarism, and economic exploitation. Hansberry believed in liberation from domination and oppression of every sort. She identified as a socialist, a feminist, and a lesbian. Though her life was cut short by cancer at only age 35, Hansberry’s literary and cultural legacy has influenced generations. Her praise and support of “young, gifted and Black” people has continued to resonate, and “A Raisin in the Sun” is thought to be the most widely produced play by an African American playwright in the 20th century.

The induction of Lorraine Hansberry will take place in the Cathedral’s American Poets Corner, following a service of Choral Evensong led by the Cathedral Choir under Kent Tritle, Director, Cathedral Music. With the Cathedral gradually returning to pre-pandemic gatherings, this year’s induction ceremony will also offer an opportunity to celebrate 2020 and 2021 inductees Audre Lorde and Muriel Rukeyser. Together, these three literary voices present powerful visions of America in all its diversity, challenge, and promise.

Candidates for the 2022 induction were nominated by the Electors to the Poets Corner under the guidance of Poet in Residence Marie Howe. The American Poets Corner, established in 1984 to memorialize and celebrate American writers, is modeled after a similar alcove at Westminster Abbey in London. Previous inductees include Emily Dickinson, e. e. cummings, Tennessee Williams, James Baldwin, Flannery O’Connor, Zora Neale Hurston, and last year’s dual honorees, Harriet Jacobs and Ralph Ellison. The American Poets Corner and Cathedral poetry events have become an integral part of the literary landscape of New York.

For more information on this year’s induction, visit stjohndivine.org.

The Cathedral of St. John the Divine is the Cathedral of the Episcopal Diocese of New York. It is chartered as a house of prayer for all people and a unifying center of intellectual light and leadership.

During the COVID-19 pandemic, the Cathedral has responded to changing needs in the local community and across the city and state. People from many faiths and communities worship together in daily services held online and in person; the soup kitchen serves roughly 50,000 meals annually; social service outreach has an increasingly varied roster of programs to safely provide resources and aid to the hardest-hit New Yorkers; the distinguished Cathedral School prepares young students to be future leaders; Advancing the Community of Tomorrow, the renowned preschool, afterschool and summer program, offers diverse educational and nurturing experiences; the outstanding Textile Conservation Lab preserves world treasures; concerts, exhibitions, performances and civic gatherings allow conversation, celebration, reflection and remembrance—such is the joyfully busy life of this beloved and venerated Cathedral.

About the American Poets Corner

Poets, fiction writers, essayists, and dramatists: the American Poets Corner memorializes the literature of our nation in all its surprise, wit and beauty. The Poets Corner, beloved by visitors, has earned respect for its choices of inductees, and for the high quality of its Electors and Poets in Residence, which include 17 U.S. Poets Laureate and winners of every literary prize an American writer can aspire to, including the Nobel. Marie Howe, the current Poet in Residence, joined the Cathedral in 2019.