NYC Mayor Bill de Blasio and First Lady Chirlaine McCray made an appearance at Health & Hospitals’ Jamaica, Queens location today. They were there to honor the city’s healthcare workers. Heroes on the front-lines of the COVID-19 Pandemic. Also on hand was Council Member Rory Lancman, as well as members of the FDNY and others.

Plenty of nurses, doctors and other support personnel gathered in front of the hospital located at 82-68 164th Street before the clock struck 7:00 pm. It was merely one moment out of the many celebrations taking place throughout our city, and beyond, in honor of such people who are battling the Novel Coronavirus Crisis to save lives.

Below the following video is a partial transcript of what was said.

The Mayor, speaking to the heroes of Queens Hospital:

“You’re absolutely Amazing. The eyes of the whole world are on you – and you have one of those moments in history where everyone was watching – and everything was on the line – lives were on the line – and this came out of nowhere – out of nowhere – and the question was, were you going to be the difference makers – were you going to be the people that would do things that a lot of other people might have said were impossible – But at Queens Hospital nothing is impossible.

Group shot of everyone giving the Thumbs Up 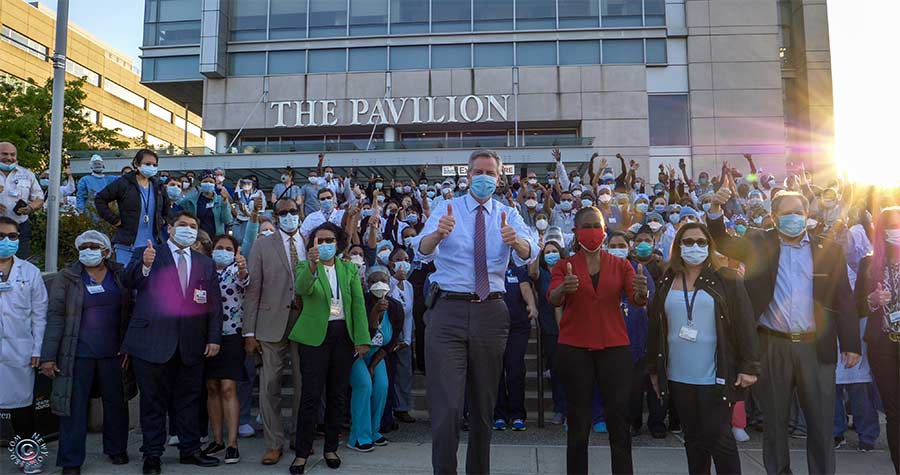