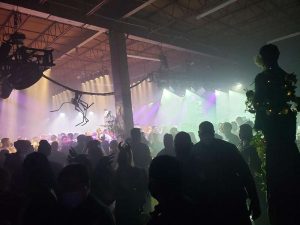 Over the past month, the NYC Sheriff’s Office has shut down numerous illegal gatherings throughout the city. Reports of such activities have come through their twitter account postings with photos and details of participating individuals numbering, at times, in the hundreds.

Due to the Coronavirus Pandemic, gatherings of 50 or more individuals have been prohibited. Likewise, establishments have been limited in their ability to serve patrons. It was not until the end of September that Governor Cuomo allowed food establishments in the city to open at 25% capacity. The sorts of activity encountered by the Sheriffs go way beyond what’s allowed. 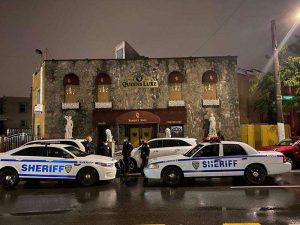 Organizers of such events were reprimanded with fines, violations while some were charged with criminal offenses.

We were curious about what being done about the hundreds of patrons who’ve attended these gatherings and so, we asked Mayor de Blasio during his press conference today.

Question to the Mayor:

“The Sheriff’s Office did some amazing work in October shutting down at least 8 illegal parties, bars, and/or clubs. But I’m curious about the people at these Gatherings. There were over 500 for the last one, nearly 400 for the one prior and hundreds more for all the others.

Now, I Imagine these might qualify as super spreader events. Especially considering the indoor setting circumstances. So, are these citizens being reprimanded or at least identified in any way…or are they just being let go?” 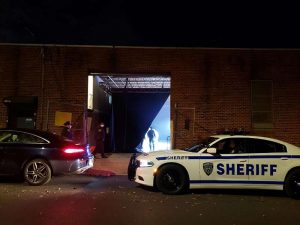 “It’s an important question, Luis, thank you. The Sheriff’s Office has done an outstanding job breaking up a number of events over time. I think an important story here is that in New York City, compared to a lot of other major cities in the world, you’ve seen less of those events proportionally. That’s the good news. I think people have taken seriously the rules a lot more here than a lot of other places, but still you need enforcement and you need consequences, and the sheriff has done that. They broke up two major parties this weekend, two major Halloween events, effectively gave a number of summonses, including some of the highest-level summonses, the $15,000 summonses. So definitely people are being held accountable, but I think your question is a very good one, what is done to help the folks who are there know that they need to get tested, and let’s see if Dr. Choksi or Dr. Varma have any information on how that follow-up is done, and that’s an area we need to focus on going forward, making sure that people know if they’re at that kind of event. Well, obviously, we’d like to believe they knew already they shouldn’t be there, but that they get reminded how important it is to get tested after. Dr. Chokshi, Dr. Varma, you want to jump in?”

“Yes, sir, just to pick up on the last point, the most important thing is for anyone who has been at a large gathering it’s important to get tested immediately. That’s important because it helps us both ensure that anyone who has a positive test, who is a case is isolated so that interrupts the spread of the virus, but it also allows our contact tracing to commence and make sure that we identify contacts for, you know, for that exposure as well. But the most important thing is we have to focus on prevention. As the Mayor said, the Sheriff has done a great work in breaking these large events up but particularly as we get into the colder months, we have to ensure that we spread the word about preventing those large events and those gatherings from happening in the first place.” 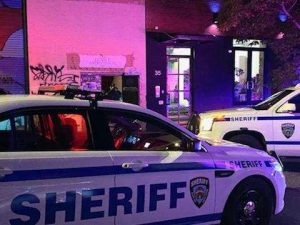 Following is a listing of incidents outlined by the Sheriff’s Office:
(for reference, ABC Laws mentioned below = Alcoholic Beverage Control Law)