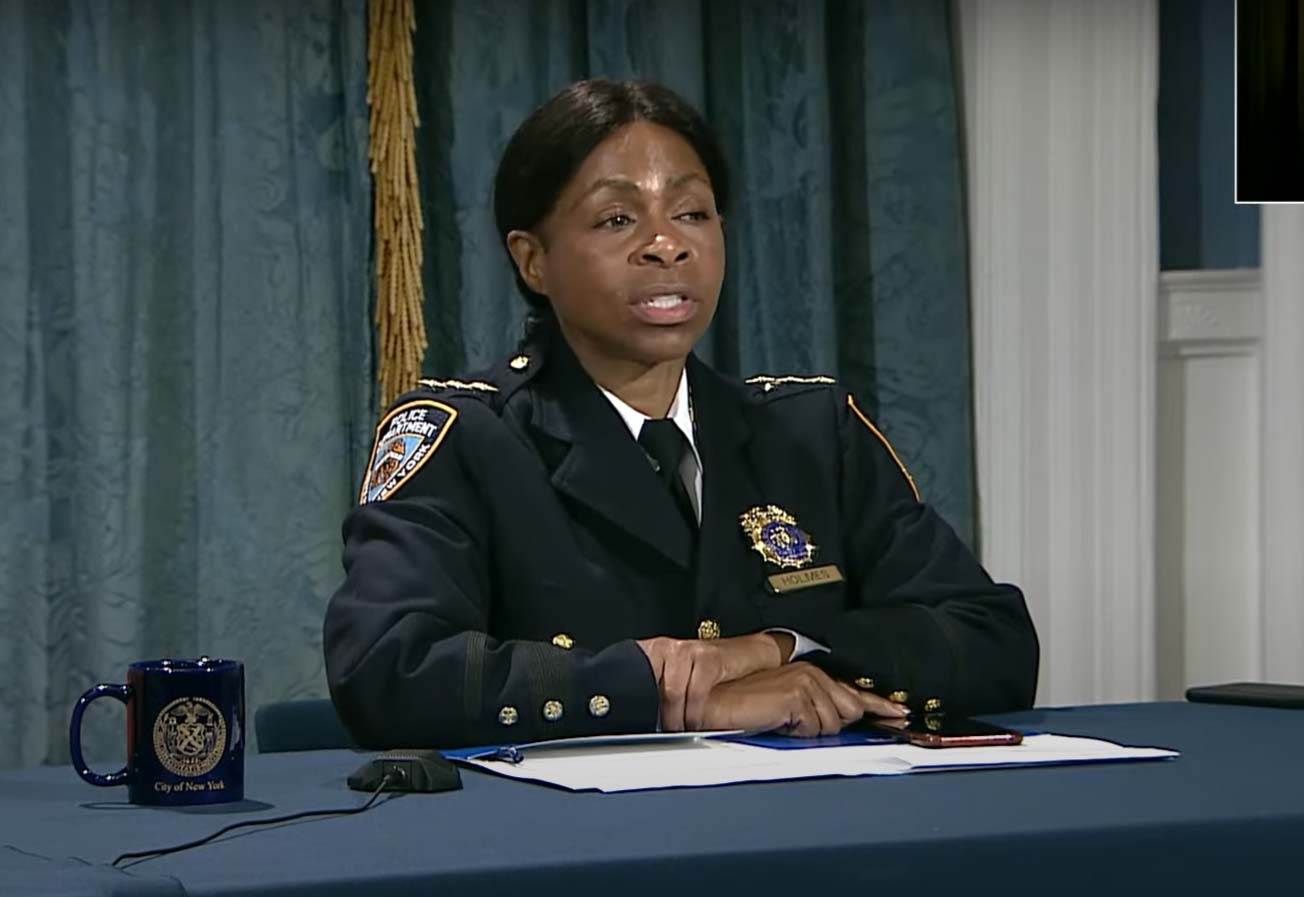 Ms. Holmes not merely be the first woman to be placed in this position. She replaces Fausto Pichardo who announced his resignation on October 14.

According to Juanita Holmes, she has 16 immediate family members who serve in the NYPD.

“I have a long history of friendship with Juanita. I’ve seen her work up close. I’ve seen her leadership skills. I can tell you that she has walked the walk and she talks the talk. She has been a precinct commander. She has been a PSA commander. She has been a borough commander. She understands this city. She understands the importance of neighborhood policing. She also understands the importance of keeping people safe. I think she is the complete package. I couldn’t be more proud to be here with her and with the Holmes family. This is going to come up no doubt. There are – you hear about Blue families and police families, but then there is the Holmes family, which is really on a – it’s kind of like the Brady Bunch. It’s a complete different level. So without further ado, let me introduce the next Chief of Patrol for the New York City Police Department.”

“Thank you, Commissioner. Thank you so much. First, I want to thank Commissioner Shea for this privilege to continue to serve the people of New York City as the Chief of Patrol. I’m grateful and humbled to continue serving under his leadership. The NYPD is my family. And as the Commissioner said, literally I have 16 immediate family members that serve with me in this department and proud to do so. I also have the family, my NYPD family, which is my inherited family, my chosen family. And I like to thank each and every one of them, because I wouldn’t be here if it wasn’t for so many of them that shared my vision. I think about – we have some of the finest women and men in this department. They love what they do. They love the city, and they’re very selfless when doing so. I thank everyone for their hard work. And I look forward to just serving alongside of them. As Chief of Collaborative Policing and in every role I think I’ve played in this department, equality, fairness, transparency has always been at the very heart of what I do. And as Chief of Patrol, this is how I will lead every day. So I’m so grateful for this opportunity. Thank you.” 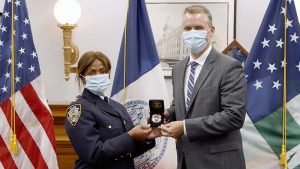 Congratulations to Chief Juanita Holmes, who was promoted to Chief of Collaborative Policing!

To carry out her new duties, the Chief will draw on her experience as a leader within the Police Department as well as her invaluable understanding of the way police officers best serve the city’s communities and the way the agency works with its many law enforcement and government partners.