Update: This article has been appended with some additional information discovered an hour following its initial posting.

New York State Health Commissioner Dr. Howard Zucker today released a statement over concerns that the COVID-19 Vaccine may have been obtained and distributed by Parcare Community Health Network in a manner not in accordance with the state’s intended approach.

The announcement comes shy of two weeks since the first vaccination was given in New York.

New York State’s prioritization guidance dictates that the first recipients of the Vaccine would be health care workers and nursing home staff and residents.

The Commissioner also stated that the Department of Health would be helping State Police in its criminal investigation.

We’d stumbled upon one posting on Twitter by ParCare Medical Center showing a Rabbi receiving the Moderna Vaccine. We’ve no clue if this is connected in any way to the commissioner’s concerns.

UPDATE: There have been reports that health clinics in the borough of Brooklyn (where the above tweet supposedly emanated from) are under criminal investigation for their supposed part in the distribution of wrongly acquired vaccines and the distribution thereof.

We stumbled upon an article from BoroPark24 through an additional search on Twitter for “ParCare”. The tweet features an advertisement declaring that vaccines are available to those who fit within any of the following categories: Elderly, High Risk or with Underlying Conditions. 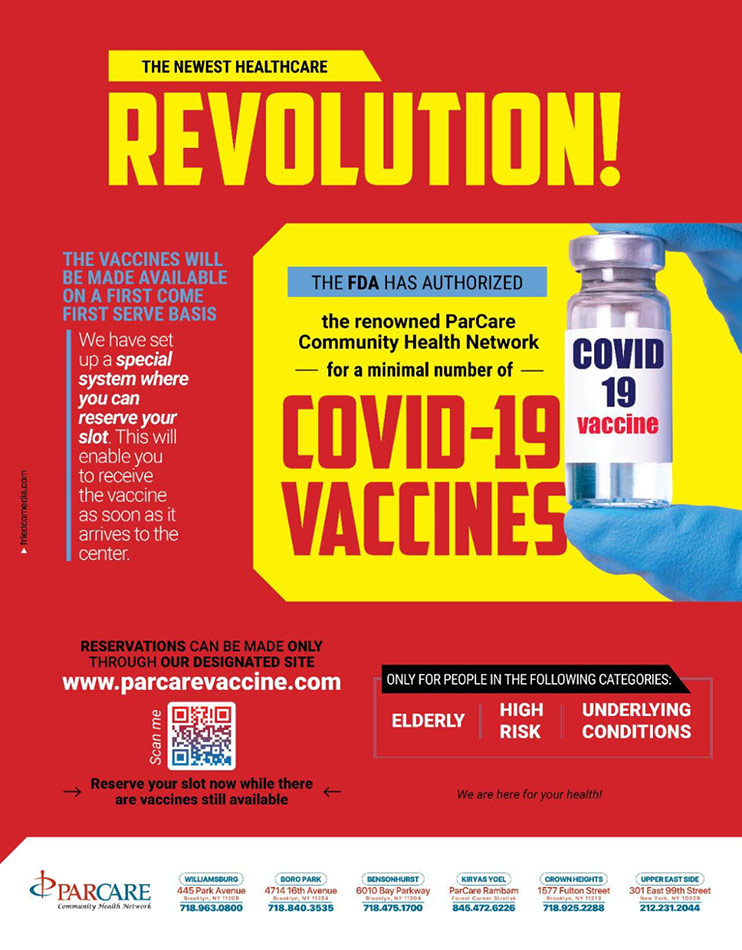 The following is Commissioner Zucker’s Statement:

“The State Department of Health has been made aware of reports that Parcare Community Health Network, an Orange County provider, may have fraudulently obtained COVID-19 vaccine, transferred it to facilities in other parts of the state in violation of state guidelines and diverted it to members of the public – contrary to the state’s plan to administer it first to frontline healthcare workers, as well as nursing home residents and staffers. We take this very seriously and DOH will be assisting State Police in a criminal investigation into this matter. Anyone found to have knowingly participated in this scheme will be held accountable to the fullest extent of the law.”