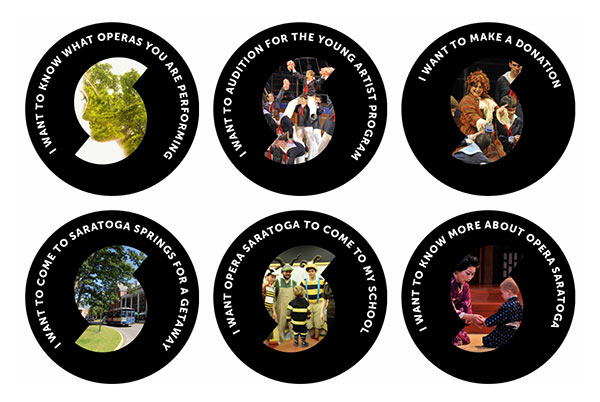 Seven Free Public Performances Also To Be Presented Throughout The Region

Visit, as well, the official site here…
(Saratoga Springs, NY) – Opera Saratoga will present Opera-To-Go performances of Pinocchio to over 50 public and private schools throughout the region from February 25, 2019 to March 30, 2019. Each year, Opera Saratoga tours a production to schools throughout the greater Capital Region and lower Adirondack regions of NY, and the lower Hudson Valley. The performances feature charismatic professional artists who love to share their joy of music and theater through opera, as well as through question and answer sessions where students have the opportunity to meet the artists and learn about the music and what it takes to put on a performance. In a world where the default forms of entertainment for children are primarily television, video games and the internet, Opera Saratoga’s Opera-to-Go program provides youth with an all-too-rare opportunity to experience the visceral thrill of the live performing arts, up close and personal.
Opera Saratoga Artistic and General Director Lawrence Edelson has once again hired a former directing fellow of the company’s nationally acclaimed Young Artist program to direct the new production. “Meaghan Deiter is a very talented emerging director who most recently served as the Assistant Director on our critically acclaimed productions of The Consul and The Merry Widowduring our 2018 Summer Festival. Meaghan has created a whimsical, fairytale production that entertains while introducing children to the joy of opera,” said Edelson.
Opera Saratoga’s production of Pinocchio is an adaptation of Carlo Collodi’s classic tale, featuring music from some of Opera’s most beloved composers, including Mozart, Donizetti, Verdi, Offenbach, and Pergolesi. Adapted by Jon Davies and sung in English, Pinocchio will take students on an adventure that will delight and enchant, all while teaching them important life lessons. “Our Opera-to-Go productions allow students to experience the thrill of opera – up close and personal – through a story that are already familiar with,” said Edelson. “Through this production of Pinocchio, students will be exposed to operatic music and classical singing, while exploring important themes of self acceptance, the importance of respecting and listening to parents, and of course, telling the truth.”
Opera Saratoga’s production of Pinocchio will feature mezzo soprano Erin Moran, soprano Cat Richmond, tenor Brian Jeffers, and baritone Michael Parham. Brandon Eldredge serves as music director and pianist for the production.
In addition to Opera Saratoga’s in-school performances, there are seven free public performances of Pinocchio scheduled, to ensure families throughout the region have access to opera. Performance dates, times and venues are as follows:
Saratoga Arts Center (in partnership with The Children’s Museum)
Saturday, March 2, 2019 @ 11:00am
320 Broadway
Saratoga Springs, NY 12866
World Awareness Children’s Museum
Saturday, March 2, 2019 @ 3:30pm
89 Warren Street
Glens Falls, NY12801
Clifton Park – Halfmoon Public Library
Sunday, March 9, 2019 @ 1:00pm
475 Moe Road
Clifton Park, NY 12065
Saratoga Public Library
Saturday, March 16, 2019 @ 1:00pm
49 Henry Street
Saratoga Springs, NY 12866
Crandall Public Library
Saturday, March 23, 2019 @ 11:00am
251 Glen Street
Glens Falls, NY 12801
Schuylerville Public Library
Friday, March 23, 2019 @ 2:00pm
52 Ferry Street
Schuylerville, NY 12871
Schenectady Civic Players
Saturday, March 30, 2018 @ 2:30pm
12 South Church Street
Schenectady, NY 12305

Opera Saratoga, formerly known as Lake George Opera, began with a production of Die Fledermaus at the Diamond Point Theatre on July 5, 1962, playing to an audience of 230. The Company now calls Saratoga Springs home and performs for more than 25,000 people annually. Opera Saratoga serves the communities of Saratoga Springs, the Lower Adirondack and New York State Capital areas by providing access to world-class opera through the production of an annual Summer Festival, as well as year-round activities including extensive educational programs, mentorship of emerging operatic artists, and unique opportunities for the public to experience opera in both our home theater and non-traditional venues that leverage and embrace the unique cultural, historic, and natural resources of the area. To date, the Company has performed over 90 different fully-staged works by over 50 different composers, including thirty-three works by American composers and six world-premiere productions. In 2014, the Board of Directors appointed Lawrence Edelson Opera Saratoga’s Artistic and General Director. Edelson’s leadership marked a new chapter in the company’s history, with increased emphasis on community partnerships throughout the year, diversification of the company’s repertoire, and a reaffirmed commitment to both the presentation of American opera and the mentorship of emerging artists as core activities in the company’s programs each season. The 2019 Summer Festival marks the fifth season under his leadership. For more information, visit www.operasaratoga.org.