Phase 1B of Vaccination to Begin Monday for Elderly Over 75, Police, Firefighters, Teachers & Other Essential Workers

Earlier, NYC Public Advocate Williams Called Upon the Mayor to Defy the Governor

NY State Governor Andrew Cuomo today announced that Phase 1B of the Vaccination process would begin on Monday, January 11.

Amongst those included in 1B would be the elderly aged 75 and beyond who are most affected by the virus. This age range makes up the bulk of COVID-19 related hospitalizations and deaths. Also included are teachers, police, firefighters, and other essential workers.

“The 1B category includes approximately 3 million people statewide and the state will utilize a variety of non-governmental agencies to administer those vaccines including pharmacies, private doctor networks, and community groups serving underserved communities, as the state announced last week,” said Communications Director Peter Ajemian earlier this week.  “There will be literally thousands of distribution points statewide.”

The Governor’s announcement comes after local leaders voiced concerns over the most vulnerable not getting vaccinated as yet.

In an interview today with WNYC’s The Brian Lehrer Show, the host asked NYC Mayor Bill de Blasio the following:

“And for people who don’t know the background here, some of it is that some doses are apparently getting thrown away in some locations after frontline workers get their shots and the State won’t let you give them to other people whose turn isn’t officially here yet, like people 75 and up,” said Mr. Lehrer. “So you said you’re waiting for the State’s permission and setting this up for Sunday or Monday to pressure them. Why not just do it? Like do it and ask for forgiveness later if you know what I mean, rather than ask for permission first?”

Mayor de Blasio: “I want to be able to bring in everyone over 75, who wants the vaccine. Again, anyone can go to that website right now, to start knowing where the locations are. As soon as we get the authorization from the State, we’re going to open up immediately to people over 75. And that phone system will be up and running on Monday.”

Earlier in the day, NYC Public Advocate Jumaane Williams issued a statement calling upon the Mayor to defy the Governor’s orders by distributing the vaccine to the most vulnerable.

The following would be that which Mr. Williams shared through a press release: 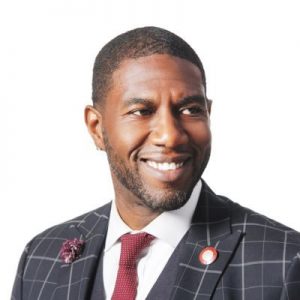 NEW YORK: Public Advocate Jumaane D. Williams issued the following statement after Mayor Bill de Blasio announced today that there are hundreds of thousands of vaccine doses available which the city has been unable to distribute to the elderly or essential workers as a result of state restrictions and the threat of fines.

“On a day when thousands of New Yorkers tested positive for COVID-19, the city has hundreds of thousands of vaccines going to waste rather than to those in need. Mayor de Blasio should immediately direct NYC Health + Hospitals to distribute these lifesaving doses to the vulnerable populations next in line, regardless of state approval. If Governor Cuomo wants to issue a million-dollar fine to the city that he has already deprived of adequate financial aid, revenue raising, and borrowing authority, then I am ready to stand-in court or not- and defend the decision to protect as many people as possible, as quickly as possible.”

Related to the above, Melissa DeRosa (secretary to Governor Cuomo) tweeted the following in response to a Twitter posting by the Mayor:

**With a priority for frontline healthcare heroes — only 13% of whom have been vaccinated so far in NYC https://t.co/zohtIapuk4