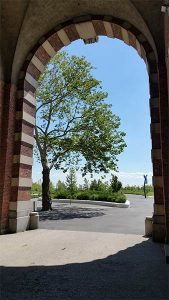 On June 17, NYC Mayor de Blasio expressed concerns about crowding issues when asked about the reopening of Governors Island. This comes amidst NYC’s road to recovery from the COVID-19 Crisis which forced the closure of its economy since mid March. NYC is tentatively scheduled to enter Phase 2 Reopening Status on June 22. It had entered Phase 1 on June 8.

Yesterday, I asked the Mayor about his thoughts concerning the reopening of the Island which had been postponed to an unspecified date due to the Pandemic. The previous week, he shared how the Staten Island Ferry’s ridership was increasing.

In my question I mentioned how the Staten Island Ferry ride takes 25 minutes, yet the ride to Governor’s Island was under 10 ten minutes.

“…when I think of Governor’s Island summer, I think of large people, large numbers of people gathering and, you know, we’ve been very cautious about anything with large numbers of people gathering, and we’re trying to really keep limits on that as we work through Phase One into Phase Two and then determine a long-term plan for the city. So we’ll make a decision on that pretty soon,” said Mr. de Blasio.

“I want to just be clear that my concern … if we are to reopen that we do it in a way that really avoids too much crowding and we don’t have that plan locked down yet.”

That there would be concerns over any crowding situation whilst trying to adhere to social distancing guidelines is a foregone conclusion.

It’s interesting how the Mayor would twice say, “I think…” 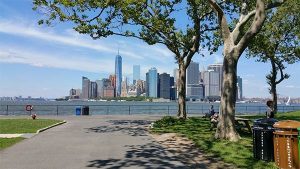 I’m not sure how many times he’s been to the Island but I’ve visited repeatedly over the past two years on busy and quiet days and have never witnessed any sort of overcrowding. The landmark’s ground-space is relatively vast.

If there are any spots or sections to be concerned with then they could just as easily be closed or sectioned off.

The only troubling situation we could think of are the ferries themselves. I’ve seen them crowded and yes, that can be an issue.

Now of course, there may be considerations which only the administration and other officials are privy. Such as say, the needed workforce; or perhaps something I’m just not thinking of. Plus, there’s the timing as well. I present this proposal looking forward to the possibility of opening the island before Summer’s end. Hopefully sooner. Governor Cuomo has clearly stated that the rules don’t change for NYC. Thus, that would place us at a Phase 3 reopening of July 6 and a Phase 4 reopening of July 20.

Yet, putting that aside, My solution? Non-refundable fee-based reservations.

Ever since the first thoughts of recovery entered folks’ minds the notion of having reservations wasn’t a far-fetched one. Heck, there was one crazy idea of reservations for the subways.

24 Hour Fitness had announced such an idea for their gyms. The Hudson Yards’ Vessel landmark has been doing it since they first opened, long before the Novel Coronavirus Pandemic came along.

So, why not consider requiring time-slot reservations which in turn would require the payment of the ferry ride ahead of time. Limit the number of tickets allowed for each departure towards the island. In turn, this would allow only a set number of visitors per day. 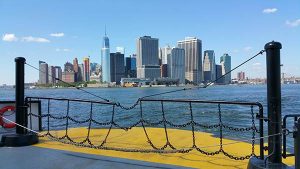 For the return trip, cut the allowable capacity of each Ferry by a certain percentage. Also, the final departure times would need to be set to a time that’s a bit earlier than normal, or rather, earlier than the time the city and the Trust for Governors Island would wish to fully close off the island.

This way, with the limited ferry capacity they’ll be able to assure the timely emptying of the island. Folks will simply have to stand on a long line, socially distancing along the way.

Folks not interested in dealing with this are welcomed to depart earlier.

Another thing to consider is allowing only a set amount of time for one’s visit and require specific departure time slots per person. Stay beyond that time and you’ll be charged a nominal fee to be deducted automatically from the credit card used when first purchasing a ticket.

Also, the aforementioned non-refundable fee would deter folks from making reservations they had no intention, or unable to see through.

In the past, the island has always opened regardless of the numbers who would visit. I’ve been there when I felt as if I and a few others were the only one in sight.

I’ve reached out to the Trust for Governors Island but have not gotten a response yet.