In Wake of Texas’ Infrastructure Failures, Ocasio-Cortez, Schumer and Velázquez Call on FEMA to Ensure $10B Upgrade to Puerto Rico’s Electric Grid is Sustainable

The following press release comes courtesy of the Office of Congresswoman Alexandria Ocasio-Cortez.

WASHINGTON, D.C. –  Today, Reps. Alexandria Ocasio-Cortez (NY-14), Nydia Velázquez and Minority Leader Chuck Schumer led a group of 14 House and Senate Members in calling on FEMA to use its planned $9.6 billion investment in Puerto Rico’s electrical grid to help transition the island to renewable energy. This formal request comes as Texans are facing the devastating consequences of their state’s failure to invest in renewable energy and prepare their infrastructure for climate change.

“Puerto Rico is stuck in a vicious cycle. After every climate disaster, billions are spent repairing the vulnerable, centralized electric grid that is heavily dependent on fossil fuels. Rather than address the root of the problem, we ensure it will happen again,” said Rep. Ocasio-Cortez in a statement. “In Puerto Rico, we now have a chance to do something different.  We can address both the Island’s economic devastation and vulnerability to climate change by investing in a modern, reliable, sustainable energy grid that will create thousands of good-paying jobs. We must seize this opportunity and break the vicious, failed cycle of federal disaster response.”

In their letter to the Biden administration, the House and Senate Members specifically noted that Puerto Rico Electric Power Authority (PREPA) planned to use $853 million in FEMA funds for the construction of new natural gas generation infrastructure in addition to the funds that would be used to perpetuate the existing vulnerable centralized transmission and distribution system. The members asked FEMA to encourage PREPA to use this relief to transition to distributed renewable energy systems, instead.

“Now that we have finally overcome years of Trump’s shamefully withholding vital aid we delivered to rebuild Puerto Rico, it is essential that PREPA use this enormous $9.6 billion dollar grant to build a resilient, decentralized and environmentally-friendly energy grid that is not completely dependent on dirty and expensive fossil fuels. It is essential that PREPA modernizes so that it’s no longer dependent on carbon fuel, is more resilient to future storms, investments in microgrids and uses clean, reliable, renewable energy generated on the island. FEMA should support a sustainable energy plan for the electric grid that responds to the calls from Puerto Rico’s residents for exactly that and help end the cycle of disaster damage.”

The full letter is available below. 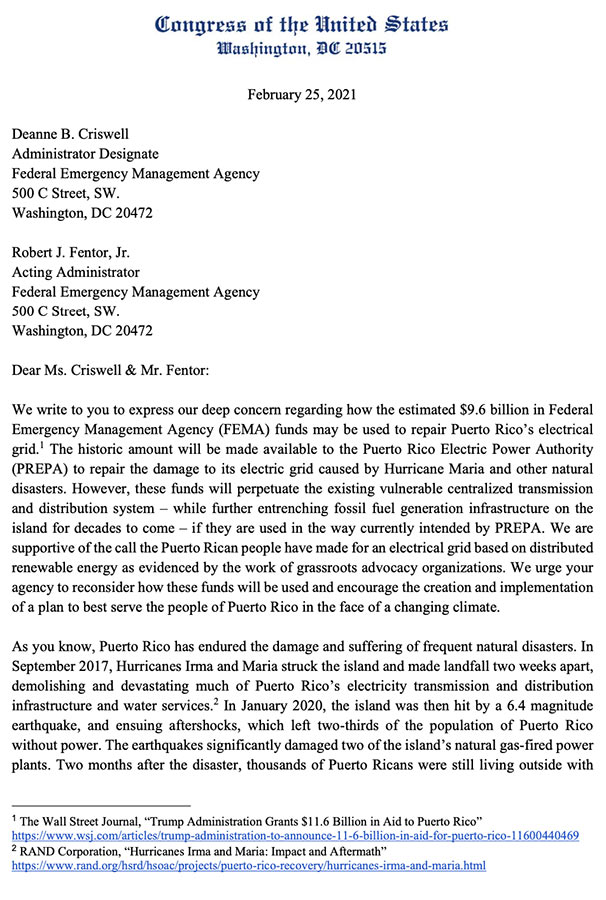 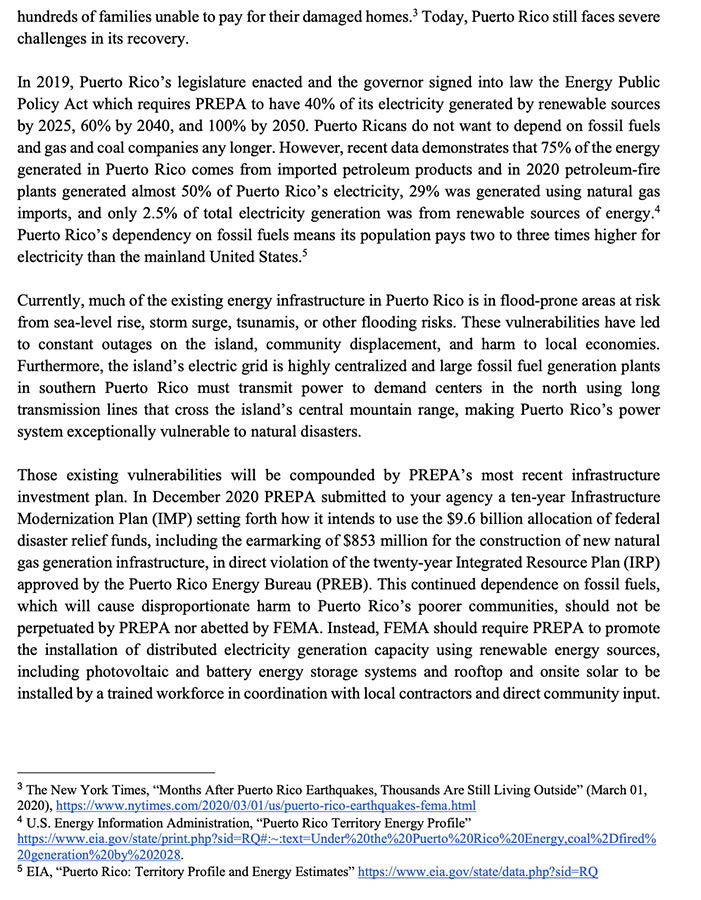 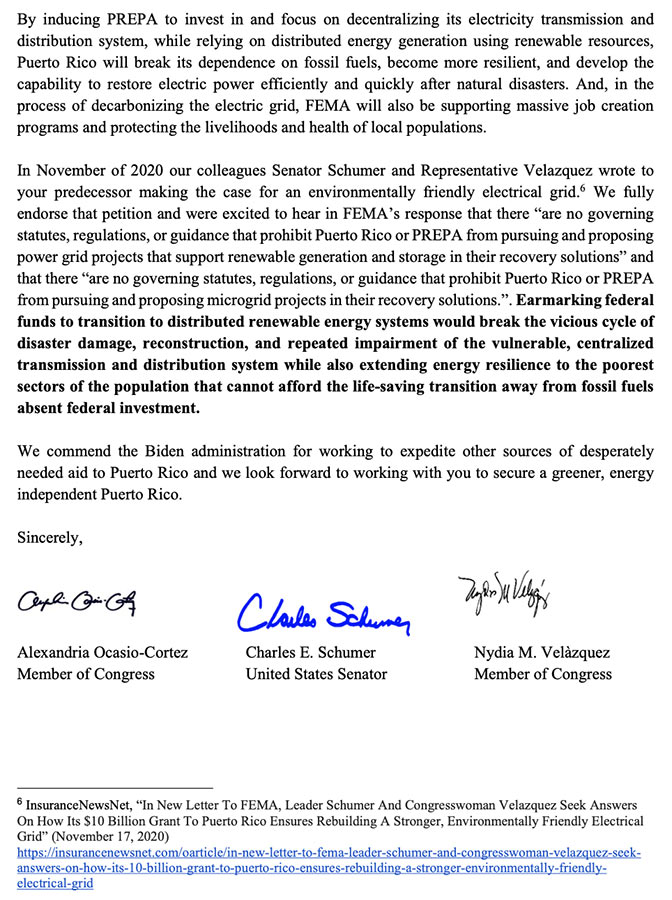