RiseNY Comes to the Big Apple in Mid December 2021

Purchase Tickets (which start at $24) Here…

RiseNY, a One-of-a-Kind, NYC-Focused Attraction Pairing a Soaring Ride that Transports Visitors on a Breathtaking Aerial Adventure Over the City, Combined with Museum Exhibit Galleries, Premieres in the Heart of New York on Dec. 17

This Uplifting Experience will Celebrate Iconic Aspects of NYC and What Makes it  Globally Famous from its Skyline, Fashion, TV/Radio, Film, Broadway, Music and More 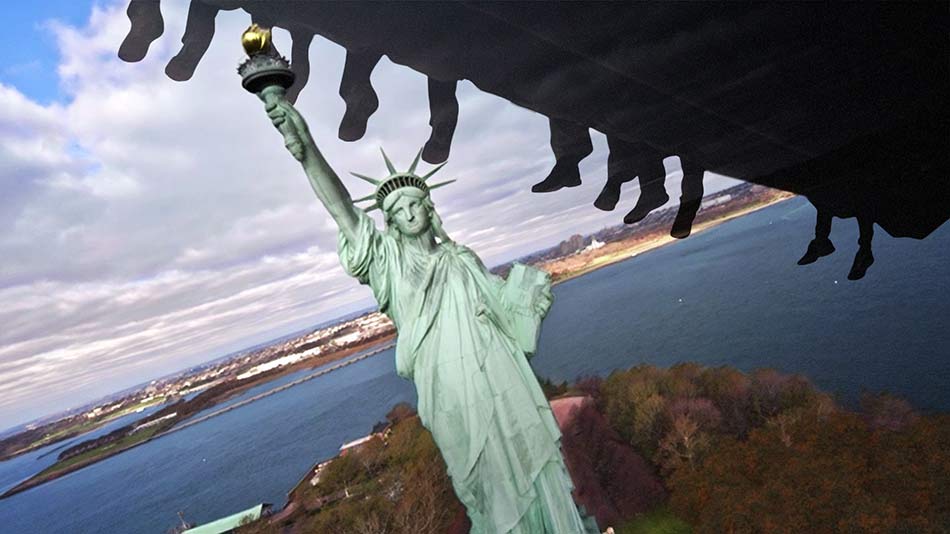 RiseNY, a first-of-its-kind new attraction combining museum exhibit galleries with a majestic theme park-style soaring ride where visitors experience the ultimate feeling of flight as they soar high above New York City, will open in the heart of the city (160 West 45th Street) on December 17. A uniquely immersive, exhilarating and entertaining experience, RiseNY will uplift, inspire and connect audiences to the Big Apple’s most famous sites and moments.

The centerpiece of RiseNY is a spectacular 46-seat soaring ride – a world-class, state-of-the-art flying theater – that gives visitors of all ages a unique bird’s-eye view tour of the Big Apple. Once on board and lifted 30 feet into the air, guests will hang suspended, their feet dangling as they glide over NYC’s iconic skyline and landmarks while inside a 180-degree, 40-foot projection dome featuring 8K aerial footage that creates the sensation of flight.

The city’s first-ever flight simulation ride, RiseNY will tingle the senses and have visitors soaring to New (York) heights. Full motion seats dip, turn and soar, while wind, mist and scents enhance the experience. A soundtrack headlined by Taylor Swift’s “Welcome to New York” and Frank Sinatra’s “Theme From New York” will further evoke the quintessential spirit of NYC.

RiseNY is created and produced by Running Subway – a New York-based entertainment production company – in partnership with several prestigious cultural institutions, Broadway shows and individuals that serve as co-curators of their respective exhibit galleries. They include the Rock & Roll Hall of Fame, Museum of American Finance, Museum of Broadcast Communications & Radio Hall of Fame, Museum at FIT, Skyscraper Museum, Tribeca Festival, and David Bushman, former head curator at The Paley Center. RiseNY will donate a portion of proceeds from ticket sales to each of the partner institutions.

“I was inspired after riding ‘Soarin’ Over California’ in Disneyland with my son, and always thought, wouldn’t it be amazing to fly over and around NYC?” said James Sanna, President and CEO of Running Subway. “And, now, over a decade later, we’ve been able to tap into the latest technology and advancements to create an experience unique to the city I love.” 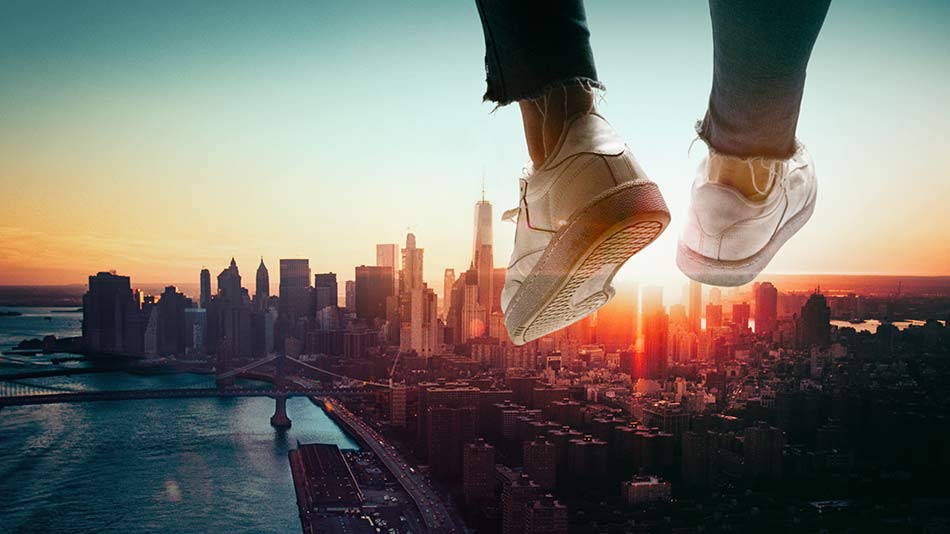 The experience begins with a captivating film by award-winning documentarians Ric Burns and James Sanders, narrated by beloved actor Jeff Goldblum. The film showcases NYC’s history, specifically Times Square and its global impact. Visitors start their journey in a re-creation of the city’s first subway station at City Hall circa 1904, which springs to life and transforms into a fully immersive theater with visual and special effects. As the film concludes, a present-day subway car virtually transports guests to the galleries.

Visitors then journey through NYC’s vibrant pop-cultural evolution to see its indelible impact not only on the city itself, but the world. Each of the seven distinctly themed galleries – Finance, Skyline, TV/Radio, Fashion, Music, Broadway and Film – feature historic artifacts, star-studded memorabilia and engaging, fun and educational displays.

Highlights include Madonna’s custom Keith Haring jacket, Springsteen’s original guitar that he used to write “Born To Run,” and a statue of Alexander Hamilton commissioned by his son. Also featured are original costumes and props from iconic TV shows in history, Beyonce’s Bill Blass designed gown and much more.

RiseNY culminates with the theme park-style soaring ride where visitors will experience NYC like they’ve never seen before.

“RiseNY is a unique and exhilarating attraction at the heart of New York City,” said Ric Burns. “It’s an incredible love letter to the world’s greatest city and encapsulates the beating heart, and hub, and dazzling point of convergence that is New York. We’ve been thrilled to have a small part in this adventure, which promises to put a smile on the face of everyone who sails through.”

“New York City’s newest attraction is opening as the city is rebounding from the pandemic in an extraordinary way,” said Fred Dixon, President and CEO, NYC & Company. “RiseNY will help the city soar to new heights, and we encourage New Yorkers and tourists alike to visit this groundbreaking and exciting new experience celebrating NYC.”

“Introducing a major project like this during unsteady times has been quite a challenge, but we’re very grateful to the participating museums and our partners who helped bring this project to life,” said Sanna. “Thank you to our flying theatre manufacturer Brogent Technologies, Ric Burns’ Steeplechase Films, real estate developer Bow Tie Partners, our ticketing partner ShowClix, JRM Construction Management, and Gotta Have It Collectibles. This wouldn’t be possible without their continued collaboration and support.”

RiseNY will be open every day except Tuesdays. Hours are from 10 a.m. – 8 p.m. on Sundays, Mondays, Wednesdays and Thursdays, and from 10 a.m. – 10 p.m. on Fridays and Saturdays. Last tickets are sold 60 minutes prior to closing.

Tickets for RiseNY start at $24.00. Special prices are also available for children (under 12 years of age), seniors (65+), students (with student ID) and veterans and acting members of the military. Special savings for groups of 10 or more with advanced reservations.

For individual tickets and venue hours, go to the RiseNY website or visit the RiseNY box office.

RiseNY (160 West 45th Street) is a first-of-its-kind attraction designed to connect audiences to New York City through an incredible journey. Guests will experience how NYC became the city it is known as today through immersive films, museum-style galleries, and culminates with a theme park-quality soaring ride. For more information about RiseNY, visit www.riseny.co.

Running Subway is a New York-based entertainment production company that has produced a multitude of successful exhibitions and theatrical productions including Van Gogh: The Immersive Experience, King Tut, Pompeii, The Dead Sea Scrolls, Harry Potter, and The Art of the Brick. Running Subway is also responsible for the highly successful Broadway and touring production of How the Grinch Stole Christmas! The Musical as well as Judy Garland in Concert and Sinatra at the London Palladium. For more information about Running Subway, visit runningsubway.com.