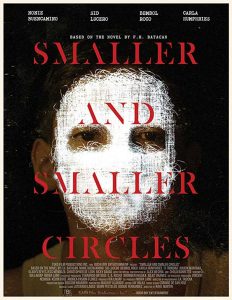 Taking place in the Village of Payatas within the Philippines is this intelligently told crime-drama about a string of murders involving young boys and the hunt for the serial killer. The story revolves mainly around a pair of Jesuit priests (fathers Augusto Saenz & Jerome Lucero), both good to the core, of which Saenz happens to be a Forensic pathologist and Lucero a professor.
Greatly troubling for Saenz is the two-fold confrontation he faces with the lack of care and action on the part of the authorities and their handling of the murders, as well as the catholic church’s mishandling and ensuing protection of a priest found guilty of the sexual abuse of children. Despite the corruption, the ugliness and difficulties in getting those in authority to do the right thing Saenz tirelessly strives on.
In the end, we’re met with an extraordinarily unsatisfying conclusion. The mystery is solved with the suspect dying at his own hands. Even the revelation that the killer was himself a victim of abuse brought on by a member of the clergy brings no hope; and therein lies the moral of the story. All is hopeless in an oppressed society filled with corruption on multiple levels; at least that would be my understanding of what the author had in mind. Admittedly, it wasn’t until I read through the Amazon reader reviews of the novel, on which this film is based, that I managed a firmer grasp of the grander essence of the overall message.
Overall it’s an impressive work with excellent dialogue driven on by great direction and exceptional acting. All who participated in this film should be very proud of their part. If there were ever to be a followup of this story through a sequel and such then I’d truly be interested.