As we mentioned in our recent post, Squibb Bridge was opened up to the public today. Found within Brooklyn Bridge Park, the pedestrian bridge connects the Brooklyn Promenade with the Pier 1 section of the park below.

I found that the park was, for the most part, not filled at all. Although, the overcast skies, cooler temperatures and strong wind all might’ve had a great deal to do with that.

Here on this page you’ll find a quick video made from smaller snippets taken within the bridge. As well, are photographs taken with my Huawei P30 smartphone.

View of Squibb Bridge from the Brooklyn Bridge. You can see there centered within the photo. 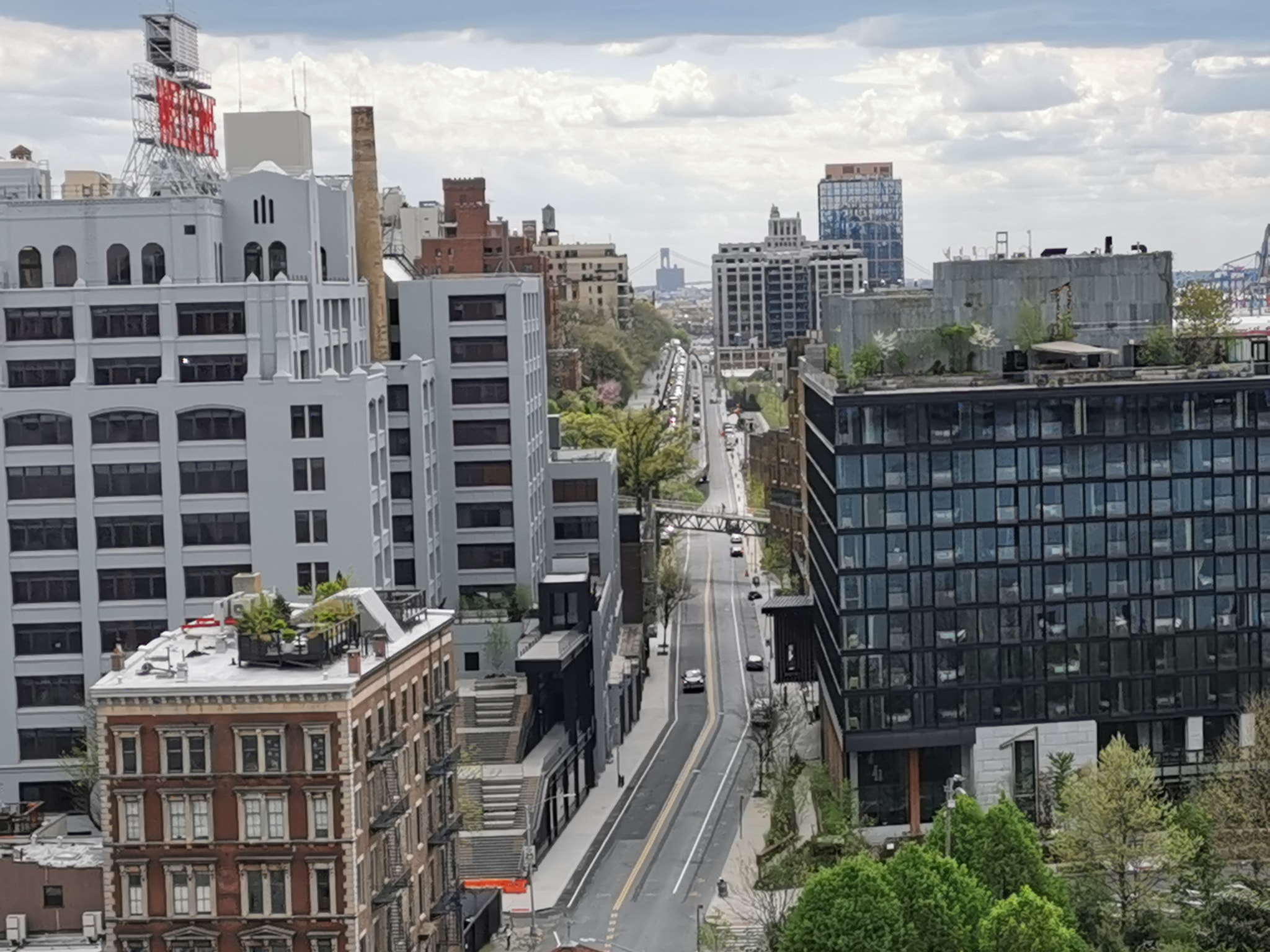 Entrance from the Pier 1 section of Brooklyn Bridge Park is easily found and accessible. 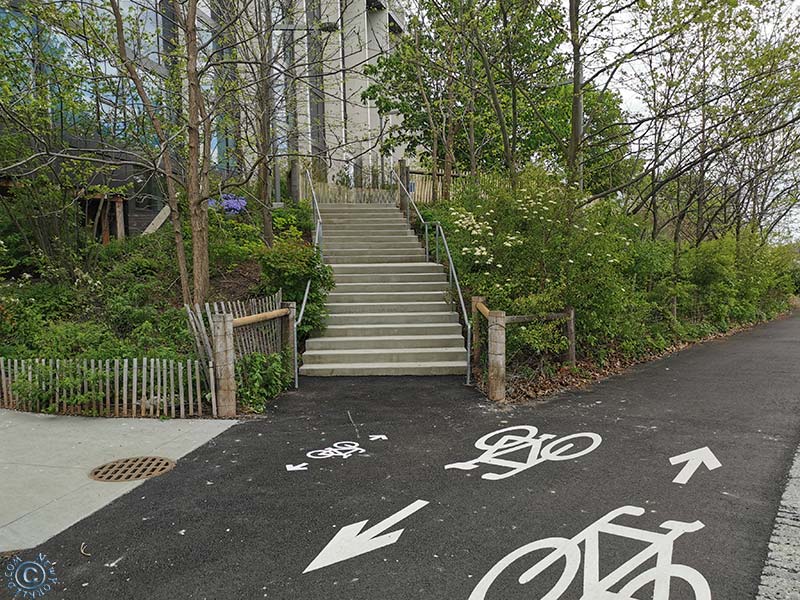 From this one angle, of the many to be enjoyed, you can see Lower Manhattan across the East River as well as part of the Brooklyn Bridge. 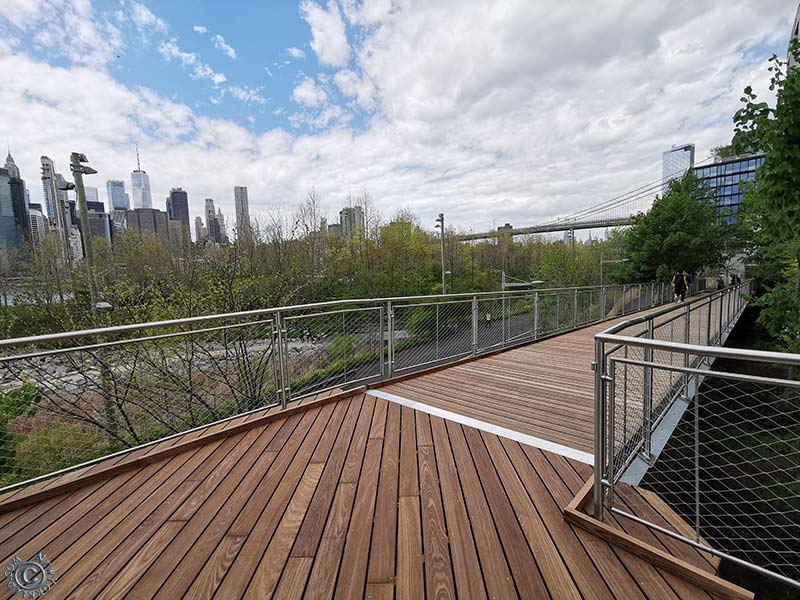 You just can’t beat these views. I’ve no clue how crowded the park might’ve been on Sunday (yesterday) when the temperatures had reached the 70s. There were a great many mass of New Yorkers throughout the city’s parks so one can only imagine that this park was pretty filled up. Unlike its emptiness today. Point being, how will folks behave on this bridge considering the social distancing rules in place? I reached out to the folks at Brooklyn Bridge Park but never got a proper response. 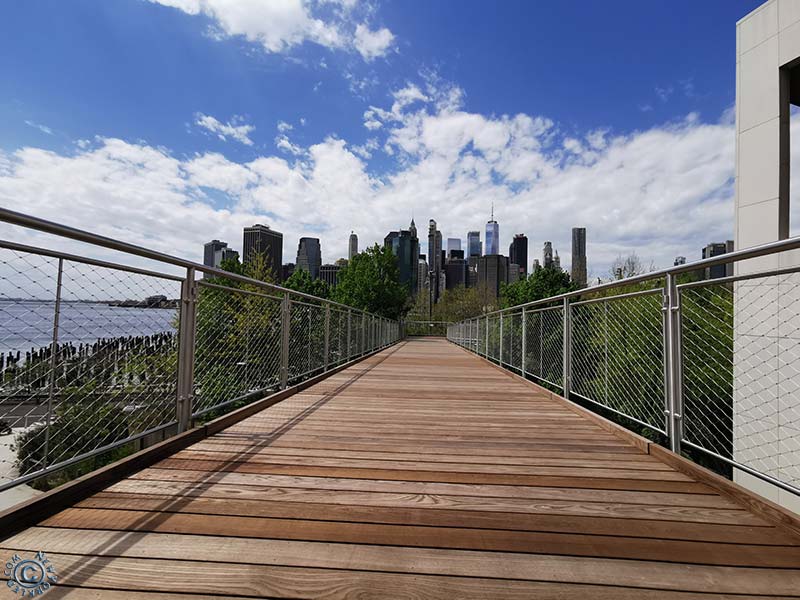 Here’s a view of the street below the bridge itself. 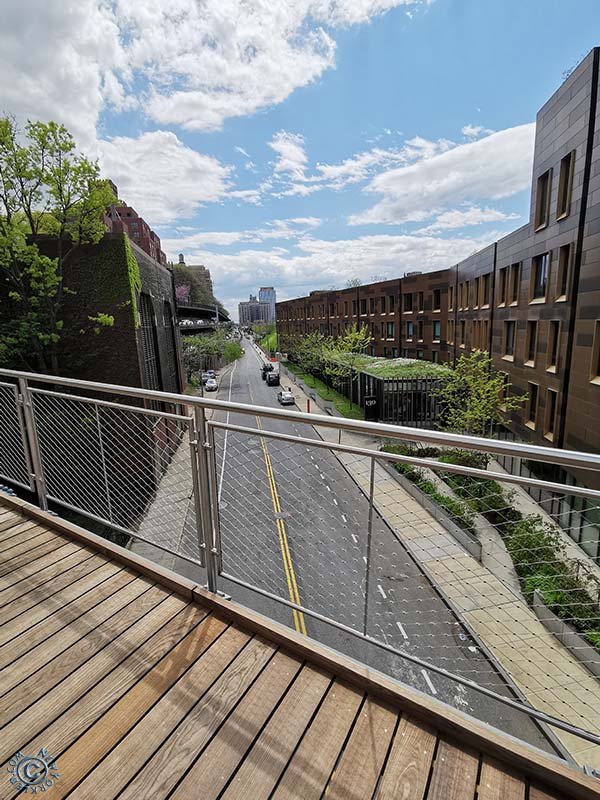