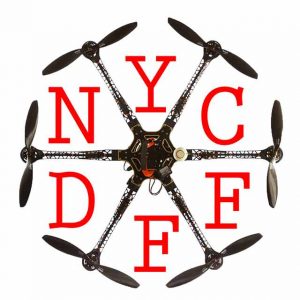 NEW YORK, NY, Dec. 8, 2016 — Submissions for the 2017 New York City Drone Film Festival, the world’s first and largest film festival dedicated to works filmed by drones, are currently being accepted through December 31, 2016.  To submit a film, visit www.nycdronefilmfestival.com
Awards will be presented in 13 categories, including narrative, landscape, extreme sports, still photography, and more. The festival will be held March 18-19, 2016 with the first day at NYU’s Skirball Center for the Performing Arts and the second day hosted at The Liberty Science Center.
To view some of 2016’s best drone footage, last year’s films in competition can be accessed at https://www.youtube.com/watch?v=jnFHotataNI
The Festival Jury includes Chase Jarvis (Photographer, Director), Ty Evans (Director), Philip Bloom (Cinematographer, Director), Nelson George (Journalist), Indrani (Photographer, Director), Eric Cheng (Facebook), and more to be announced.
The NYC Drone Film Festival is the world’s first and largest event exclusively dedicated to celebrating the art of drone cinema. The festival provides a platform for aerial filmmakers to showcase their work, shot anywhere in the world, emphasizing innovative storytelling, flight technique, and aesthetic beauty. The festival offers an international platform for filmmakers from every corner of the globe to exhibit their work in front of industry professionals and the drone cinema fan community.
Coronavirus