The Commuters at the NYC Port Authority Bus Terminal

Photo can be seen below on this page.

On a recent photo trek through Times Square we stopped off at the Port Authority Bus Terminal at 42nd Street and 8th Avenue in search a restroom. Such locales in our city can be such a comfort.
Whilst inside I stumbled upon an art piece depicting three commuters readying themselves for their departure as they appear prepared to enter through a door. Not seen within the included photo is a sign, facing the travelers, indicating the time (3:00) below the words: “NEXT DEPARTURE”.
Created in 1980 by American painter and sculptor, George Segal (November 26, 1924 – June 9, 2000) the piece is a wonderful representation of NYC as the transportation hub that it is with hundreds of thousands, if not millions, of people coming through the Big Apple on a yearly basis.
According to one piece at People magazine, the individuals featured within the related sculptures are comprised by actual people: Mr. Segal’s wife, a former student and the student’s wife.
It’s unfortunate that it’d taken me so many years to find this work of art. Of course, having stepped foot within the terminal for travel only a couple times in my life has a lot to do with it. 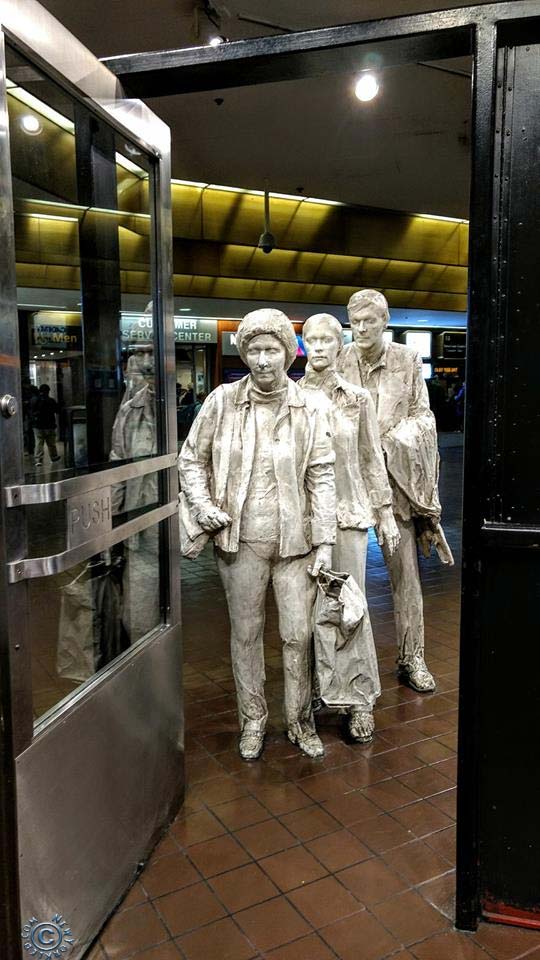