The Frustrating and Unsettling Dread of On-line Surfing 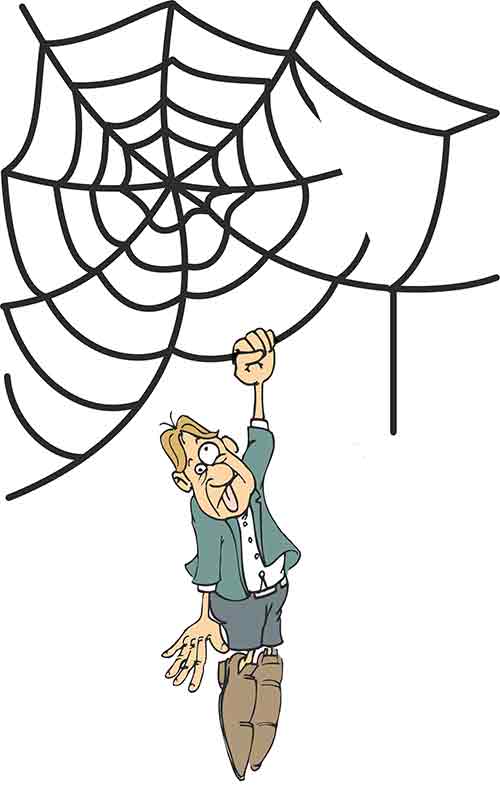 It seems like the Internet, as I’ve known it, is going to hell in a hand basket. With constant intrusions around every corner, it’s as if the on-line world has gone mad and devolved into a constant ‘Free for all’ sort of mentality. Sites which were once trustworthy and reliable are now getting in on the action. Whether on my desktop, laptop or my smart-phone there appears to be no escape from it all.
What I’m referring to is the seemingly constant barrage of advertising whether they be in the form of network and native ads or even a site’s own personal promotions. It’s as if the entire on-line world awoke one recent morning to the notion of using pop-ups for the sake of adding subscribers to their newsletter list; and if it wasn’t that then it’d be a nonprofit begging for money or even worse, a site bombarding you with one network ad after another through pop-ups, floating positions or sticky ones.
If those descriptive names don’t ring a bell then think of it this way. A floating ad is exactly that. An ad that materializes from a particular position or direction and continues along its path regardless of your own scrolling; or it could be seen simply as a stationary container that’ll appear on the screen, obstructing your view. A pop-up, is very similar to the floating version but is usually actually another browser screen appearing over the one you were at originally. One doesn’t need to be at full screen in order to be considered a browser window since obviously you could easily resize a browser window as you wish. A sticky ad will remain fixated on the screen. Many I’ve come across recently are comprised of a banner ad situated at the bottom of the screen. All of these usually offer a way for you to be rid of them through either clicking on a ‘close’ or ‘x’ button usually found in a corner of the ad, or of course by clicking on the ad itself, or following through on a set of instructions such as entering in your email for a newsletter subscription. Undeniably, the worst culprits are those that’ll cause you to lose your reading spot on the page after you’ve dismissed them.
You know, I swore I’d never allow this site to become as much of a nuisance as so many sites out there have become. Yet, sites like New Yorkled Magazine depend on the earnings brought in through advertising and the like. It would be hard to survive without ads. However, just because one can plaster ads all over the place doesn’t mean one should. Hell, I keep my ads on the side with a horizontal banner version above and below the main content of pages. That right there would be the extent of this site’s intrusiveness.
Enter AdBlock, and any other related browser plugins, into the picture. I’ve admittedly resorted to making use of these add-ons after one onslaught of on-line advertising too many. Alas it’s simply not enough since they’re not savvy enough to put a stop to all forms of advertising; and well, there’s nothing to be done about sites that’ll assail you with one self-promoting ad after another. A perfect example would be viral sites; or rather, the Internet’s version of the supermarket tabloid. How unfortunate though, that more and more reputable sites are inching closer to the definition of a tabloid.
Yet, I’ve jumped ahead of myself. Something I’ve come across more often lately are sites making use of Adblock detectors. Yes, they exist! The sites making use of them would recognize when my Adblock is activated and not allow me to go further into their site unless I deactivate it. Hence the subtitle of this column. I’ll be damned for making use of these ad blockers and I’ll be damned if I don’t. Quite the predicament, aye?
As I’d mentioned previously, it’s as if the Web is spiraling out of control with no end in sight. Going safely on-line anywhere these days appears to entail strapping on all forms of protection; no pun intended. All in the name of what’s often now an exasperating experience. Mind boggling how some of these sites don’t realize how they’re steering away their own followers and readership.
Have I got a solution? I’ve not the slightest inkling of a clue. If anything all I can offer up is a slight bit of insight into the future of on-line surfing. Be afraid, be very afraid.