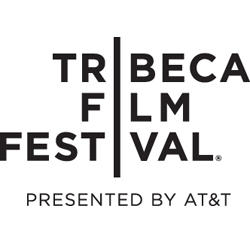 Celebrated Artists Paired with Notable Creatives Including Nelson George, Tom Hanks, Dustin Hoffman, Scarlett Johansson, Robert Rodriguez, and More for Intimate One-on-One Conversations
Audiences can Experience Live Podcasts Throughout Festival
New York, NY [March 20, 2017] – Be a fly on the wall of intimate, once-in-a-lifetime conversations between some of today’s most sought-after creative forces at the 2017 Tribeca Film Festival, presented by AT&T. The exciting, eclectic lineup of panels and discussions announced today feature the industry’s most critically and commercially successful filmmakers, artists, and entertainers, including: Noah Baumbach, Kathryn Bigelow, Kobe Bryant, Common, Lena Dunham, Jon Favreau, and Bruce Springsteen, as well as previously announced participants Alejandro González Iñárritu and Barbra Streisand. The Tribeca Talks® program will run throughout the 16th annual Tribeca Film Festival, taking place April 19-30.
Intimate one-on-one discussions are a hallmark of the Tribeca Talks: Directors Series and Tribeca Talks: Storytellers Series. Acclaimed directors participating in the Tribeca Talks: Directors Series include Jon Favreau in conversation with Scarlett Johansson, Noah Baumbach with Dustin Hoffman, and a conversation with Alejandro González Iñárritu. Now in its second year, Tribeca Talks: Storytellers, which spotlights pioneering creators who work across mediums to tell their stories, will feature Common in conversation with Nelson George, Kobe Bryant and legendary animator Glen Keane with Michael Strahan, a conversation with Lena Dunham and Jenni Konner, Bruce Springsteen with Tom Hanks,and Barbra Streisand in conversation with Robert Rodriguez. For the first time, the Festival will feature a Virtual Reality Premiere Talk Event with Kathryn Bigelow and Imraan Ismail. The popular Tribeca Talks: Master Class conversations return with a focus on specific sectors of the filmmaking process, including cinematography with Ellen Kuras, production and costume design, and creating sound and music for film.
“It is an incredible privilege to get a glimpse into the creative process of some of the most brilliant figures in film, music, and culture – and one of my favorite parts of the festival experience,” said Tribeca’s Paula Weinstein. “The Tribeca Talks series allows audiences to join the discussions, and offers a chance to peek into the minds of their favorite entertainers to better understand their creative journeys.”
Tickets for the Bruce Springsteen/Tom Hanks talk taking place at the Beacon Theatre go on sale tomorrow, March 21 at Ticketmaster via www.tribecafilm.com. Tickets for all other Tribeca Talks go on sale Tuesday, March 28, and can be purchased online at www.tribecafilm.com, by telephone (866) 941-FEST (3378), or at the ticket outlet located at Cinepolis Chelsea (260 W. 23rd Street). Also visit the 2017 Tribeca Film Festival App on iTunes and Google Play.

With media support from Entertainment Weekly
Today’s most groundbreaking filmmakers discuss their careers and highlights.

Filmmaker Jon Favreau will talk to actress Scarlett Johansson about his distinguished and diverse career as a director, successful across both indie and blockbuster franchises, ranging from the indie hit Swingers to the blockbuster Iron Man series. He will also discuss his initiation into virtual reality with Gnomes &Goblins ​and the landmark live action effort, The Jungle Book, truly embodying the spirit of a director who knows no bounds.
DATE: Friday, April 21
TIME: 5:00 pm
LOCATION: SVA 1

Academy Award®-winning filmmaker Alejandro González Iñárritu, one of only three directors to ever win consecutive Oscars and the first to do so in 65 years, will talk about his beautifully varied work on films such as Amores Perros, 21 Grams, Biutiful, Babel, and most recently, The Revenant. Iñárritu is the first Mexican filmmaker to have been nominated for Best Director and Best Producer in the history of the Academy Awards.
DATE: Saturday, April 22
TIME: 2:30 pm
LOCATION: SVA 1

Dustin Hoffman will speak with director and writer Noah Baumbach about his career, which includes his Academy Award®-nominated film The Squid and the Whale and the groundbreaking Frances Ha.
DATE: Monday, April 24
TIME: 6:00 pm
LOCATION: BMCC Tribeca Performing Arts Center

At a special VR premiere, Academy Award®-winning director Kathryn Bigelow and co-creator Imraan Ismail discuss their collaboration on Virtual Reality documentary The Protectors: A Walk in the Ranger’s Shoes. The experience, from National Geographic, Here Be Dragons, Annapurna Pictures, and African Parks chronicles a day in the life of the rangers in Garamba National Park. Conversation to be followed by the VR premiere.
DATE: Saturday, April 22
TIME: 8:15 pm
LOCATION: The Tribeca Festival Hub, located at Spring Studies – 50 Varick Street

Tribeca Talks: Storytellers
With media support from Entertainment Weekly
Some of today’s most innovative creators broke from traditional roles and pioneered their own forms of storytelling, often mastering multiple mediums. This series will celebrate the illustrious careers of those individuals who have broken from the mold.

Basketball great Kobe Bryant collaborated with visionary animator Glen Keane on an animated short film that explores what it is like to say goodbye to something you love. In an onstage conversation led by Hall of Famer, NFL analyst on Fox and co-host of Good Morning America, Michael Strahan, Bryant and Keane focus on what story means to them and what it is like to truly step out of your own lane.
After the Movie: Bryant and Keane’s conversation with Michael Strahan will follow a screening of Dear Basketball, Kobe Bryant’s inspiring poem, stunningly drawn to life by veteran animation director Glen Keane and set to the music of legendary composer John Williams.
DATE: Sunday, April 23
TIME: 4:30 pm
LOCATION: BMCC Tribeca Performing Arts Center

Beginning as a rapper in Chicago, Academy Award®, Golden Globe, and three time Grammy winner Common has crafted an impressive career as a renowned hip-hop artist and notable actor. Director/screenwriter Nelson George joins Common to discuss the power of the combination of film and music.
After the Movie: This conversation will begin with a screening of a never-before-seen extended version ofLetter to the Free, followed by a conversation with Nelson George and a live performance by Common.
DATE: Sunday, April 23
TIME: 8:00 pm
LOCATION: The Tribeca Festival Hub, located at Spring Studies – 50 Varick Street

Initially discovered for her original voice in breakout film Tiny Furniture, Lena Dunham has since gone on to win a Golden Globe for her performance in Girls, which was created by Dunham and is helmed by Jenni Konner, whose other work includes the series Help Me Help You. The duo also co-founded the media brand Lenny, home of the feminist weekly newsletter Lenny Letter (LennyLetter.com). In a can’t miss conversation, Dunham and Konner will discuss Girls, the industry, and the highs and lows of their careers.
DATE: Tuesday, April 25
TIME: 6:00 pm
LOCATION: The Tribeca Festival Hub, located at Spring Studies – 50 Varick Street

Widely recognized as an icon in multiple entertainment fields, Barbra Streisand has attained unprecedented achievements as a recording artist, actor, director, producer, concert performer, author and songwriter. Streisand has been awarded two Oscars®, five Emmys, ten Golden Globes, eight Grammys plus two special Grammys, a special Tony award in 1970, and two CableACE Awards – the only artist to receive honors in all of those fields of endeavor. She will converse on her unparalleled career and force field of creativity with filmmaker Robert Rodriguez.
DATE: Saturday, April 29
TIME: 6:00 pm
LOCATION: BMCC Tribeca Performing Arts Center

Kristi Zea, the venerated production designer who has collaborated with directors such as Martin Scorsese and Jonathan Demme, sits down with a prominent costume designer for a conversation about creating the overall look and feel of film.
DATE: Saturday, April 29
TIME: 3:00 pm
LOCATION: SVA 2

Acclaimed cinematographer Ellen Kuras, frequent collaborator with directors Michel Gondry and Spike Lee, takes you behind the camera, from choosing the right lenses to crafting a specific vision. Academy Award-nominated for her directorial debut documentary film, The Betrayal – Nerakhoon, she will offer tips and provide examples from her work on films including Blow and Eternal Sunshine of the Spotless Mind.
DATE: Sunday, April 30
TIME: 3:00 pm
LOCATION: SVA 2

This year the Tribeca Film Festival partners with Slate to offer access to podcasts covering culture and political humor, as well as the popular Gilbert Gottfried comedy podcast.

Slate’s Represent is a space for discussion about culture created by women, people of color, and those in the LGBTQ community. Host Aisha Harris dives deep into conversations with critics about the latest pop cultural news, and filmmakers in the industry about what they do and how they do it.
DATE: Monday, April 24
TIME: 6:45 pm
LOCATION: SVA2

The Tribeca Film Festival is a cultural event for the new age of storytelling that brings together visionaries across industries and diverse audiences. It celebrates the power of storytelling in a variety of forms – from film to TV, VR to online work, and music to gaming. As a platform for creative expression, independent filmmaking, and immersive entertainment, Tribeca champions emerging and established voices, discovers award-winning filmmakers and creators, curates innovative experiences, and introduces new technology and ideas through premieres, exhibitions, talks, and live performances.
The Festival was founded by Robert De Niro, Jane Rosenthal and Craig Hatkoff in 2001 to spur the economic and cultural revitalization of lower Manhattan following the attacks on the World Trade Center. With strong roots in independent film, the annual event has evolved into a destination for creativity, reimagines the cinematic experience, and explores how art can unite communities.

Find the Tribeca Film Festival on and use #Tribeca2017

As Presenting Sponsor of the Tribeca Film Festival, AT&T is committed to supporting the Festival and the art of filmmaking through access and innovation, while expanding opportunities to diverse creators around the globe.  As one of the largest communications and entertainment companies, AT&T helps millions connect to their passions – no matter where they are.
The Tribeca Film Festival is pleased to announce its 2017 Signature Partners: Alfred P. Sloan Foundation, Bai Beverages, Bloomberg Philanthropies’, Borough of Manhattan Community College (BMCC), CHANEL, EFFEN® Vodka, ESPN, IWC Schaffhausen, The Lincoln Motor Company, National CineMedia, Nespresso, New York Magazine, Nexxus Salon Hair Care, Nutella, NYC Mayor’s Office of Media and Entertainment, Spring Studios New York, TUMI, and United Airlines.

Passes and tickets for the 2017 Festival

Advance selection ticket packages are now on sale through the end of day on March 20th. All advance selection packages can be purchased online at tribecafilm.com/festival/tickets, or by telephone at (646) 502-5296 or toll free at (866) 941-FEST (3378).
Also available for purchase now is The Hudson Pass, an all access pass to screenings and talks taking place at BMCC, Regal, Cinepolis Chelsea, and SVA as well as full access to all events at the Festival Hub at Spring Studios, which includes VR and immersive projects, special screenings with music performances, and access to the lounges.
Single tickets cost $21.00 for evening and weekend screenings, $12.00 for weekday matinee screenings, $40.00 for Tribeca Talks panels and special screenings, $30.00 for Tribeca TV, and $40.00 for Tribeca Immersive. Single ticket sales begin Tuesday, March 28 and can be purchased online, by telephone, or at the ticket outlet located at Cinepolis Chelsea (260 W. 23rd Street). The 2017 Festival will offer ticket discounts on general screenings and Tribeca Talks panels for students, seniors and select downtown Manhattan residents. Discounted tickets are available at Ticket Outlet locations only.
Packages and passes are now available for purchase on the 2017 Tribeca Film Festival App, on:
iTunes: https://itunes.apple.com/us/app/tribeca-2017/id1208189515?mt=8
Google Play: https://play.google.com/store/apps/details?id=com.tff2017.android
Tickets for events at the Beacon Theatre and at Radio City Music Hall are available for purchase online only beginning March 21.